Dark-skinned girl in a white world 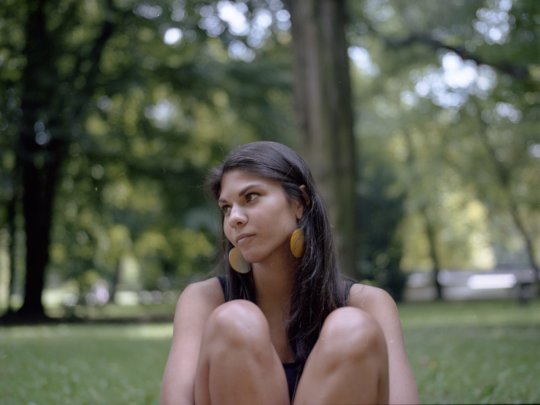 Natalia is 19 years old dancer, senior at high school and a living book. She became a part of the Living books project 3 years ago together with her parents. During the readings, she reflects on her life as an adopted child.

She was born on April 28th, 1996. „I was given life by a wonderful woman, who unfortunately died two months later due to hearth failure.“ Natalia’s father never acknowledged her as his daughter and never took interest in her, so she ended up in an orphanage.

Before adopting Natalia, her foster parents had been to many orphanages from Bratislava to Košice without any luck. They recall a story where they came to the orphanage in Prešov for the first time. The director asked them whether they were interested in white or Roma children. Her father realized that it was not going to be so easy, so he decided it did not matter to him and asked to see both.

They found Natalia’s stepbrother first. Her father then found Natalia in a room where everybody else was sleeping; only Natalia was screaming her head out. Her mother did not want to have a girl, but when she saw Natalia, she could not resist her. Natalia is very grateful for the adoption. She thinks that if her parents did not take her, or her mother would have lived, she would have probably ended up in a Roma settlement in Sabinov (where she is originally from), and would probably have been a mother of her own. She does not want to meet her biological father. She says that he gave her life, but that it ends there. Her grandmother was willing to take care of her, but when she realized that she would have to take care of Natalia’s siblings as well, she agreed to the adoption.

„As every child, I also attended preschool, which was hell. There I encountered racism for the first time – children refused to play with me even in preschool. One little girl asked my father why I was so dark. My father replied that it was because I drank too much cocoa. I started to use the same reasoning, but it only worked for a short time. ‘

At elementary school, Natalia had to get used to being humiliated. On her first day, she came back crying, because she was afraid of the reactions from her new classmates. Her mother then gave her strength by saying: „Natalia, you are an extraordinary human being, do not forget that. Nobody can ever humiliate you because you have dark skin, or because you have Roma origins. Think of it as a gift from your mother, which you were given and have to carry with you, as it might cause you problems.“

She was thrown banana peels at, she was locked in dressing rooms, in bathrooms, and she was hurt in many ways. At first, she did not know how to respond. She made up excuses not to go to school or to dance practices, only to avoid being harassed. In her final year at elementary school, her classmate told her, that she „should hang herself for being a Gypsy, and that if he was a Gypsy, he would have killed himself.“

When she was seventeen, she fell in love for the first time. After a year and a half long relationship, she encountered racism in love as well.

„My then boyfriend told me, that he could not go out with me anymore, because I was a Gypsy.“

It was hard on her and Natalia was afraid that she would have to deal with the same issue in her further relationships. After a while she told herself that this could not bring her down. „I told myself that I should actually thank him. He taught me that when somebody humiliates me, I have to rise above it, work on myself and make him see that he had made a mistake.“

At one moment, she realized that she was looking at all this from a wrong angle. When she was five years old, she started to dance. Later on, she did a lot of dance performances on TV shows and in concerts with famous dancer Laci Strike. Currently, she teaches children Latin-American dances. She told to herself: „Why? I am a normal person, just like anybody else, why should I hide myself?“

The Living books project helped her a lot. She joined the project thanks to Janette, who has been supporting Roma children and youth in Slovakia for many years. She admits that she ran away from the first training crying, as she was touched by the stories of Living books.

At first, she did not want to participate in the project. She was afraid that the readers might react to her story in a similar way to how she did. Finally, she decided that it was a right thing to do. When she realized, that by telling her story she might help somebody else who is dealing with similar issues, but does not talk about them, it changed her perception. She realized that there are dark sides of this work, but she should take it easy.

„It is difficult to have many readings during one session. You have to relieve the memories again and again. It is good that the person can talk out the experiences, but I most probably would not do it under other circumstances. However, I understand that the children really need to hear it. And not only children, but also adults, who might be carrying some issues with them. They need to see somebody like me. They might say to themselves: I have these issues, she has these issues, and somebody else has these issues as well. We are all on the same boat, but she is steering her boat in a different course and with different speed.“

Living books is a project by managed by Amnesty Interational Slovakia. Thank you for your support. 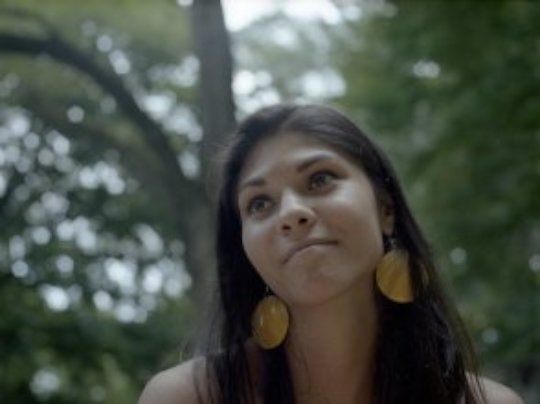 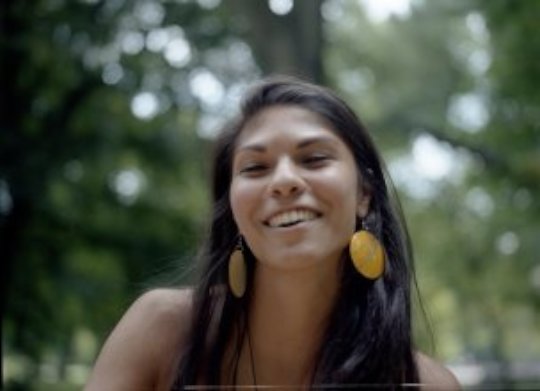 Dreaming about your own home

By Zuzana Zatloukalova - Project lead at MOST

Separate - supported housing comes with many challenges. Suddenly, you need to take care of your household, get your own food, manage your finances, or deal with official matters.

The more challenging thing is living alone for a person with a mental disorder. Being different does not mean that they cannot be independent.

Supported Housing in Dss - MOST, n.o. is a service for adults with mental health problems. Within five-year training program, our clients have the opportunity to try and stand alone to obtain the skills they would need for their independent life. Last year 2018, 11 clients used this service. One of them is Lucia, who has been our client for more than a year.

Lucia´s entering Supported Housing was a major change in her life associated with a lot of expectations. We bring to you an interview with her.

Lucia: "It was a step forward for me to join into Supported housing of Dss-MOST, ngo.  I became more independent and it was good for me also, that I could be sure that I had the opportunity to ask my assistant to be there for me and help me.  I have someone, whom I can consult my problems, life issues. This helped relieve me of stress, and I was more confident that I didn't have to worry that my health or mental condition would get worse."

Supported housing comes with responsibilities and challenges. Suddenly, you need to take care of your household, get your food, manage your finances, or deal with official matters. Especially for people who do not have enough experience in this regard, these can be very challenging tasks. That is why we try to provide our clients with as much support as possible so that they do not have to deal with it alone.  Each client has a "key worker"- assistant, with whom he / she works individually during the entire stay in the supported housing. During meetings, they both devote themselves to practicing various practical skills and in small steps, moving closer to achieving their goals. Just like our Lucia.

Lucia: “I'm happy with my key assistant – Monika. Together we are developing my plans to work for my independence, and I have the chance to discuss some of the things that may bother me.”

Although it is not always easy to follow your goals, the commitment and strength of our clients is great. And great is Lucia's dream.

"The biggest benefit is that we are working with my key assistant on what's going to be next after my leaving this supported housing. My dream is to be able to live alone. With my health limits, I can't give such performances as healthy people; I have limited options, so I don't have a big earnings opportunity. We were looking for possibilities that would be real to me, such as a generic, social apartment. "

Although each of our clients dreams of something else, all their dreams have something in common. It is a desire for independent and fulfilled life.

Help us to get rid of the myths and preconceptions, so mentally ill people can live better lives! 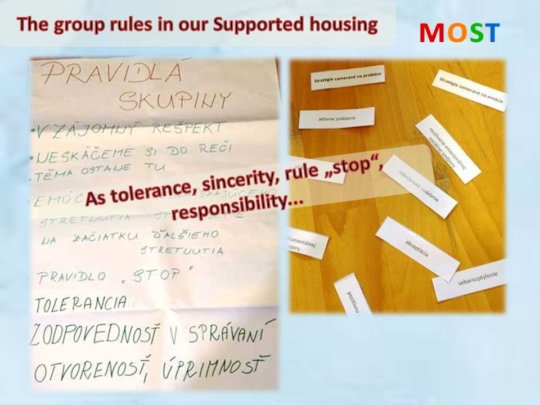 How Kubko with autism got lost ... and how we found him 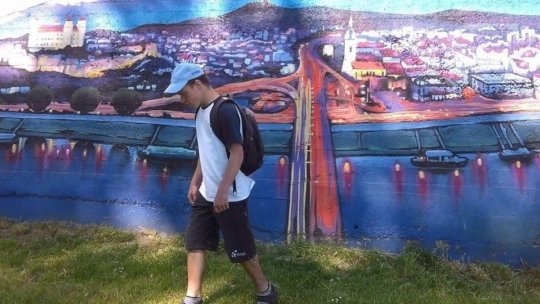 It was Tuesday and assistant Janka was on the way to pick up Kubko and Alin from school and take them to the Autistic centre Andreas.  It was a pleasant spring day and everything was as usual. Phlegmatic Alin was walking side by side with Janka and curious Kubko was walking a few meters ahead of them. A bus was arriving at the bus stop as they were approaching it. Kubko, who is eager to be the first, didn’t hesitate and got on the bus. Despite the fact Janka with Alin tried to open the closed bus door, the bus moved ahead. Kubko was sitting in the bus and Janka with Alin were disappearing out of his sight. What might have he been thinking about? Did he realize he was lost without his assistant? A lady who saw what happened told him: “Don’t worry, you can get off at the next stop and wait for them”. It was wise and logical advice but not for a twenty-one-year-old autistic Kubko. Kubko has never been in such a complicated situation alone without “his” close person. Nobody knows how the things would end up if Marika didn’t help.

Marika, a twenty-four-year old young woman/angel, who was aware of the situation decided to help. She got off the bus with Kubko and came back to the previous bus stop. Unfortunately, Janka and Alin weren’t there anymore. They decided to look for Kubko. They alarmed the parents, bus drivers, police and so on. They believed somebody would find him and accompany him.

In the meantime, Marika wanted from Kubko to remember the way back to school and take them there. Kubko was doing very well but halfway he got stuck. He might have said to himself: “Isn’t it too late for school? I have already been there today!” Marika didn’t give up. She was asking people passing by and searching on google. Finally, she found the school and called there. The school contacted the parents. It most probably isn’t necessary to describe how happy everybody was.

Such situations are any teachers or assistants’ nightmares. However, there are some positive aspects to look at. What would I do, what would you do in such a situation?  Are we ready to help? If angels are among us, they are like Marika. And they might be travelling in public transportation. Thank you, Marika!

This project provides various leisure activities for children with autism. One therapeutic hour costs 20 euros. Thank you for your support.

‹ 1 ... 4 5 6 7 8 9 10 11 ... 78 ›
WARNING: Javascript is currently disabled or is not available in your browser. GlobalGiving makes extensive use of Javascript and will not function properly with Javascript disabled. Please enable Javascript and refresh this page.