We want to thank every donor! 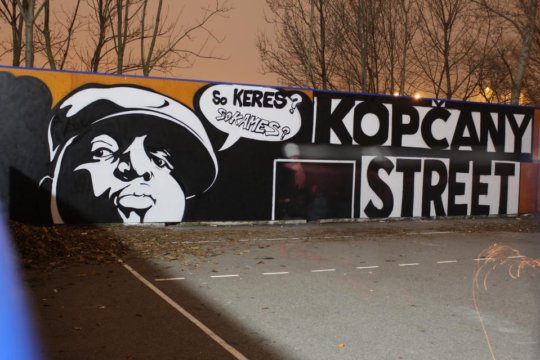 Charity checks tend to be passed on  the stage with words of gratitude and applause from those who receive them.

In Great Country we don't have a stage, but if we would like to personally thank to all donors from last year, we would need a stadium with 2393 seats! Just as many people donated through Great Country and because of it many great things happened.

128 888,12 eur has been collected from everyone! For 56 organizations, every donation means that you trust them and want from them to continue to do their job. And for that, in Great Country, we are immensely grateful to you.

How your donations changed Slovakia in 2016?

In Kokava nad Rimavicou they are buliding educational apiary for the children, so they can look into the fascinating world of pollinators in any weather. In Zajezova school, organization Zivica has built a biological sewage and completed an interactive garden. For these and other educational projects, you contributed especially during the "24-hodinovka".

In Bratislava's Kopcany young people under the guidance of experienced artists transformed part of the sports ground. From the former American rapper Notorious B.I.G., who grew up in very similar conditions as them, they came up with the idea that their rapper could speak Romani. Sprays for the whole painting were purchased from your gifts collected during #givingtuesday.

Highest priority (39% of gifts) was dedicated  to the disabled and socially disadvantaged people. Severely disabled clients of Nezabudka centrum were going to swimming and to the hippotherapy also thanks to you. Deafblind from Majak enjoy themselves in the new studio, which was built in the garden. Civic association "Nepocujuce dieta" brought good news after more than a year of effort, when the Ministry of Health approved the increase in reimbursements for hearing aids for deaf children. Parents of autistic children could relax knowing that it is taken care about them at the autism center Andreas.Thank you for all of these!

DePaul and the tenth year of our existence 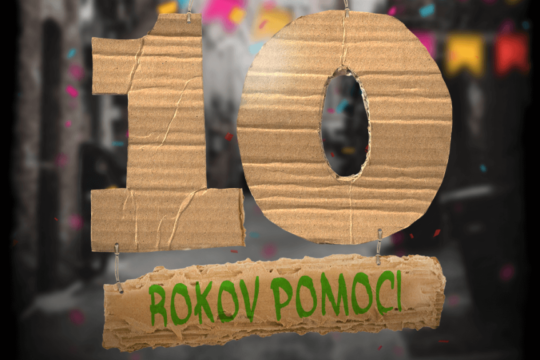 We made it through 10th year of our existence

Depaul Slovakia has completed the tenth year of existence. We are extremely pleased that more and more people support us not only financially, but also morally. We are grateful for every encouraging word, or positive feedback. We are looking forward to new challenges in 2017.

For all the stories we would like to offer one with Milan. It is people like Milan for whom is your support most important.

Thank you very much, we appreciate it.

Milan and his story
I was distributing drugs after the night service. Our new client just lied there with red liquid leaking from his mouth. Panic, I had almost called an ambulance, but as I was still new to Lujza I misspelled the adress. I was trying to wake him. Milan, do you live? How do you feel? And he laconically said: "What would I be?" I just bite into my gums.

So we met. And then the whole mountain of other winged sentences - raking in, one after another:

I'm not hungry for rice, but for bacon.

Are you going to fly out of the window madam?. You look so fluffy.

If you were death i would never die.

For the rare occasions he hung his white shirt next to the bed. When they were taking pictures of him for Nota Bene magazine, we had to iron it and he waited in the shirt two hours earlier before the shooting. Though - to start preparing several hours in advance for Milan was a necessity, the pace of life was, due to health problems, not only moderato, but largo (musicians know). He was in retirement age, total homeless, the family had reportedly claimed his housing, he had heart problems and legs carry him more and more cumbersome. He did not live long on the street, thankfuly. But still he had some debts, but again it was not the end of the world. He has been with us since the spring of 2016 and finally before Christmas 2016, the social workers managed to find Milan accommodation in a nursing home. We wish you all the best Milan! 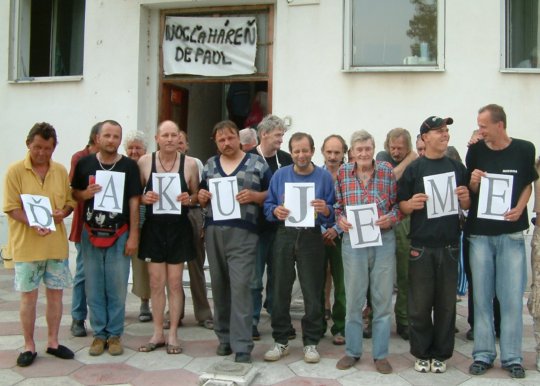 How we were building our apiary 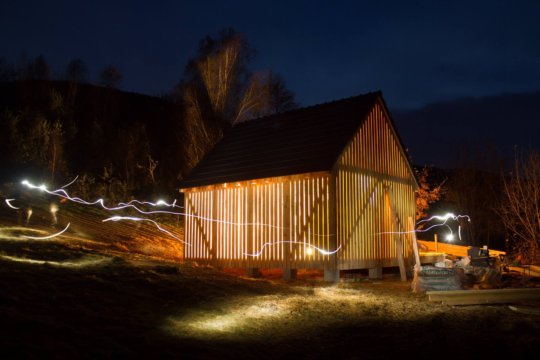 How we were building our apiary
It was a long journey of drawing, designing, permissions, papers, offices, managing and at the end hard and honest work.

The result is ready and worth the effort. You can see the whole process in this short video. It’s accelerated and fast just as the flight of the bumblebee.

Thank you! Without your help and your kind donations our Apiary would had been just a dream, thanks to you its real. In the next article we will tell you about the journey of building the Apiary and how your donations have been used.

‹ 1 ... 41 42 43 44 45 46 47 48 ... 78 ›
WARNING: Javascript is currently disabled or is not available in your browser. GlobalGiving makes extensive use of Javascript and will not function properly with Javascript disabled. Please enable Javascript and refresh this page.