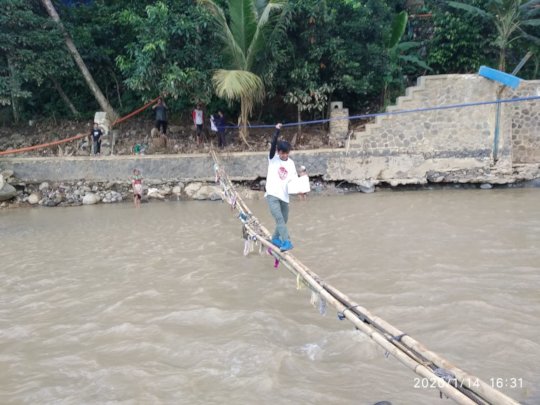 Cross the bamboos bridge to distribute the aid

Overnight rain that poured on Jakarta Metropolitan Area (Jakarta, Depok, Bogor, Tangerang and Bekasi) for more than 12 hours since Tuesday (12/31/2019) afternoon. The high rain intensity at the beginning of 2020 resulted in flooding that inundated much of the Jabodetabek areas. According to datas more than 150,000 thousand people evacuate from their homes in Jabodetabek, and more than 10,000 displaced people in Lebak Banten.

Responding to the magnitude of the impact of flooding in Jabodetabek, Aksi Cepat Tanggap Foundation has taken action in this emergency response phase. The handling of the emergency response phase included evacuation, the provision of medical services, the establishment of humanitarian posts and public kitchens, as well as the distribution of aid packages.

Aksi Cepat Tanggap Foundation have implemented total disaster management, starting from the emergency response phase to post-disaster recovery. In this emergency response phase, our teams have been on standby since Tuesday (1/1/2020), and are spread across multiple locations that were most severely affected by flooding. ACT Team prioritize the evacuation of trapped residents, then simultaneously with the distribution of aid through our humanitarian vehicles.

In the emergency response phase, Aksi Cepat Tanggap Foundation has deployed 5 rescue teams to the flood-affected areas, to evacuate of residents who trapped in their homes by the flood. There were severely affected area by the flood, such as Pondok Gede Permai (Bekasi City), Ciledug (Tangerang City), Bidara Cina (East Jakarta), and others.

Aksi Cepat Tanggap Foundation establish 14 Regional Command Posts, each of which oversees 3 Central Regional Posts, including 5 posts in Jakarta, 3 posts in Tangerang, 2 posts in Bekasi, 2 posts in Bogor, 1 post in Depok, and 1 post in Karawang. Public kitchens has been set up to provide food to the flood-affected residents, both those who stay in their homes and those who are displaced. Simultaneously, distributes clean water and basic aid such as blankets and clothes for the flood-affected residents.

The long-term recovery project have been starting in areas those severe damages by flood since now. For example, re-build schools, bridges, and other public facilities in Lebak, Banten, Indonesia.

We kindly thank you very much for your generousity and sincerity to help affected people, your help really impact the unfortunate community in Indonesia. 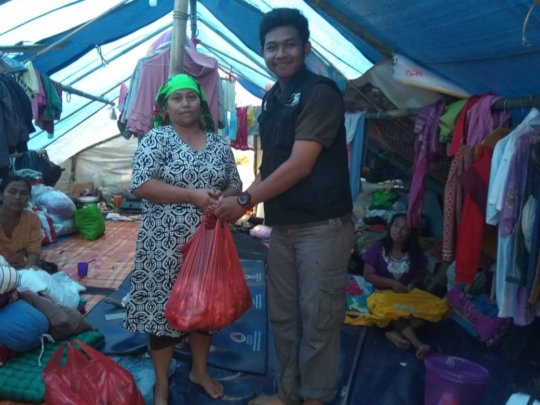 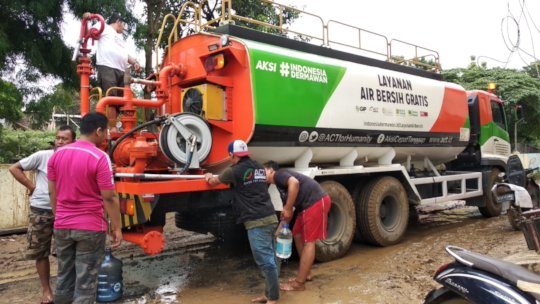 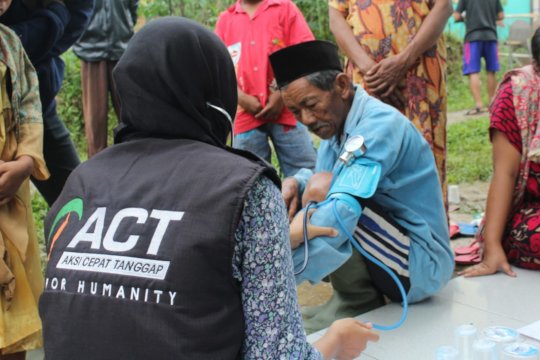 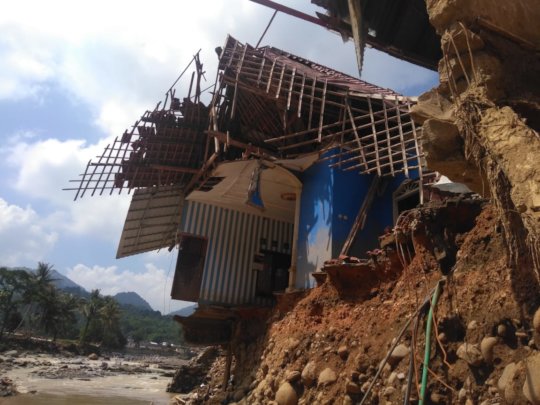 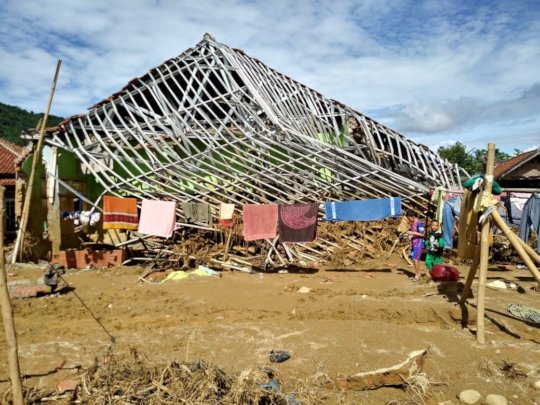 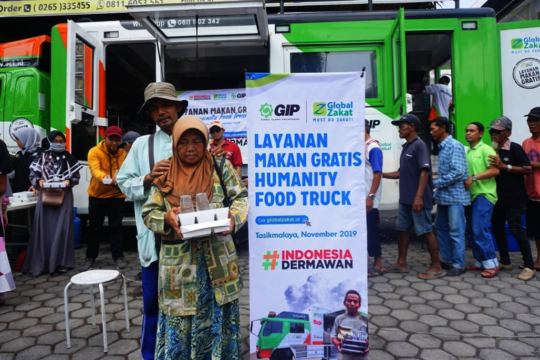 I trust all of you are doing very well.

I would like to inform you that ACT team has been distributed cooked meals in Tasikmalaya, West Java, Indonesia.

Hundreds of residents of the City of Tasikmalaya were happy to receive nutritious food from the Humanity Food Truck, Sunday (11/24). As many as 500 prepared meal packages were distributed to residents around the Grand Mosque of Tasikmalaya City.

Muhamad Fauzi Ridwan from the ACT Tasikmalaya Program Team said that the targets of the Humanity Food Truck were poor people such as homeless children, scavengers, parking attendants, janitors, and pedicab drivers. "This program is an implementation of the zakat fund. It must be delivered to rightful beneficiaries," he said.

The residents were very grateful for the meal distribution. "Thank you. Alhamdulillah for the free lunch. It so happened that today I haven’t got any passenger yet today. Without money, I can’t buy any lunch. I will never forget this, thank you, ACT," said Deni (66), a pedicab driver.

On behalf of ACT Foundation I highly thank you very much for your continues support for Indonesian communities. 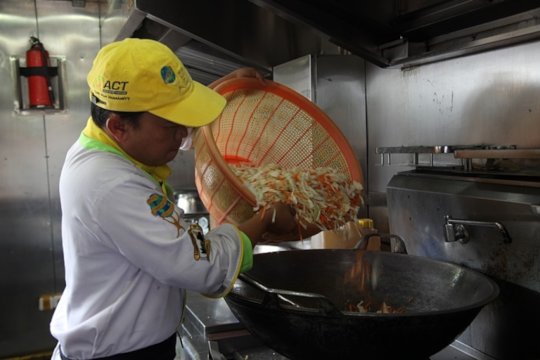 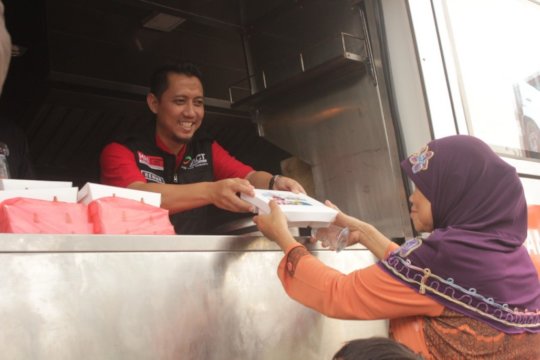 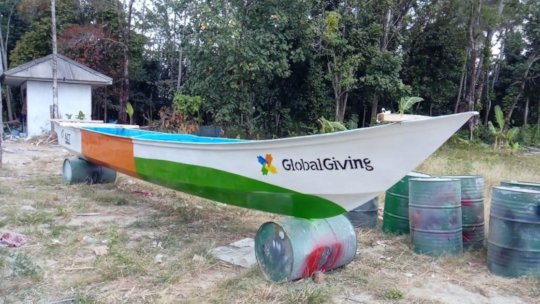 In Saturday, 22nd of December 2018, at 21.27 WIB. The volcanic activity of Anak Krakatu volcano caused tsunami and hit the area of Pandeglang, Serang, South Lampung and Tanggamus.

Aksi Cepat Tanggap  together with Indonesian Volunteer Society Responded swiftly in those 4 affected areas : Pandeglang, Serang, South Lampung and Tanggamus. Since Sunday (23rd of December) till mid of March 2019, our team are continuously helping on the evacuation and emergency responses. The final total victims are passed away: 429,  injured: 1.485, missing: 154, refugees: 16.082, damaged house: 882

For the recovery program, Aksi Cepat Tanggap had been distributed 3 fisherboats for fishermen who are the victims of tsunami, Sunda Strait - Banten - Indonesia. Fisherboats distributed to local fisherman in Sumur, Banten Indonesia which is one of the most affected areas in Banten.

For your information, the project had been totally implemented and we will close the project and thank you very much for your continues support. 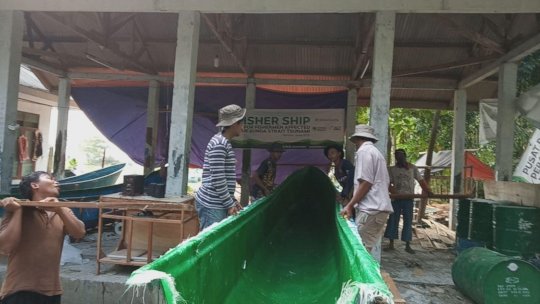 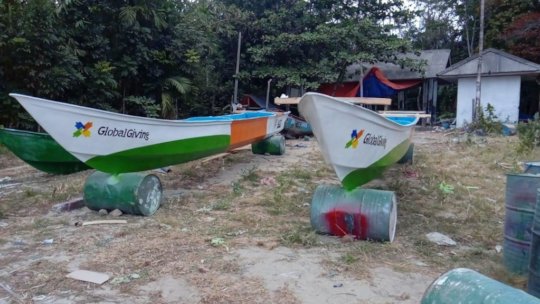 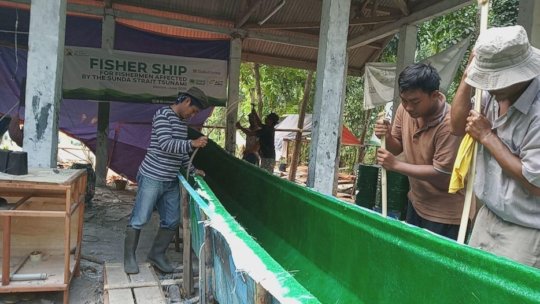 Global Giving Fisherboat_4
‹ 1 ... 6 7 8 9 10 11 12 13 14 ›
WARNING: Javascript is currently disabled or is not available in your browser. GlobalGiving makes extensive use of Javascript and will not function properly with Javascript disabled. Please enable Javascript and refresh this page.