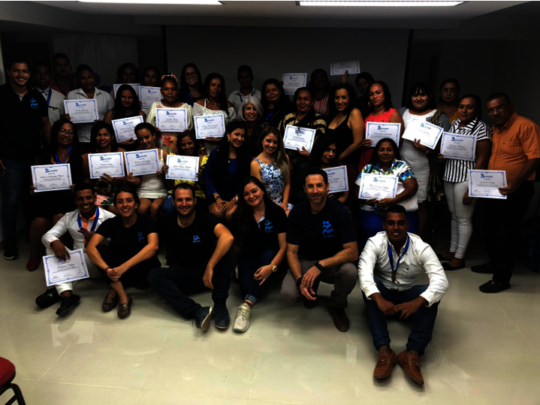 Latin America's worst-every refugee crisis continues, as thousand flee Venezeula across borders, seeking a better life away from inflation and political unrest. Some 4 Million Venezuelans have settled in Colombia, where many are in need of urgent support. As the situation on the ground exacerbates currently existant protection mechanisms, there is a stark need to improve the the framework to ensure that vulnerable communities, including childern, recieve the care they need.

IsraAID's emergency response team first arrived in Colombia in May 2019 to conduct a needs assessment and begin implementing programs to support the influx of refugees. In the subsequent months, IsraAID's team identified high need in the city of Barranquilla, where few other humanitarian actors are engaging in aid work. Since then, IsraAID has established two Child Friendly Spaces to provide daily activities for children, and provide high-quality Protection resources for families and the wider community.

In November, IsraAID Protection staff ran a training for local community members and service providers on Mental Health and Psychosocial Support tools. 35 leaders and professionals from the community were identified to to participate in the 5-day training, which focused on administering Psychological First Aid, facilitating child-friendly activities to create a safe space for children to express themselves, and basic introduction to case maneagement and how to access the existant referral system for children.

Another set of training, targeting 30 community mobilizers, offered "Introduction to Protection" to increase public awareness of these issues and their capacity in responding to children and other vulnerable community members' needs.

Eight different organizations sent participants in these trainings, including the Ombudsman Office, the Colombian Red Cross, the Colombian Institute of Family Welfare, the office of the governor, Americares, the Childhood and Adolescent Police, and the Ministry of Health.

Through this, and IsraAID's other programming on the ground, we are working to ensure that refugee children and their communities recieve the services they need toward establishing positive lifestyles in their new homes.

Thank you for supporting this work! 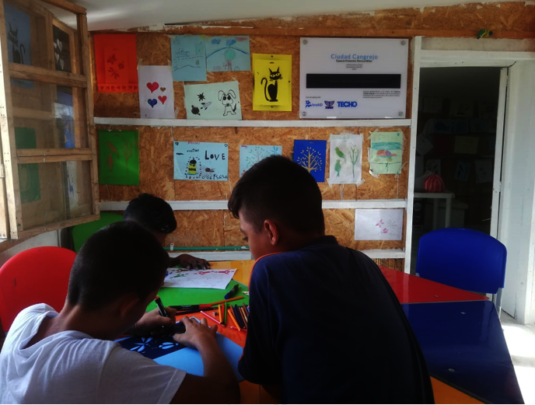 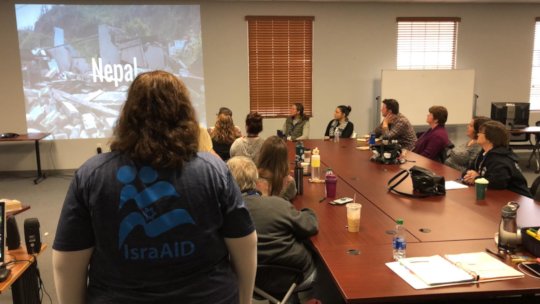 Hurricane Harvey thrashed Houston in August of 2017, making landfall as a Category 4 hurricane and recorded as the wettest tropical cyclone on record in the United States. The floods inundated hundreds of thousands of homes, displacing more than 30,000 people and requiring the rescue of more than 17,000 individuals. Total damage from the hurricane is estimated at $125 billion, making it among the costliest natural disasters ever to hit the United States. Throughout Texas, approximately 336,000 people were left without electricity. Across the state, 103 people died in storm-related incidents: 68 from its direct impact, including flooding, and 35 from indirectly in the hurricane's aftermath. By August 29, 2017 approximately 13,000 people had been rescued across the state while an estimated 30,000 were displaced. An estimated 25–30 percent of Harris County, roughly 444 square miles of land, was submerged. Two years after the hurricane, recovery efforts are still underway. IsraAID and its partner organizations are still on the ground supporting the community following Harvey's devastation. IsraAID is helping to create a coalition of organizations prepared to respond to future disasters, a process that was implemented in December.

The aim of the workshops was to facilitate dialogue between the participating partner organizations participating toward creating a clear lessons-learnt process that will inform future emergency preparedness plans. The workshop consisted of four different stages, to complete an asset mapping process and produce a final report with guidelines for the disaster readiness plan based on IsraAID's global expertise in Disaster Risk Reduction efforts.

Over the four stages of the program, 12 organizations sent representatives to participate. More than 30 executives from a variety of community organizations attended, providing key experiences from the hurricane that will inform the basis of the emergency response plan toward the future. IsraAID professionals facilitated each session, providing a framework for feedback and processing, as well as constructive thinking toward best practices in the future.

One participant, Keri Saratovsky, the President of the Jewish Federation of Greater Houston, explained, "the workshop has initiated a process of creating a stronger and more coordinated community response in the face of future emergency events. The workshop emphasized the resilience we already possess as a community, and IsraAID shed light on how this could be capitalized on and directed towards a community-wide effort of disaster readiness. The existing capacity of the community, along with IsraAID Disaster Risk Reduction expertise and their continued support, will enable us to rally the community in sharing efforts and better prepare for future disasters."
Thank you for your support of this program!! 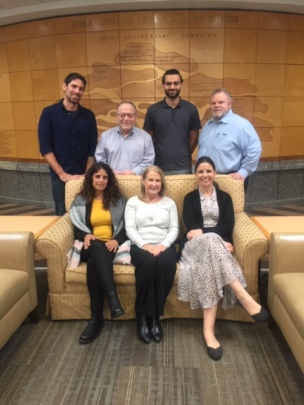 Water, Sanitation, and Hygiene in the Bahamas! 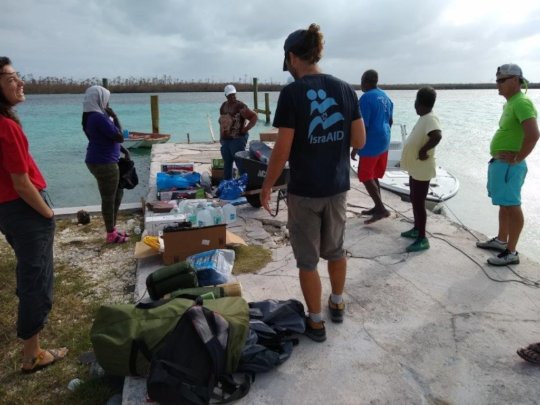 IsraAID’s Emergency Response team arrived on the ground on September 5, 2019 and launched a rapid needs assessment to identify areas of intervention. IsraAID, in collaboration with its partners in the Bahamas focused on three main sectors of work: relief item distribution, providing Protection services and psychosocial support, and implementing Water, Sanitation, and Hygiene programs to return access to safe water to affected communities.

IsraAID’s first water expert arrived in the Bahamas in early September, to asses and ascertain the major interventions needed on Grand Bahama. The team met and established partnerships with a variety of key local water actors, including the Bahama Water Authority, the Grand Bahama Port Authority, and other NGOs providing immediate support on the island.

Upon arriving at the heavily-affected High Rock district located in the eastern part of Grand Bahama, the team detected and tested fresh water in numerous private wells. The team distributed 4 Sawyer water filters and trained local community members on their use, thus making this fresh water safe for drinking.

Unfortunately, the situation on High Rock was an isolated scenario. Other wells across the island were tested and had suffered high levels of salination, rendering Sawyer water filters insufficient to ensure water safety. The WASH engineer visited and tested additional communities and locations across the island, including Sweetings Cay, an area accessible only by boat from the eastern point of Grand Bahama, which had been devastated by Hurricane Dorian.

On September 29th, the team launched a widescale partnership with Israel’s Ministry of Foreign Affairs, to establish water distribution centers. The first was established in Pineridge Urban Renewal Center located in Freeport, followed by two additional centers at Pinder’s Point and Eight Mile Rock, allowing the IsraAID team and its partners to provide more than 30,000 gallons of safe water over 4 weeks.

IsraAID’s WASH specialists continued to test the water in existing wells, and to track salinity levels, as well as the speed of the aquafer healing rate using specialized kits and GPS technology. An Israeli government hydrologist joined the IsraAID WASH team in October.

IsraAID’s WASH experts succeeded in providing water measurements and samples for a total of 25 wells on Grand Bahama and 25 wells on Abaco. These tests and measurements are currently being processed by the Grand Bahama Water Authority, to create a plan moving forward and addressing long-term water safety programs for residents of these islands. 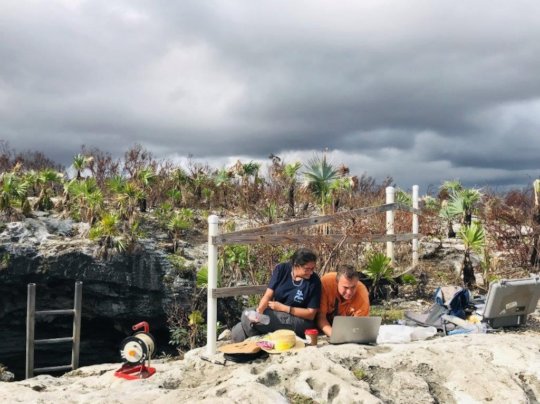 ‹ 1 ... 5 6 7 8 9 10 11 12 ... 106 ›
WARNING: Javascript is currently disabled or is not available in your browser. GlobalGiving makes extensive use of Javascript and will not function properly with Javascript disabled. Please enable Javascript and refresh this page.