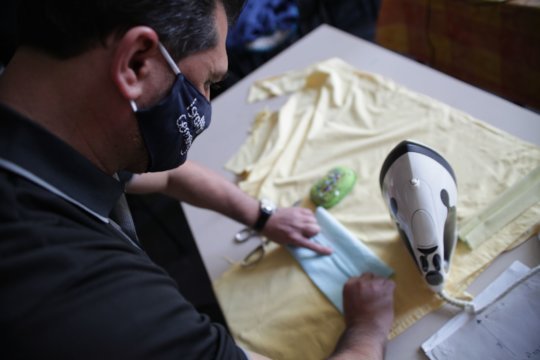 It is a one of a kind project: refugees sewing protective masks for Holocaust survivors in the projects of IsraAID Germany. Towards the beginning of the COVID-19 pandemic, our refugee volunteers began making 150 masks each week in Berlin, Frankfurt, and Stuttgart, and donated to Holocaust survivors and other persons in need. So far, more than 30 persons with a refugee background took part in the initiative, and over 1,000 masks have been made and distributed. The project was enabled through the close cooperation with our local partner and their different project that support elderly holocaust survivors.

“We are very happy and grateful that young people, who came to Germany as refugees just like us, are thinking of us and have made these masks for us”, said Marius. Marius, now 79 years old, survived the Chernivtsi Ghetto as a child and came to Germany also as a refugee.

Marah*, originally from Syria and in Germany since 2015, says that she has learned in the Leadership and Participation project of IsraAID Germany “how we can be role-models within our communities and to be able to do that we have to deal with the history and circumstances in Germany. Many people think that we Muslims are automatically anti-Semites. I hope that with this work, we can show that this is not true. It was a moving experience for me to be able to hand over the masks to elderly people who survived the Holocaust, which I only really learned about in the last few years.”

Anna, Project Manager, is also extremely satisfied with the project. “The program was born out of necessity and has developed really well. Giving people meaningful tasks automatically leads to a change in mood, increase in confidence, and motivates them for other activities. At the same time, we can create acceptance of the refugees among the host society. By doing this, we are bringing together two groups who would otherwise seldomly have contact with one another.”

We appreciate your continued support while we continue this program in Germany. 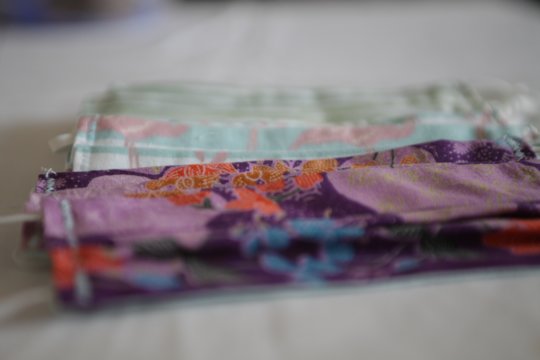 Adaptation during the COVID-19 pandemic 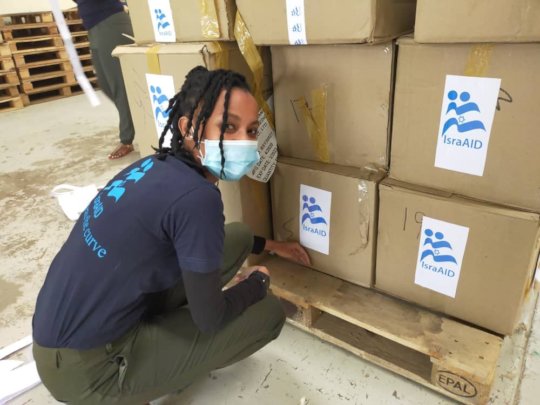 IsraAID Kenya’s programs, since 2012, have focused on strengthening community-based and institutional capacities to support refugees and host populations exposed to poverty in the sectors of Mental Health, Protection, and Medical Care, to ensure Kakuma is a place of opportunity. We operate 3 Child Resource Centers (CRC) in Kakuma and Kalobeyei area, providing daily MHPSS (Mental Health and Psychosocial) interventions for children. In the months since COVID-19 began to spread, IsraAID Kenya has shuttered the doors of our Child Resource Centers in accordance with government regulations to close educational institutions toward preventing the spread of the virus.

Within these circumstances, IsraAID’s Child Resource Centers in Kakuma and Kalobeyei remain closed. In partnership with a local youth community-based organization, we have shifted to overcome the current barriers to providing Protection and Psychosocial support to our beneficiaries, by adapting our service provision models to virtual and remote approaches, shifting to home visits and other small group structures to facilitate a safe environment, and creating temporary projects relevant to this current period. As such, IsraAID’s programs have changed with COVID-19, shifting toward achieving the following goals:

Thank you for your continued support for our projects in Kenya. 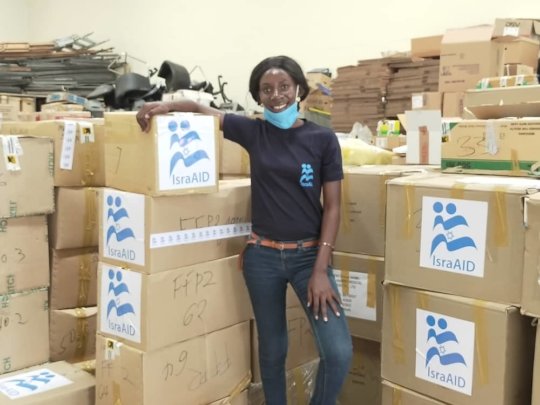 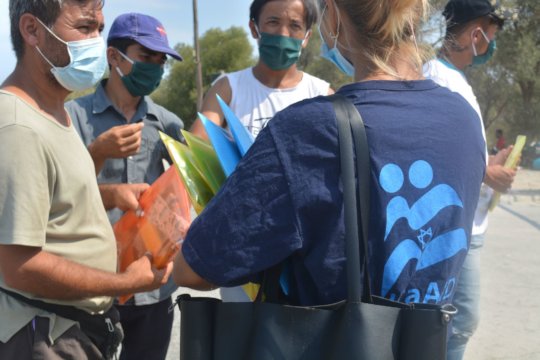 On September 8, 2020, a fire broke out in Moria Refugee camp, located on the Greek island of Lesbos. Moria was home to some 12,000 refugees from Afghanistan, Iraq, Iran, Syria, and various countries in Africa, and was infamous for its harsh living conditions as the largest refugee camp in Europe. The ongoing Coronavirus pandemic has made the situation on the ground even more tenuous, with more than 20 confirmed cases of COVID-19 among those who previously resided in Moria.

Currently, refugees who lived in Moria are living on the streets surrounding where the camp, behind police barricades, where Moria used to stand. Vulnerable populations from Moria—specifically single women and families, have been moved into a new temporary camp adjacent to the Kara Tepe Accommodation Center located nearby, which can accommodate 5,000 people. The 400 unaccompanied minors and separated children who lived in Moria, have all been accepted by other European countries, led by France and Germany, for relocation.

Amid the extremely challenging circumstances on the island, the IsraAID team is working with our partners on the ground, including the UNHCR, to distribute urgently needed non-food items to affected populations. The team has already conducted a distribution of tents and battery banks, led by refugee leaders from IsraAID’s programs in the community. We have also provided 1,500 hygiene kits with items such as soap, hand sanitizer, reusable face masks made at our refugee community center in northern Greece, diapers, and female hygiene items for those living on the streets and in the fields. In addition, our Psychosocial Support and Protection coordinators have compiled children’s activity packs for children under the age of 8 and a separate kit for those older, to distributed to 100 children living under these circumstances. These kits include arts and crafts materials, drawing paper and mats, and children-sized masks.

Osama (name changed to protect identity), a teacher at IsraAID’s school for refugee children on Lesbos, is currently stuck in the zone behind police barricades, where he and his family are sleeping on the street. Due to current restrictions to prevent the spread of COVID-19, there has been extremely limited access to this area, and Osama and his family have been without sufficient food and hygiene items over the past days. The IsraAID team has been in close contact with Osama over the last days, and succeeded in getting a box of essential items to him and his family. Despite the extremely dire conditions in which Osama is living, he has been active in supporting the rest of the staff on the island, and is encouraging them to keep providing as much assistance as possible to other refugees affected by the situation. The whole team is hoping that Osama will soon be able to rejoin the team physically soon to help conduct distributions and psychosocial support interventions.

Thank you for supporting IsraAID's work in Greece during this challenging period. 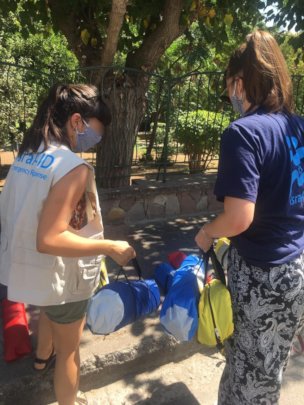 1 2 3 4 5 6 7 8 9 ... 108 ›
WARNING: Javascript is currently disabled or is not available in your browser. GlobalGiving makes extensive use of Javascript and will not function properly with Javascript disabled. Please enable Javascript and refresh this page.