Greeting to you all from the special children of Sri Arunodayam,

I am happy to share our latest newletters with you. I hope it will give you a glimpse of what has been happening at Sri Arunodayam.

With your financial support and wishes, Sri Arunodayam is taking care of 120 children today. All these children were abandoned by their biological parents. Children are housed in 3 different buildings according to their needs and age.

We have decided to reach out to all our existing donors with this newsletters on a monthly basis. I hope it will help us to stay connected with each other.

We wish you happy reading. Thanks for all your help and support towards our children. 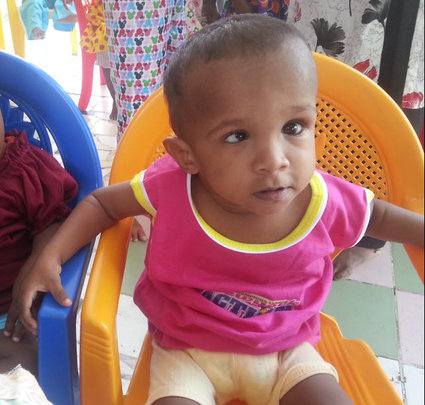 We bring you the story of Mento who is improving every day. This story will help you understand that like all of us, differently abled children also need love, care, attention and little support to express their selves beautifully.

When Mento was one year old, he was found abandoned in Theni district in Tamil Nadu. Left at the Government Hospital in Andipatti, the District Social Welfare officer rescued the child and sent him to an adoption agency. Mento has developmental delay and squint in both eyes, he requires special rehabilitation and care. The Department of Social Welfare sent the child to Sri Arunodayam.

Mento was admitted into Sri Arunodayam on 22nd November 2013. At the time of admission he was totally dependent on others for his activity of daily living. He was hyperactive, could not stand or walk and movement was by bottom shuffling.

Listen to Physiotherapist Naveena – When Mento came to Sri Arunodayam, he had neck control, but could not sit stably. He would lean forward in the sitting position. I worked to strengthen his back muscles and now, he is able to sit upright without support. Now, we are working to strengthen the lower limbs and he is able to stand without support. He can walk with support. There is tightness in the hamstrings and I give stretching exercises to alleviate the tightness.

Mento is very smart and is good in grasping concepts. I just need to demonstrate an activity once and he would repeat it perfectly. He is a lovable child. All he needs is love, care and a little support to become independent.

Valli, the Special Educator talks nineteen to the dozen about Mento, Oh this child! He would never sit in a place, loves to explore the room. He is very attentive, I teach him to string beads and solve puzzles once and then he does it on his own. He is very friendly with another child, Sai Lakshmi. He would look out for her in the classroom and sit beside her, play with her. Even during mealtimes, he insists on sitting with her. When older children call him to join in their play, he plays with them but prefer to be alone or with Sai Lakshmi.

In about seven months, Mento has improved tremendously. Sri Arunodayam team is happy about it and they are enthusiastic about working harder to give Mento a better life. 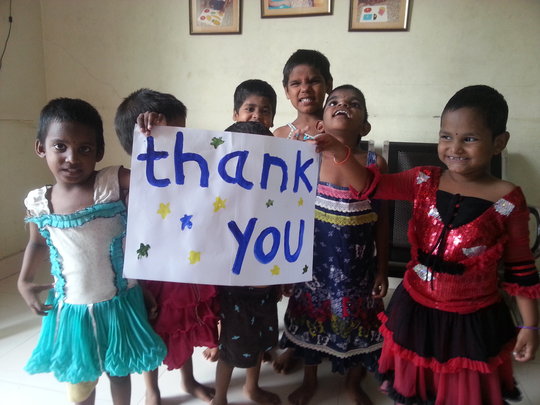 Children from the babies Unit

Greeting to you from the speical children of Sri Arunodayam,

I hope this report finds you well and in good spirits. With all your support and wishes, Sri Arunodayam continues to provide care for the mentally challenged children who have been abandoned by their parents.

Today, there are 115 special children under the care of Sri Arunodayam. Such quality care, protection and rehabilitation are possible only because of your continued support and patronage. Thank you so much once again.

Our project Support Abandoned Mentally Challenged (# 2756) has been fully funded. We thank you.

Now, we have a new project on the same title - Support Abandoned Mentally Challenged - (#15258) with our current needs for the children. We request you to extend your support for this project and help Sri Arunodayam to continue its mission.

On behalf of all the children at Sri Arunodayam I would like to place my sincere & hearty thanks for your magnanimous support.

Link to the New Project 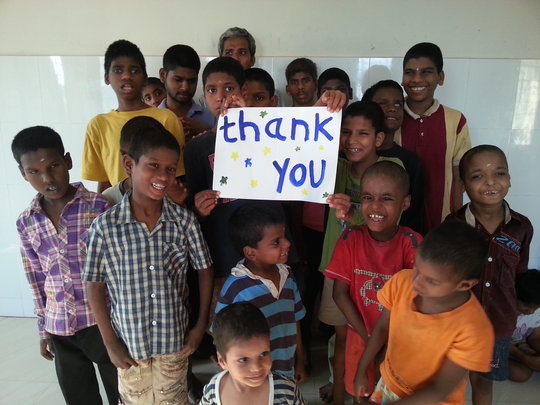 ‹ 1 ... 14 15 16 17 18 19 20 21 ... 25 ›
WARNING: Javascript is currently disabled or is not available in your browser. GlobalGiving makes extensive use of Javascript and will not function properly with Javascript disabled. Please enable Javascript and refresh this page.