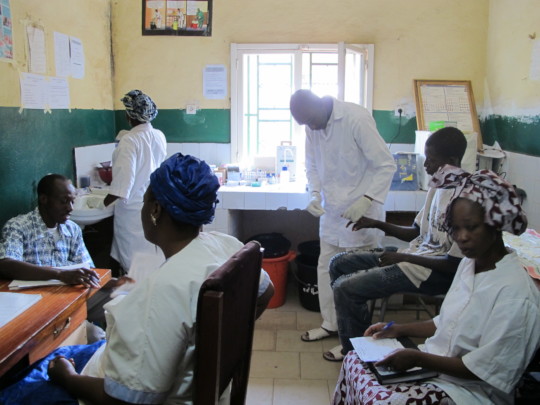 In the first 5 months of 2020, GAIA tested a total of 546 pregnant women for HIV at the Sikoro Health Clinic as part of the Mother to Child Transmission Prevention Program. As always, we have continued to provide counseling services to women who accept them, as well as connection to resources and access to antiretroviral medication for anyone who tests positive. Testing has continued through June and July, and more recent figures should be available soon.

In addition to these women, another 163 women (of a total of 197 individuals) received HIV testing by the end of May through the Sikoro Free Testing Program at Hope Center Clinic. Access to free testing is essential to maintaining the health of the community, connecting HIV-positive individuals to the necessary resources, and dismantling the stigma around living with HIV.

As the number of active COVID-19 cases is stabilizing and daily new cases are mostly declining, it is crucial to increase access to HIV testing. Lockdown circumstances and social distancing measures have presented a potential obstacle to HIV testing and treatment for some. GAIA continues to test pregnant women and other community members, and we are focused on the mission of Born Free of HIV in West Africa as we navigate these unprecedented times. 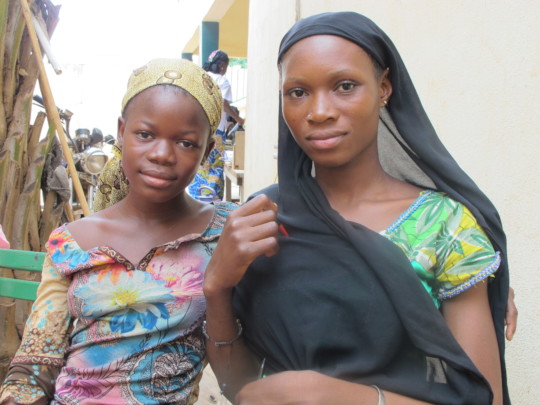 A result of the cumulative effects of widespread poverty, frequent droughts, armed conflict, political turmoil, intercommunal violence and population displacement, the dire food and nutrition situation in Mali has been severely compounded by the ongoing COVID-19 health crisis. Latest alerts from government-run early warning systems report that the current pandemic has been estimated to negatively affect the food and nutrition situation of an additional 5 million people in Mali. This includes 2.4 million men, women and children who are unable to meet their basic food and nutrition needs and require emergency food assistance. This is of particular grave concern among already vulnerable and disadvantaged populations in Malian communities, such as HIV+ individuals. In a UNAIDS report, when asked, “Would you buy fresh vegetables from a shopkeeper or vendor if you knew that this person had HIV?” 46% of Malians responded “No,” hinting at the deep-rooted levels of stigmatization against HIV+ individuals.

This is where the l'Association de l'Espoir, “Sikoro Hope'' support group for people living with HIV and the nutritional support program come into play. These two programs are essential resources to the HIV+ community in Mali for many reasons: nutritional health of people receiving ARVs, stigma-reduction activities, and community building. The l'Association de l'Espoir, “Sikoro Hope” is a support group with the mission of fighting the social stigmatization that affects people living with HIV in Mali. Allowing for participants to share their personal experiences and emphasizing the importance of preventing further transmissions, the group provides a critical support system to address the initial shock of the HIV+ diagnosis for new patients.

Moreover, the program provides healthful meals to patients and their families. Meals are prepared by HIV+ patients for HIV+ patients and their families twice a week via the Nutrition Program. The Nutritional Support Program was created in 2008 in response to concerns about patient adherence to ARV treatment. GAIA VF’s doctors detected that food insecurity was negatively impacting patients’ ability to correctly take medications. This is especially important for an HIV+ pregnant women who require additional nutritional support during pregnancy and while taking ARV medication. In 2019, thanks to the generous support of donors, the program was able to provide 3,999 meals to those who needed it most; thus far into 2020, the program has served more than 1,500 individuals. More than provide healthy foods to the HIV+ community in Mali, the Nutritional Support Program also aims to reduce the high degree of misunderstanding about the HIV virus in Mali. The program deliberately practices the traditional Malian style of sharing a meal together that involves sitting around a communal bowl to eat. This custom between patients and clinic staff is a stigma-reducing activity that works to restore trust amongst people who refuse to share a meal with individuals that they believe are HIV+ in Mali. Now, with the growing public health challenges posed by the coronavirus, these community support programs are facing even greater demand.

As a result of COVID-19, the World Bank estimates that between 40 and 60 million people will fall into extreme poverty (under $1.90/day) in 2020 compared to the previous year. In Mali, over 40% of the population already lived below the international poverty line even before the current health crisis. Today, the support programs critically essential to the HIV+ Malian community are perhaps of even greater importance than ever before. During these tumultuous times, donations of any size go a long way in ensuring that marginalized communities are provided with adequate sustenance and resources. As we all face this global challenge, it is important to be aware of the unique barriers marginalized communities face as a result of this pandemic, and to support, as best we can, the needs of these communities. 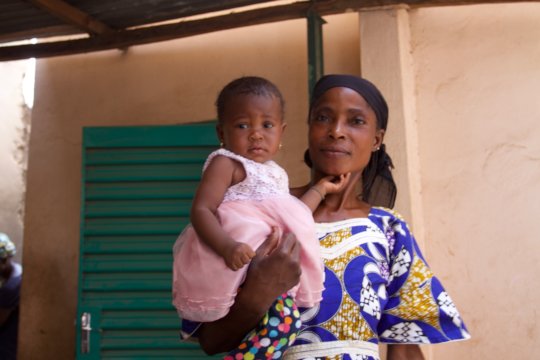 Cervical cancer claimed the lives of an estimated 311,000 women in 2018; 85% of whom The Lancet reported lived in low- and middle- income countries. That very same year, an influx of 570,000 new cases of cervical cancer were diagnosed. In Mali, there were around 36 cervical cancer deaths per every 100,00 women and about 42 reported cases per 100,000 women.

According to a study by Aryn et. al  cervical cancer was the leading cause of cancer-related death among  women in eastern, western, middle, and southern Africa. In terms of mortality rates, cervical cancer claims its greatest impact among countries like Mozambique, Guatemala, Nepal, and Mali while countries like Finland, the Netherlands, and Switzerland are less so impacted, pointing to the unequal strain cervical cancer places upon certain countries. Given the existence of vaccines against two of the most virulent strains of the human papillomavirus (HPV)—a sexually transmitted infection that is responsible for almost 70% of all cases of cervical cancer—it is unfathomable that cervical cancer continues to be a major public health issue that disproportionately affects women in less-resourced countries.

From the introduction of the first HPV vaccine in 2006, vaccination programs undertaken in high-income countries have proven quite successful and data predict that cervical cancer will be eliminated in these regions in the near future. However, the vaccine remains unaffordable and inaccessible for countries not considered high-paying customers. A recently published MSF article relays that as a result, only 21% of low-income countries have started using an HPV vaccine compared to 79% of higher-income countries, underscoring the increasing gaps between the best quality of care and what is provided in resource-limited settings.

In 2011, GAIA VF conducted a  "Knowledges, Attitudes, and Practices" (KAP) survey related to HPV and cervical cancer and Malian’s WTP, "Willingness to Participate", in an HPV vaccine trial. Among a study group of 301 participants, only 8.6% knew that HPV was a sexually transmitted virus. Of female participants, 41.6% had heard of cervical cancer, but only 2.7% had ever had a cervical exam. However, on a positive note, 96.3% of participants wanted the HPV vaccine to be available to Malians, and 77.4% were willing to participate in an HPV vaccine study.

GAIA VF recognizes that there is an urgent need for a greater supply of the HPV vaccine for young women and girls at the greatest risk of contracting the infection, thereby preventing infections from becoming chronic and ultimately leading  to cervical cancer. As a part of this prevention strategy the number of women screened and treated so that HPV may be detected earlier must also be increased. Afterall, a common saying in Bambara, and one that we have taken to heart at GAIA VF as we work towards preventing HPV infection and cervical cancer in Mali emphasizes that "It is better to prevent than cure." Prevention is paramount and this effort requires the maintenance of a trained healthcare workforce and a consistent flow of medical supplies, something that cannot be achieved without the support of a larger audience. For the past decade and for as long as it takes in order for every young Malian woman to be granted the ability of a vaccination against HPV, GAIA VF,  with the support of our generous donors will be working tirelessly towards making the HPV vaccine accessible throughout our clinic and throughout Mali.

‹ 1 ... 4 5 6 7 8 9 10 11 ... 44 ›
WARNING: Javascript is currently disabled or is not available in your browser. GlobalGiving makes extensive use of Javascript and will not function properly with Javascript disabled. Please enable Javascript and refresh this page.