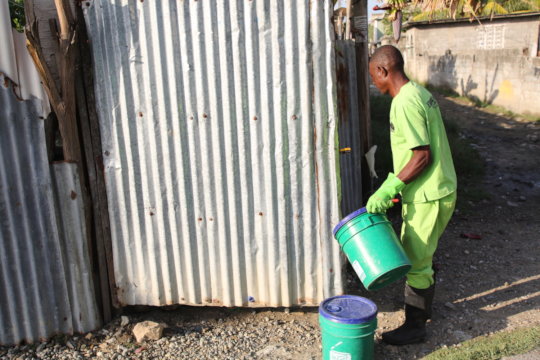 “Despite the circumstances, SOIL’s doors are staying open” shared our sanitation coordinator Algate Joseph. While communities in Haiti continue to navigate a devastating economic and political crisis, another month has passed without significant improvement.

The majority of schools in the country have yet to reopen while many service providers, hospitals, and businesses have closed – in some cases, permanently. Fuel, power, and basic goods remain hard to come by and incredibly costly. In most of Haiti’s cities, protesters have stayed in the streets nearly daily to decry worsening living conditions, inflation, and allegations of government corruption. Insecurity is noticeably on the rise through much of the country and human rights organizations report that dozens have been killed and hundreds more have been injured since the beginning of this round of demonstrations.

It is in this challenging context that SOIL’s sanitation heroes have tirelessly worked through the past month to ensure that service continues for every family with a SOIL toilet in their home. In the majority of communities where SOIL works, EkoLakay collectors have been able to continue the service with adjusted schedules. In other neighborhoods, our teams have adapted the approach further by continuing collection by foot when motorcycles are not able to pass.

Ensuring basic service provision in periods of crisis is not just as important as ever, it’s actually more critical. When hospitals are less equipped to treat sick patients or the road to the clinic is not passable, it is even more urgent to stop the spread of waterborne illness. When the risks grow for women and girls trying to find a place to go to the bathroom at night, it’s even more imperative for families to have access to an in-home toilet. Sanitation is a human right, and it’s one we will keep fighting for regardless of what the weeks ahead hold.

As we fight to keep families safe and healthy, we thank you for being a part of our community and helping to ensure our doors stay open. Please keep Haiti in your hearts. 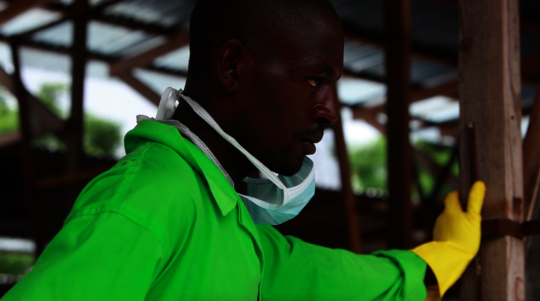 Lucny Joasil, better known to everybody as Tidou, has been connected to SOIL for more than a decade. He first met SOIL Co-Founder and Executive Director Sasha Kramer in 2008 when SOIL was looking to hire Haitian Creole-English teachers and translators. That was Tidou’s initial role with SOIL and over the years he has moved into new positions with our team, each time taking on more and more responsibility. Now, he’s the Assistant Composting Supervisor at SOIL’s waste treatment site outside of Cap-Haïtien.

Reporting directly to SOIL’s Composting Supervisor Job Etienne, Tidou helps collect data, supervises composting activities, oversees materials, and supports the enforcement of strict safety protocols at the facility. “Thanks to the efforts of the SOIL team,” Tidou shared, “dangerous material is safely transformed into a resource. I believe that our job is very important for both the families who use the EkoLakay toilets, but also for the environment.” Tidou went on to share that “all of Haiti and its people benefit from what we do.”

What does a typical day look like? “At the very beginning of the day, the whole team meets to assign the activities. After that I provide workers the necessary tools and I start supervising and participating in any of the activities that are carried out. For example, I ensure that entering containers are placed in front of the right compost pile, that those containers are later emptied into the pile, properly washed, and dried. One of the tasks that I must accomplish every morning is filling up the water tank to have water available for washing facilities and to keep the compost piles wet. Finally, after every hard-working day, I am happy to go back home to my family with my 3 kids.”

Not only does Tidou play a critical role ensuring the sanitation provision for thousands of people in northern Haiti, but he and his family of five are themselves proud EkoLakay customers.

When we asked him what keeps him going in his work in the sanitation sector, Tidou explained that “what we do is extremely important to improve the communities. In the future, I expect that as sanitation issues are improved, people in the community will have better lives [with] less disease.” We hope so too and thanks to the commitment and drive of Tidou and the other 70 members of SOIL’s team, SOIL’s partners, and the communities we work alongside, we’re a step closer every day. 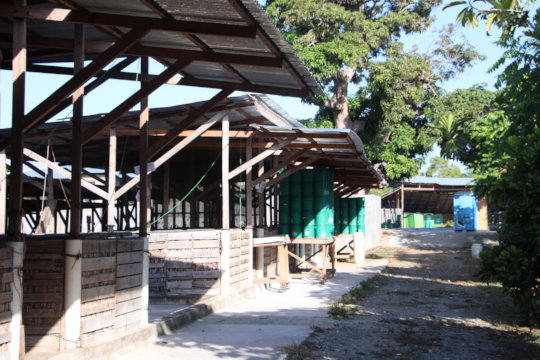 Over the last year, SOIL has captured and safely treated 450 metric tons of waste that could have otherwise gone on to contaminate aquatic ecosystems and groundwater sources. The over 92 metric tons of compostproduced during this time has instead been returned to the soil to restore ecosystems and improve agricultural livelihoods in northern Haiti. As SOIL works towards an ambitious expansion of the reach our household full-cycle sanitation service in the coming years, expanding infrastructure at SOIL’s composting treatment facilities helps us develop the capacity we need for this growth. And that’s just what we have been up to!

A New Composting Unit for SOIL in Northern Haiti

Early this spring, SOIL broke ground on the construction of a new compost unit and we’re pleased to share that the project is complete! The new composting unit includes compost bins where waste is treated, platforms for turning the compost, and protective roofing. What does this mean for SOIL? The new compost unit means that SOIL will be able to: The first batch of waste is well on its way through the treatment process in the new compost bins and after six to nine months, the waste will be fully transformed into agricultural-grade compost that will be sold to support environmental restoration, reforestation, and agricultural development.

The new infrastructure at our treatment facility was modeled after an improved design we first tested out at SOIL’s composting site in Port-au-Prince in 2017. Since that time, SOIL has further invested in better purchasing and inventory practices and made improvements to the construction process. Thanks to this and a closer involvement of SOIL management in the direct supervision of the construction process, we were able to reduce direct costs by 23%. 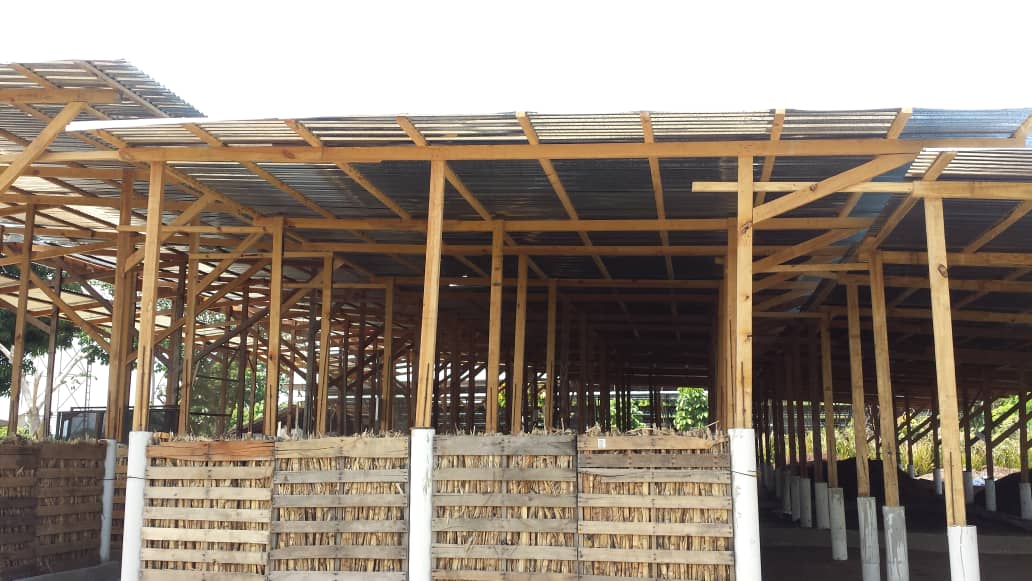 Although our sanitation service is already one of the most cost-effective models for providing safe-sanitation globally, continued cost reductions are important for helping us create a service that can be rapidly scaled in the coming years.

Getting to Work to Expand our Reach

Following the completion of construction, SOIL’s sanitation teams have been on a roll installing new toilets in Cap-Haïtien to ensure these bins are put to good use. We hope you will continue to follow along as we work to broaden the impact of our live-saving and regenerative sanitation services.