Update: Educational sessions in the markets 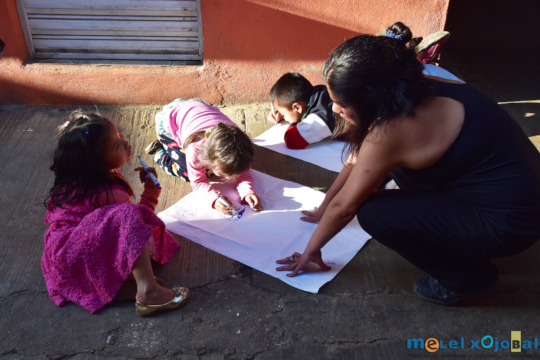 As you know, the educational sessions that we give to working children in the markets of San Cristóbal form one of the pillars of Melel Xojobal’s work.

We began this year's activities on February 21. Since then, we have been implementing the project “Getting to know our History” with girls and boys who work at the José Castillo Tiélemans market. 26 girls and 19 boys are participating in the project, all between the ages of 1 and 13 years old with the average level of education being between grades 1 and 6 of primary school. The objective of this project is to recognize the individual and collective identities of working indigenous boys and girls through their family history. So far, we have completed 23 educational sessions where the participants have learned about the history of San Cristóbal and written short stories about their own personal history.

In the group “Learning Circles” at the Melel offices, we have implemented 5 educational session to date, with 6 girls and 5 boys between 5 and 15 years old participating. The educational level of the participants ranges between grades 3 and 7. We are also implementing the “Getting to know our History” project with the Learning Circles group; currently the boys and girls are learning about the history of San Cristóbal de las Casas.

In the Southern Popular Market (MERPOSUR), we are completing a participatory diagnostic about the Right to Education. We have currently completed 25 sessions with 24 girls and 20 boys participating, all between the ages of 5 and 13 and an educational level between 1st and 6th grade. In the sessions the participants have discussed their fears, dreams, and what makes them happy or sad at school.

At the same time, during the month of April we visited 9 scholarship recipients in their homes to continue monitoring their educational and family situations. In these visits we were encouraged to find that the girls, boys, and their families are very aware of the importance of staying in school, even though they face many difficulties, such as: falling behind in coursework because classes aren’t given in their native language, school expenses (such as school uniforms, textbooks, notebooks, shoes, etc.) are high, and in many cases, they do not have anyone at home to help them with their homework. 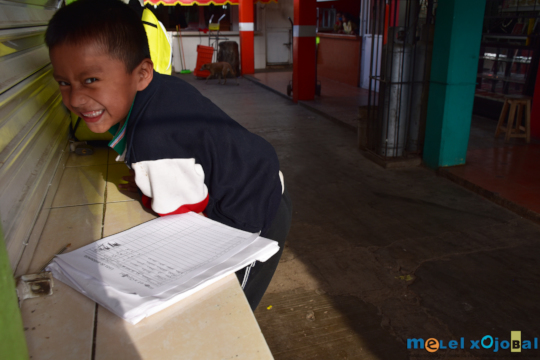 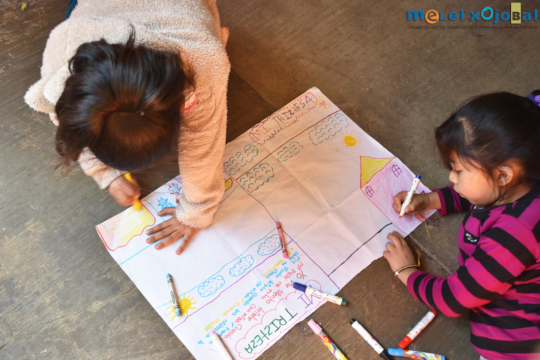 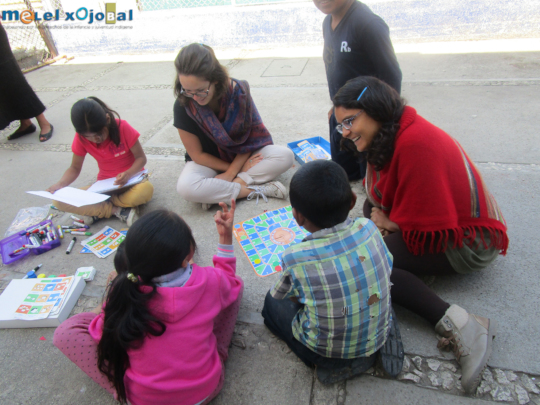 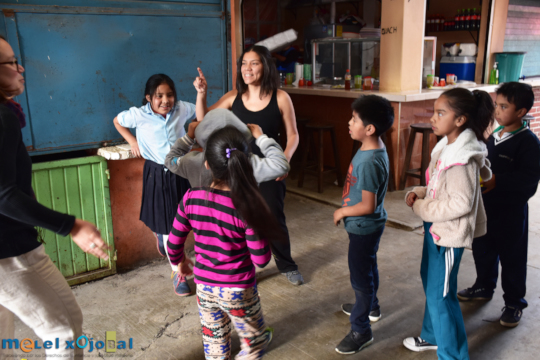 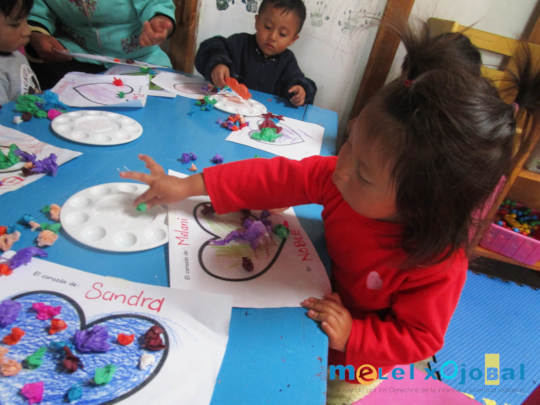 The primary objective of the social inclusion program in our early childhood education center, Arrumacos, is to contribute to the development and formation of indigenous boys and girls between 0 and 4 years old while encouraging them to exercise their rights to health, education, and citizenship, as well as the right to live a life free of violence.

With that objective in mind, we attempted to promote the exercise of these rights by strengthening and developing the physical, cognitive, vocal, and socio-affective skills of each boy and girl in Arrumacos. After reevaluating this project in the middle of 2017, we decided that it was too focused on development; it set the exact same standards and achievement goals for each and every child, concentrated on controlling and disciplining the boys and girls, and reinforced the idea that the parents and the educators had the responsibility and authority to make capable these currently incapable beings [the children]. From this view, children are seen as incompetent and incomplete subjects and only adults are seen as fully-capable people.

After that realization, we saw the necessity to restructure our methods into a project that would view the boys and girls as subjects acting on their rights; not solely as objects that need stimulation, protection, or care. We began to view them as political actors that understand their surroundings and are capable of making decisions and changing their immediate environment, that have the right to be heard, to express their ideas, make decisions, and meet as peers from an early age in active, complete, and valid places. In that way, we changed the entire plan, structure, and methodology that we use in Arrumacos.

As a result of this process of evaluation and restructuring, we have completed two new educational projects in Arrumacos:

1. What makes us us? Knowing ourselves (identity project), including:

Currently, we are working on developing a project about feminism that includes young children. In this project, we plan to speak about the histories of women that are part of the lives of the boys and girls in Arrumacos, particularly their mothers and grandmothers—recognizing their importance, sharing their stories, acknowledging their achievements, and honoring the impacts they have had on the lives of their children. 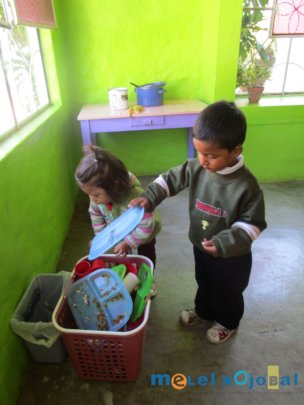 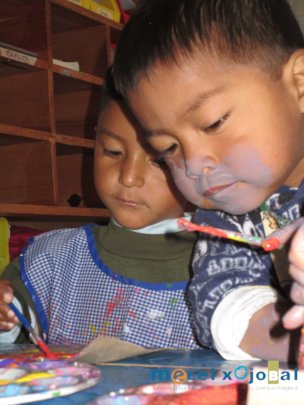 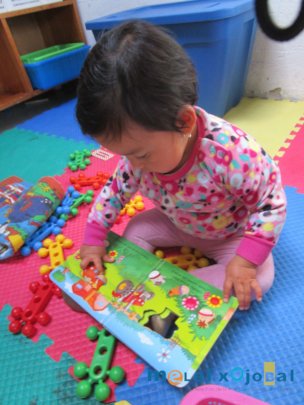 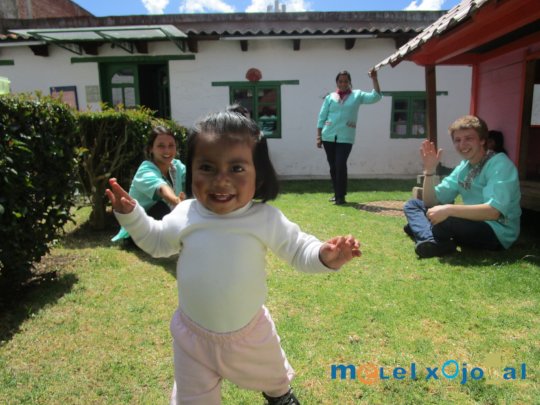 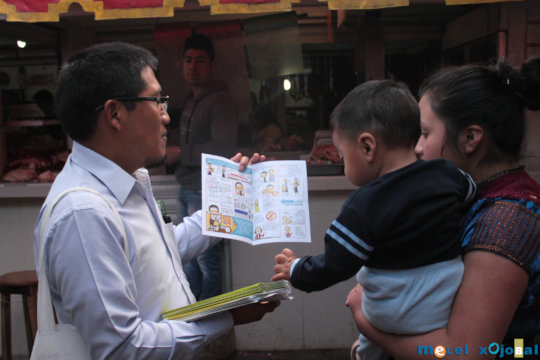 The year 2017 was one full of challenges and opportunities. In this report, we will capture the most important results of the actions carried out and the projections for this 2018.

At the beginning of the year, a campaign of birth certificates was carried out, in order to increase the number of children with this document.

After spreading the campaign in local markets and community radios, 93 girls and boys, 65 families, 53 mothers and 12 dads could be attended. Of the total number of girls and boys attended, 46 are of school age (22 girls and 24 boys).

With the intervention of Melel 82 birth certificates were processed, which were delivered on April 24 and May 26.

During the year, educational activities were carried out in the following places:

- "See, think and act, from the family": the objective of this space was for children to reflect and carry out an analysis of reality, starting from their families, to locate themselves in it and identify the resources and obstacles with which They count for a good life. Likewise, it was sought that girls and boys would be interested and improve their reading and writing skills.

- "Political education for children and adolescents defending human rights": this project is a training process aimed at children and adolescents. In it, activities were carried out to develop and strengthen their critical capacities and share information that would allow them, through dialogue and exchange of opinions, to problematize their common life and thus influence situations that affect their lives.

- "Summer course: Skills for my participation": This project was aimed at the realization of theatrical games to work on body expression, voice, diction, breathing, confidence and teamwork. In addition to the strengthening of skills, the theme of child participation was worked on, reviewing the participation ladder so that, girls and boys, identify what is and where they have these spaces of participation in their daily lives.

- "A summer with a photograph": This workshop was held to encourage the development of skills that would allow the participants to express their ideas and become aware of the importance of being heard and expressing their opinion. As a result of the process, photographs were taken of the feeling of girls and boys facing the lack of listening, to which was added the making of a video with recommendations to adults.

- "Other forms of reading": the objective of this process was that girls and boys will find a meaning to reading as a form of communication and importance for their life. To do this, it was sought that girls and boys describe, relate and tell significant experiences.

-  "Walking towards mathematics": This project was oriented to the development of mathematical skills in girls and boys from 3 to 6 years old. Bearing in mind that many of these children are not in school, it is expected that, when they enter primary school, they will be able to count on the basic knowledge acquired in preschool.

- "My first contact": This project had the purpose of cohesive the group and makes a diagnosis that would allow a description of it. The objective was to promote the development of skills that would allow children to position themselves as social actors in the face of the problems they observe in their immediate surroundings.

-  "Power relations in my space": The objective of this learning circle was to reflect, with working children, on gender equity and the use and abuse of power in the market space.

-  "Education for the media": Education for media, especially TV, aimed to strengthen the communication, participation and organization skills of girls and boys. From the problems identified and their proposed solutions, the participants made a video to visibilize and raise awareness of their concerns with different actors.

-  "Our faces": in this space it was sought to promote that working girls and boys identify themselves as social actors of change, while seeking to improve and promote their interest and ability to read and write. The topic of abuses towards women and girls within the market was worked on, generating audiovisual material and games that helped to strengthen ideas and proposals.

-  "Group integration": in this circle, different cooperation games were carried out in which the intention is to overcome a common objective or challenge, thus encouraging teamwork. Integration games were also incorporated to foster cooperation and the common good, seeking, in turn, to strengthen skills such as the regulation of group conflicts, communication, trust and empathy.

In the area of the Cathedral, a project of 19 sessions was carried out, called "Our space and its history", of which 107 children and adolescents participated. With the activities, the children reflected on the history and identified the injustices that exist in their work spaces.

The attached table N° 1, shows the total number of beneficiaries of the educational sessions offered in 2017.

In this year, two workshops were held with parents on March 31 and June 23, both at the Melel Xojobal facilities.

The first had as its theme the Analysis of reality. In this workshop, the theme of Lekil Kuxlejal (good living and good life) was discussed, starting from the experiential aspect and sharing the actions that they and they carried out in pursuit of the good life. Subsequently, it was reflected on the things that negatively impact the good life from their own family and community contexts, seeking to generate strategies and alternatives that would diminish these impacts.

The second workshop was aimed at the life project of their daughters and sons, and aimed to identify the life expectancies of their sons and daughters, as well as the search for strategies that help families support the goals or objectives that arise girls, boys and young people.

The attached table N° 2, shows the total number of beneficiaries of the workshops offered in 2017.

1. The birth certificates campaign will continue, extending the action to neighborhoods

2. Maintain the groups and advance the processes (move on seeing, thinking, acting).

3. Execute the political training program with children and adolescents. 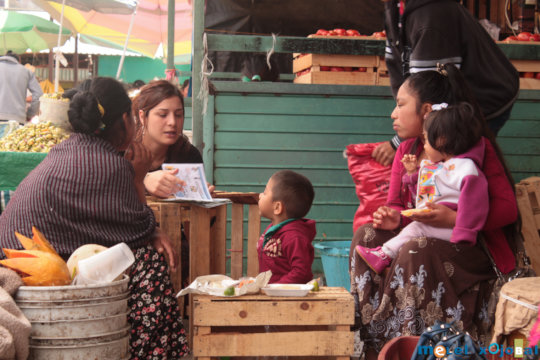 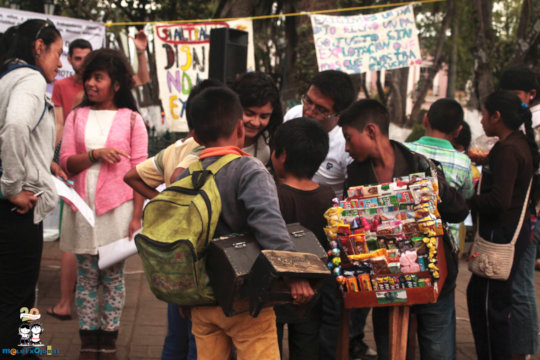 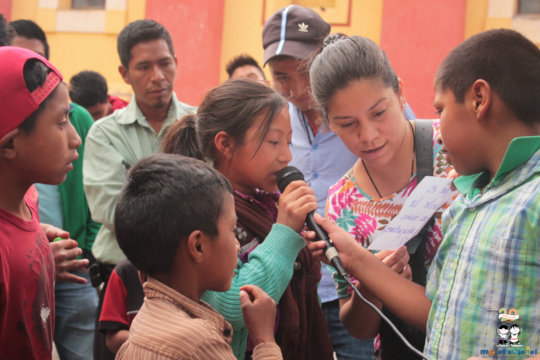 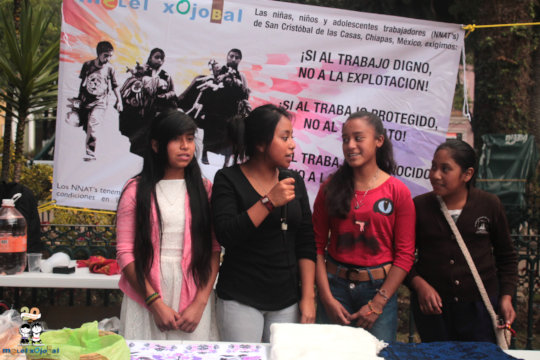 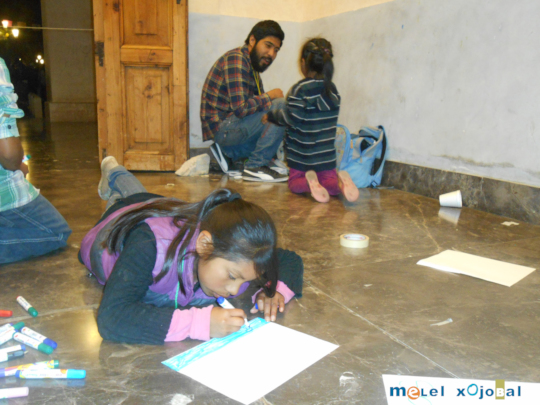 Attachments:
‹ 1 ... 6 7 8 9 10 11 12 13 ... 23 ›
WARNING: Javascript is currently disabled or is not available in your browser. GlobalGiving makes extensive use of Javascript and will not function properly with Javascript disabled. Please enable Javascript and refresh this page.