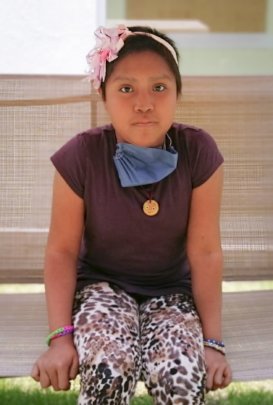 Clarita in the garden

Clara (we call her Clarita, in diminutive) is a 13-year-old AMANC girl from the Pame de Laguna de Chacuala indigenous community, belonging to the municipality of Santa Catarina in San Luis Potosí. She is located approximately 6 hours from this capital city. She lives with her whole family, which is made up of 12 brothers, mother and father, Clarita being the smallest of her home. To be able to attend the hospital it is necessary to walk about 4 hours until you reach the municipal head and then board the transport to the state capital. Getting to San Luis Potosi involves certain physical risks that Clarita and her family are willing to run for good health.

Clarita was diagnosed with acute lymphoblastic leukemia in 2014, since then her treatment had worked properly, thus presenting a constant improvement, until the year 2018 that was an important relapse in her health, now Clarita has reacted positively demonstrating her strength and much desire to win in this battle.

MaSantos, mother of clarita affirms that the improvement of her daughter's health is thanks to the continuous monitoring of her treatment, attending all her consultations, she says she feels grateful for all that AMANC has given them since it has been of great help for Clarita and for her whole family.

The favorite pastime of Clarita is to make clothes for her dolls, she tells us that in the future she would like to learn how to make great dresses for brides and fifteen years parties. She dreams of becoming a great dressmaker. Thanks to her determination and strength, perhaps in some years Clarita could be a recognized fashion designer. The important thing is not to lose faith in herself and accept the help of others! 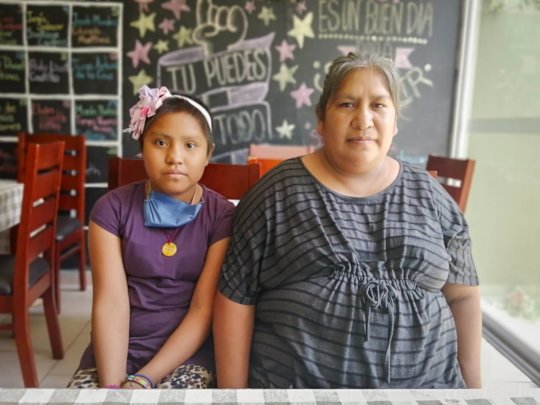 Clarita and her mother 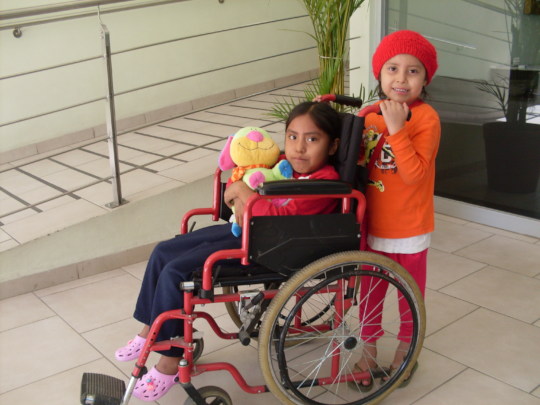 Leonardo, a child with hope. 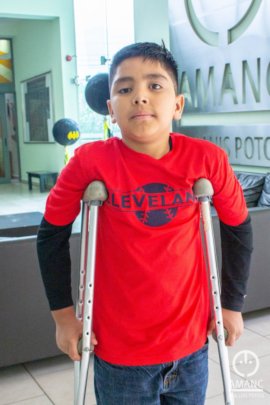 Leonardo at the reception of AMANC

Leonardo is a 10-year-old AMANC child from the community "Los Ángeles" in the municipality of Rioverde, located in the middle of the state of San Luis Potosí, 170 km from the capital city.He currently lives with his mother and three sisters aged 18, 20 and 26, his father does not attend much at home because his work absorbs much of the day.

Leo does not have relatives in this city, since his family comes from Tamaulipas.  He is currently in the fifth grade of primary school and is very good at math and science, his condition does not prevent him from having a good school education.

Leonardo was diagnosed about 2 years ago with retinoblastoma, a cancerous tumor that develops in the retina, which occurs more frequently in children under fifteen years of age. For almost two years, Leonardo has arrived at AMANC, where he receives help with his medications, dental services, psychological help, accommodation and even classes to avoid that he does not fall behind or lower his grades. This happened thanks to the approach of our social workers to her mother, offering her our help, which she received in the best way from the first day she visited our facilities.

Leonardo dreams of traveling to many places and driving a big bus to take his mom to visit new places, but his main goal is to help his family and help people who have cancer like him.  At AMANC we are very willing to continue helping Leonardo and all our children to get ahead and to fulfill their dreams because hope is the last thing that is lost. 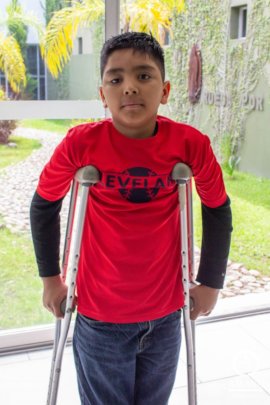 BEGINNING THE BATTLE, WITH ALL THE ATTITUDE 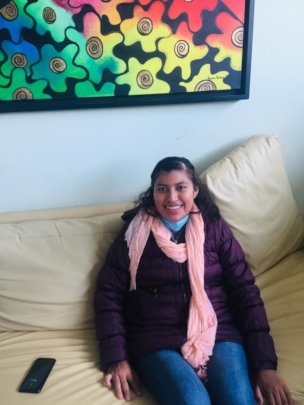 Jacqueline happy in the living room

Jacqueline is a 17-year-old girl, comes from an ejido called "Las Armas" in the municipality of Tancanhuitz located in the Huasteca zone, 330 km from the state capital of San Luis Potosi and is the youngest of a family of seven brothers and sisters. Before arriving in the capital of San Luis Potosí, he studied the fourth semester of high school, and due to his illness he had to leave school.

On October 18 of last year she was detected with anemia; everything began with various discomforts and symptoms such as lack of appetite, pain in the extremities, and it was until, on December 25, she lost part of the mobility of her legs and began with dizziness, bleeding and even lost up to 8 kilos in just three weeks. This situation forced her to move to the nearest hospital located in the municipality of Ciudad Valles to obtain better medical care, staying hospitalized, since the discomforts did not stop and each time the pains were more intense, alarming her relatives and doctors from the hospital.

In December holidays Jacqueline had to be moved to the state capital of San Luis Potosi, where a month later she was diagnosed with leukemia. Everything happened very fast, declining her spirit markedly, initiating chemotherapy a week after her diagnosis.On the third day in hospital, one of our social workers went with Jacqueline to offer the necessary support, because she did not have any acquaintance or family member who had a place to go, nor with enough resources to cope with the treatment.

At AMANC SLP, we received her with her mother and stepfather because she can not walk or move freely. We are currently providing them with lodging, food and the necessary medications, as well as emotional, spiritual and accompanying assistance while overcoming this difficult situation that is happening.

Jacqueline's plans, once she finish her treatment are: resume and finish her studies and begin to help people with leukemia, since she have met many people with lack of information, which causes fear of being infected and prejudice to people with their same condition.

We are sure that in the same time she will be possible to overcome cancer and she will be able to reintegrate into society as a happy and courageous young person, that this type of tests strengthens the people who are facing it. 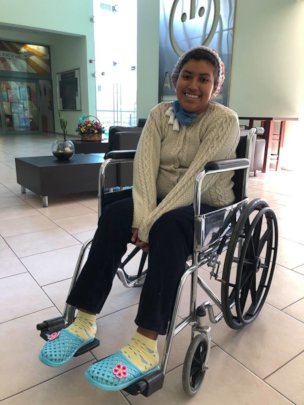 When Jacqueline arrived at AMANC SLP 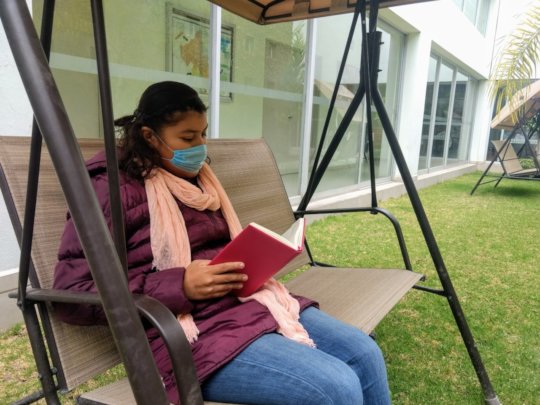 Jacqueline reading a book in our garden
‹ 1 2 3 4 5 6 ›
WARNING: Javascript is currently disabled or is not available in your browser. GlobalGiving makes extensive use of Javascript and will not function properly with Javascript disabled. Please enable Javascript and refresh this page.