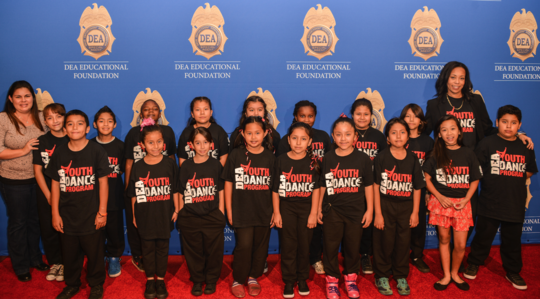 As 2014 came to a close, the DEA Educational Foundation Youth Dance Program celebrated its expansive reach to 31 cities nationwide. With continued efforts to meet a growing wait list, the DEA YDP is hopeful to reach over 35 cities by the end of 2015. Today, thousands of students are already participating in long-term classes and in some cities winter programs are kicking off with in-school interactive, positive and motivational assemblies. YDP students in all schools will perform at the end of the 2014-15 school year beginning as soon as April.

In Los Angeles, California the DEA YDP students from Sylvan Park Elementary were recently invited to perform for a DEA Educational Foundation event at the Beverly Hilton honoring Vince Gilligan of "Breaking Bad" and his important role in accurately portraying DEA and the dangers of methamphetamine in our society. A local DEA YDP scholarship student, Khloe,  also attended the event sharing her personal story on how the program helped her overcome issues in school. Khloe candidly shared, “I was constantly bullied…I thought that there was no way out and I just felt so trapped. When I felt that I had nowhere to go or stressed out dancing with this program helped me stop thinking about the bad things but to focus on the positive things. DEA Youth Dance Program truly helped me express my feelings and let me be myself. I haven't been dancing long with this program but they immediately took me in like family.”

The DEA Youth Dance Program looks forward to another impactful year in 2015 with the mission of reaching as many at-risk students as possible with the important message of drug and violence resistance through the expressive and powerful art form, dance. 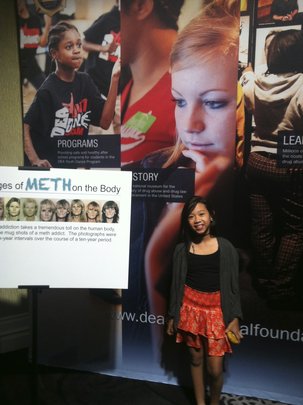 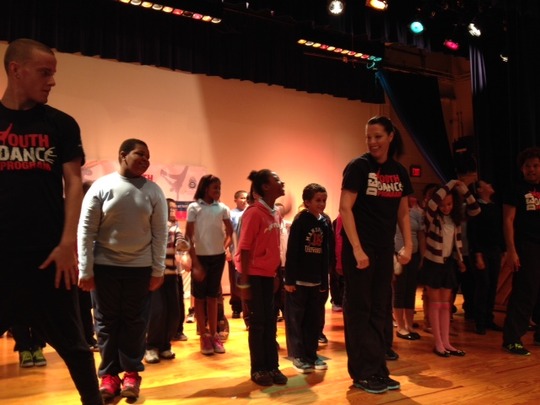 After a very busy summer of placing ambitious kids into scholarship programs and performing in Los Angeles and Washington, D.C. National Dance Day celebrations, the DEA Youth Dance Program, part of the DEA Educational Foundation,  has continued to bring children tremendous fun, entertainment and education this fall! In September and October alone, professional dance companies performed in 31 cities nationwide for over 30,000 students to spread the message of the importance of staying drugfree and focusing on dreams, while demonstrating different styles of dance, the history of dance, and the benefits of hard work and teamwork. Over 1,200 students across the United States are now beginning their free, 20 week dance class series this school year, giving kids a positive and healthy outlet in the critical after-school hours. The pictures throughout this report show just a few of our launch assemblies in action. Thank you for supporting the DEA Youth Dance Program! Our waitlist now includes over 100 regions! 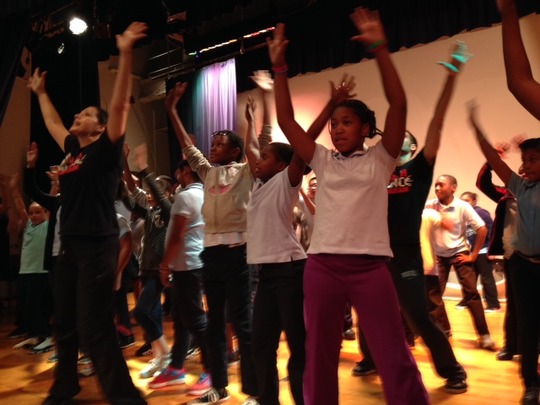 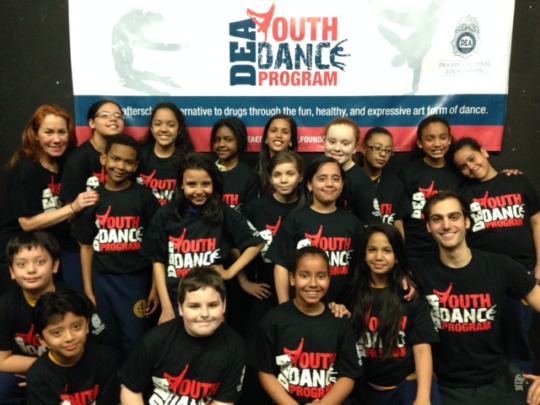 Lima, Ohio Youth To Embark on Journey of a Lifetime 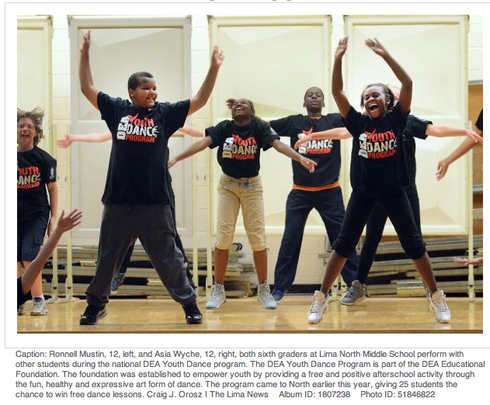 At the end of March, 2014 the DEA Educational Foundation launched a DEA Youth Dance Program at Lima North Middle to bring kids a positive and healthy activity at the end of the school day. This project was made possible through a very generous donation by Dizzy Feet Foundation to bring kids dance in memory of Cory Monteith, the young "Glee" actor who tragically lost his life to a drug overdose. The DEA Youth Dance Program is an outlet to help children to stay drugfree and to never go down the path of this type of tragedy.  Lima was of particular interest to Dizzy Feet because Cory’s last Glee series was filmed at a fictional high school in Lima, OH. As Lima is such a small, working-class city, the program launch proved to be one of the biggest events in the community history receiving extremely positive articles in the paper and news spots on TV. The DEA Youth Dance class is filled to capacity within less than one day, with over 60 applications coming in for a class of 25 students. The class is filled with half boys. Our partnering dance company heading up this project is Lyn's Dance Academy and they are very dedicated to this program.

The class, which is mostly filled with at-risk students from low-income families has had a tremendous impact on the students. “The opportunity to have a positive program build on the foundation of dance for our students will leave a lasting impact on their entire academic experience. The buzz that was generated after our opening assembly was so strong and uplifting in our building and was felt by all staff and students in attendance.” (Matt Quatman, Vice Principal, Lima North Middle)

Classes have begun to prepare the students for their performance and most will take their first plane ride and dip their toes in the ocean for the first time on July 18th, 2014.

The DEA Educational Foundation Youth Dance Program relies on generous donations such as yours to help us to continue DEA Youth Dance Programs around the United States, as well as reach new schools on our ever-growing waitlist. Funds also assist with scholarships in dance, as well as very special projects such as the bringing the Lima group to Los Angeles to experience a trip of a lifetime. Thank you for your continued support!