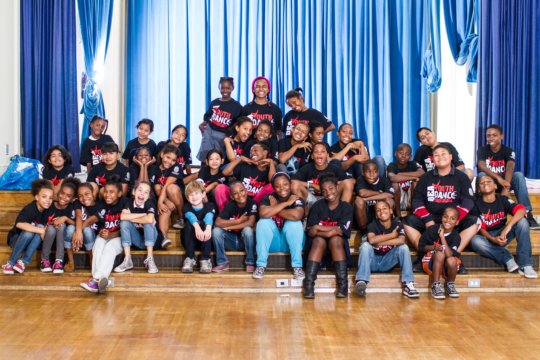 In a dimly lit school gym in Van Nuys, CA, a dozen students rehearse their dance over and over again. They are practicing to perform for their parents and peers at their end of year assembly, and ultimately for hundreds of people in Los Angeles on National Dance Day. A young dancer, full of promise and potential, turns to the instructor and says “Dancing makes me feel free and happy. I feel like myself.” The DEA Educational Foundation Youth Dance Program proudly provides young people, like Nicole, with free dance classes after school as a positive alternative to drugs and violence.

The DEA Youth Dance Program was founded on the idea that children can and will resist the temptations of drugs when offered compelling and meaningful ways to express themselves, education on the dangers of drug-use, and a safe place to explore themes such as peer-pressure and self-esteem. The DEA Youth Dance Program provides all this and more, at no cost to students, many of whom will have no other opportunity to study the art of dance.

This year alone, The Youth Dance Program reached thousands of students through assemblies, free dance classes, and performances. Many of our dancers were given special opportunities, such as National Dance Day, to showcase their work and dedication to dance. This fall, the DEA YDP proudly partnered with DEA 360 Strategy, a comprehensive approach to the heroin and opiate addiction issue plaguing our country, and the Compton Violence Reduction Network, to provide youth programming to cities in critical need of outreach education. These are just a few examples of the impact The DEA Youth Dance Program is making in the lives of students in-need and at-risk.

Already in 44 cities across the country, The DEA Youth Dance Program needs your help to maintain our current programs, and meet a growing waitlist of over 100 schools nationwide. For $25, you can provide one student with free dance classes for one year. For $500, you can sponsor a dance assembly featuring professional performers highlighting the importance of healthy lifestyle choices and the beauty and artistry of dance. For $5,350, you can give the incredible gift of dance to 25 students for an entire year. Any donation you can make is gratefully and humbly accepted in service of our goal: a positive and healthy activity for young people after school.

Every student we reach is an opportunity to save a life, inspire a budding artist, and imprint life-long lessons about health and the importance of arts education. Your generous donation will go directly to dance programming for at-risk youth.

Thank you in advance for your support! 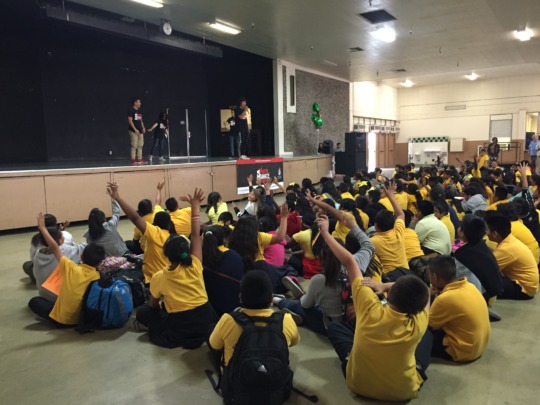 The DEA Educational Foundation Youth Dance Program proudly announces the launch of new programming in Compton, CA in conjunction with the Compton Violence Reduction Network. Bringing together law enforcement and community programs the Compton Violence Reduction Network provides communities with essential outreach and support in pursuit of safe neighborhoods. October’s launch assembly in Compton featured a dynamic dance performance and positive messaging from the DEA YDP partner, Culture Shock LA, and an important talk and presentation of community efforts by agents from the local DEA Field office. Students were treated to a unique experience of bringing positive community programming and skilled law enforcement together into one room where they could practice their “healthy lifestyle” dance skills and try on tactical gear and test equipment to learn about careers in law enforcement and making a positive impact on community. The DEA Youth Dance Program will now continue with a 20 week program out the Compton school and looks forward to a fantastic year providing free dance classes to students. 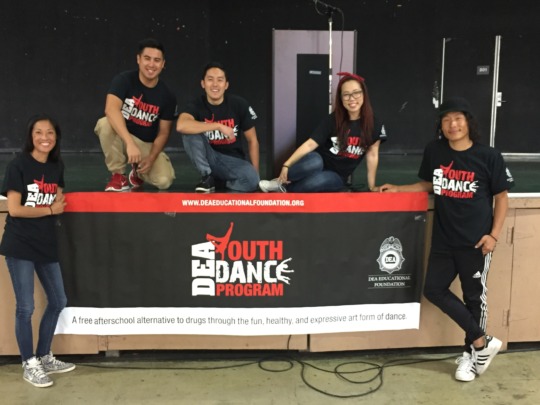 Summer and Fall Celebration of Dance! 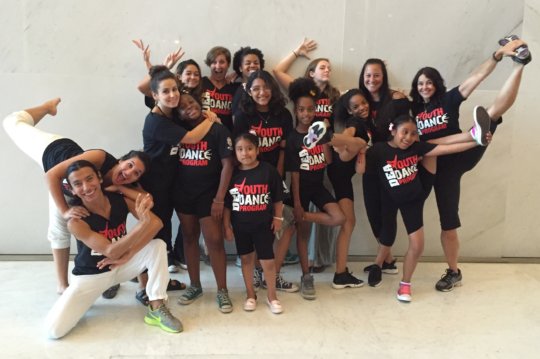 The DEA Youth Dance Program had a fun, effective summer filled with special events and summer scholarship programs! The DEA YDP continues to grow to meet our substantial waitlist, and is thrilled to be launching programming in 44 cities this fall.

The summer began with a special appearance by our student dancers at National Dance Day in both Los Angeles and Washington, DC on July 30th. National Dance Day was created by So You Think You Can Dance producer Nigel Lythgoe, and was officially recognized when American congresswoman Eleanor Holmes Norton introduced a National Dance Day resolution in 2010 to promote dance education and physical fitness. The DEA Youth Dance Program has been featured in the celebrations for the past three years, giving students the thrilling opportunity to perform in front of hundreds of dance enthusiasts. In Los Angeles, 14 DEA YDP students from the fifth grade at Sylvan Park Elementary School performed at an outdoor venue at Grand Park. Wearing their DEA YDP t-shirts, and performing stunning choreography by teacher Stephanie Reed, the DEA YDP students led the audience in a warm-up before dancing their original piece. The students were lucky to meet Nigel Lythgoe and Adam Shankman, who introduced The DEA YDP as a valuable partner to their Dizzy Feet Foundation, established to support, improve, and increase access to dance education in the United States.

“We were the only youth group to perform in the morning and they had the crowd on their feet and dancing,” said Allison Tanaka, Los Angeles DEA YDP Regional Manager.

Students from Raymond Elementary School in D.C. performed to the song “Space Jam,” and participated in a warm-up and interactive rhythm piece led by teacher Kelly King, at The Kennedy Center’s outdoor venue.

“The kids loved the experience,” said Kelly Kuder, DC DEA YDP Regional Manager. “You could almost see their self-esteem growing and it was incredible to see them support each other.”

Also this summer, the DEA YDP gave a special presentation at DEA headquarters during the 360 Strategy Pilot City Summit, talking about the importance of dance as a form of expression. The DEA YDP is honored to be included as a community partner with the DEA 360 Strategy, a holistic approach to combatting the heroin and opioid drug epidemic in cities across the country. The DEA YDP will continue its efforts in four 360 strategy cities this fall and will add five additional cities from  fall 2016 through Spring 2017.

Finally, many students received continued programming through the summer through scholarships, special camps, and workshops throughout the country. These summer programs provide a safe place for students to gather and continue their dance education. The DEA Youth Dance Program is looking forward to a busy, exciting fall as we launch programs for the 2016-2017 school year! 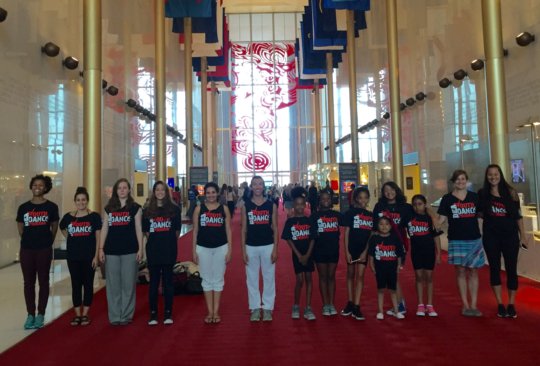 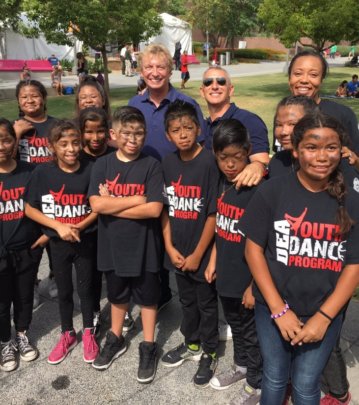 ‹ 1 ... 4 5 6 7 8 9 10 11 ... 13 ›
WARNING: Javascript is currently disabled or is not available in your browser. GlobalGiving makes extensive use of Javascript and will not function properly with Javascript disabled. Please enable Javascript and refresh this page.