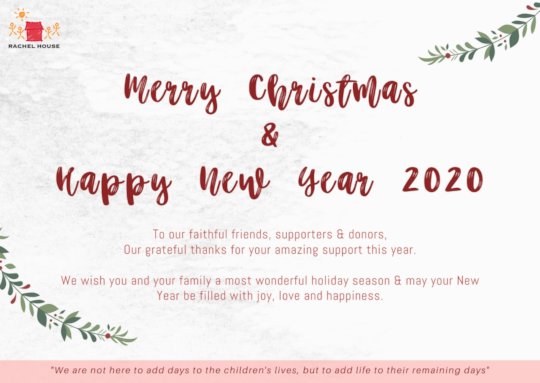 To our faithful friends, supporters, and donors,

We wish you a Merry Christmas, most joyful holiday season and a peaceful New Year 2020. Thank you for your amazing support this year and for continuing to walk together with us as we continue the journey towards an Indonesia where no child will ever have to live or die in pain.

We thank you for believing in our work, for keeping us in your heart, and for being part of our journey in bringing palliative care to the children of Indonesia.With gratitude, joy, and hope,Kartika Kurniasari, on behalf of the team at Rachel House.

Rehan's Story - Courage in the Face of Adversity 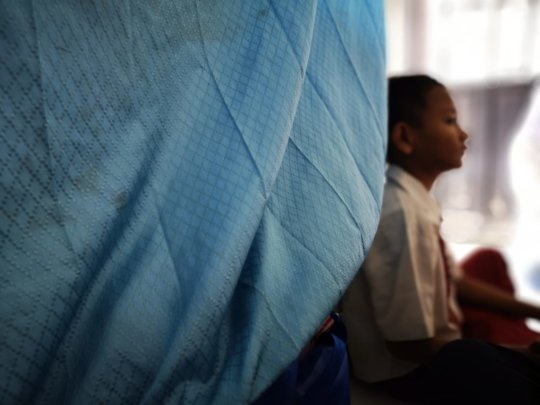 The sun was peaking when we arrived. Amongst the sounds of a busy settlement, was one of a child’s glee. The little guy was in his school uniform, red and white. Even from a distance, I was drawn to his big smile and twinkling eyes. I would not have guessed that he had any care in the world until the nurse from Rachel House told me, “That’s Rehan*.”

We walked up the concrete stairs of one of the buildings. Mas Dadan, the nurse, guided us to Rehan’s room, where we sat on the floor. A gentle breeze was coming down from the fan above. Mas Dadan had told me that it was broken the last time he was here. My first thought was how frightfully warm it must have been then. Although, that might be the least of their concerns.

Rehan was sitting with his head down, almost the entire time we were there. He is 10 years old. To say that his immune system is failing him would be a great understatement. The disease has affected his lungs, his skin, his fingernails, his life. While the adults around him were getting familiar with each other, he was struggling to breathe.

“He has been coughing. Not as frequently now, but when it comes, it does not stop.” A high-spirited lady was telling us about how worried she was. She is a kind neighbor who has been looking after Rehan and bringing him dinner every night. Rehan’s 17-year old stepbrother, his sole remaining family member, was out during our visit. He works as a motorcycle-taxi driver to support them both. Their parents have passed away from the same disease. Between Rehan and his brother, there is such a heavy burden to carry at such a tender age. Thankfully, they are not on their own.

“His lungs are fine.” Mas Dadan told us as he was trying to talk to Rehan to check on how he is doing, but I can see that Rehan was reluctant. I would be too, with the new faces around me. Dr. Yew Seng, who was seated beside me guided my attention to how Rehan was breathing. The little guy’s nose must be stuffed, as he was breathing through his mouth. “That must be the reason for the coughing”, he said. We gathered that he was in pain – but I could see there was plenty that he did not say.

The little guy knew something is wrong with his lungs, but that was all he could tell about his disease. His skin was itchy too, from his arms to his back. “The itchiness and the coughing. Those are the two main concerns.” Mas Dadan told us. He then proceeded to try to engage Rehan on his medicines – what to take and when. “He cannot read, but he understands numbers” said Mas Dadan, as he was writing down instructions on the medicine container.

Dr. Yew Seng, on the other hand, was wondering about another kind of pain. “Is he happy? Does he feel strong?” He asked while using hand gestures on how small or big the feelings are. Rehan, once again, was hesitant. He was talking in a volume only Mas Dadan could hear. “Medium”, he said.

As to what makes him happy, he likes to play with his friends. From what I was told, he is a popular kid in school. This gives me such relief and joy. Everyone has a world of their own, and this little guy deserves nothing less.

As the smile fades from his face, and energy drains, Rehan curls up on the floor. I could see emptiness in his eyes, a stiffness in his body, a tiredness in his soul. But my vision is limited because he is so much more. There is a whole life waiting for him with every breath that he takes. With all the hardship that he had gone through and is going through, he has managed to stay afloat. This proves to me that this 10-year old boy is a much braver and stronger person than I am. For a moment, I was so angry at life for all the tribulations thrown at him. But how could I? There is so much of life itself in this little body. He reminded me that our capacity to believe makes us capable of so much more. By the end of our visit, I was left wondering how anyone could ever cope, and how it would all turn out. Will life ever be kinder to him, and will there be light in every darkness he faces? I suppose it is his story to tell. The clock strikes 12. Rehan is ready for school. 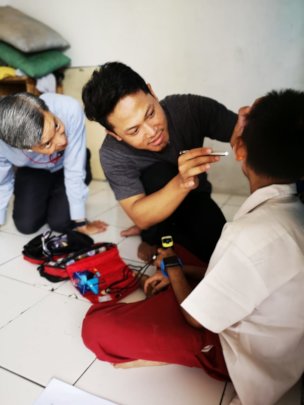 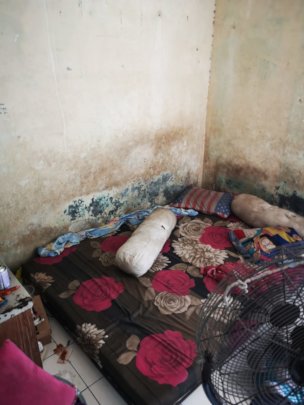 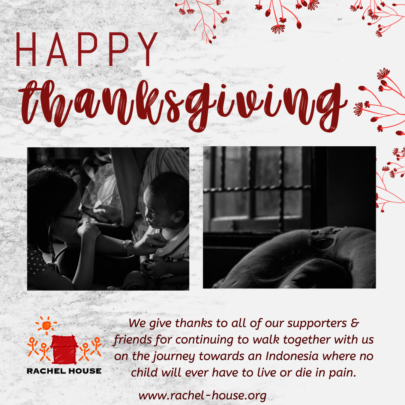 To all our friends and supporters who are celebrating today, we wish you a very Happy Thanksgiving!

On behalf of the serious and terminally-ill children that we care for - and together with the dedicated team of nurses and community health workers here at Rachel House - I want to give thanks to you for walking together with us as we continue the journey towards an Indonesia where no child will ever have to live or die in pain.

We thank you for believing in our work and for keeping us in your heart - it is the expression of support such as this that keeps our team going, especially on days when the roads are bumpy and the patients' stories can be heart-breaking.

With gratitude, joy and hope,

Kartika Kurniasari, on behalf of the team at Rachel House.