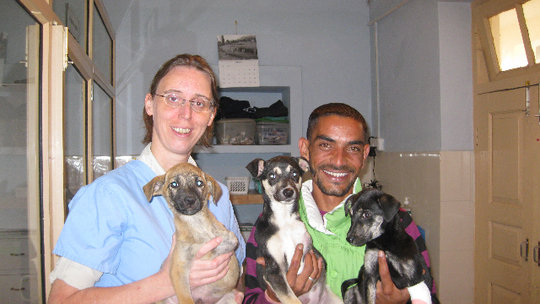 As some of you know, I left my corporate job in March to focus full time on DAR. My beloved dog, Wes, died in June, and I left to go to Dharamsala to work at our projects full time for almost 3 months.

It was a great opportunity to work at the Himalayan Nature Society (HNS), one of the NGOs DAR supports and see first hand our accomplishments and our failures. The good news is that the street dogs of Dharamsala have never looked better. Your donations and support have decreased the population of strays and created a healthier population. For the third year in a row, there were no reported deaths of human rabies in Dharamsala.

More good news was the beginning of our student Veterinarian internship program with World Wide Vets of the UK. The students were extremely helpful in cross cultural education for our staff. They worked to create better process for keeping track of our patients' health. They helped to create a quaratine area for animals with contagious deadly diseases like distemper and parvo. The program allowed them to get university credit.

Unfortunately, I discovered that the management of The Himalayan Nature Society was using some funds inappropriately and not investing in the betterment of the health of the animals, I decided to pull funding until the Chariman and the Board Members stepped down so we can pull in trustworthy and ethical professionals to move forward. This is not uncommon in the NGO world in developing and third world countries. However, I needed to put a stop to the corruption.

The animals at the clinic have been transferred to another NGO clinic that DAR now supports called Tibet Charity and a new sanctuary project called Wesley's Paw. All animals are now being cared for by these two groups until the reopening of the HNS clinic.

The HNS Chairman and Board are in the process of resigning and the police are helping us recoup the money that should have gone to our cause and not to their pockets. The clinic will reopen with DAR direct supervision with full support from the community of Dharamsala.

I believe that this hard lesson learned will prove to be a blessing in the future. We now will have greater control over where the money is spent and how the animals are treated.

For now, I would like to thank all of the folks in Dharamsala who have helped us keep moving forward with our good work during this difficult time:

Sheila Sedgewick - New Board Member of DAR, Owns Hotel Eagles Next in Dharamsala

I hope I am not forgetting anyone, but these folks are helping our organization thrive. If you have any further questions about DAR, please email me at debjarrett@gmail.com

Thank you. I promise, all of you donations will be used for the betterment of the health of the street animals of Dharamsala and the community. Deb 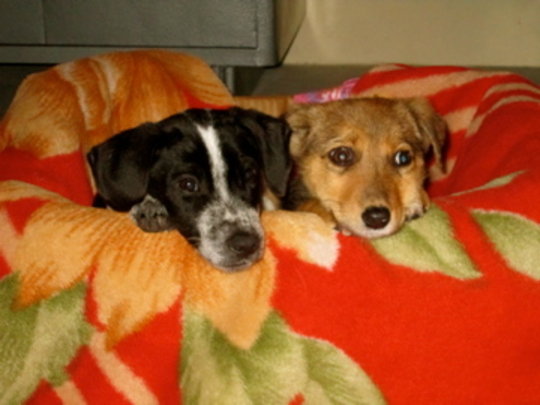 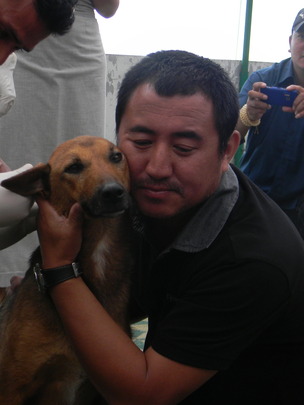 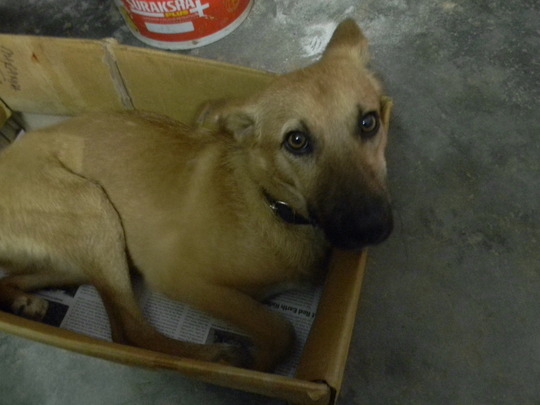 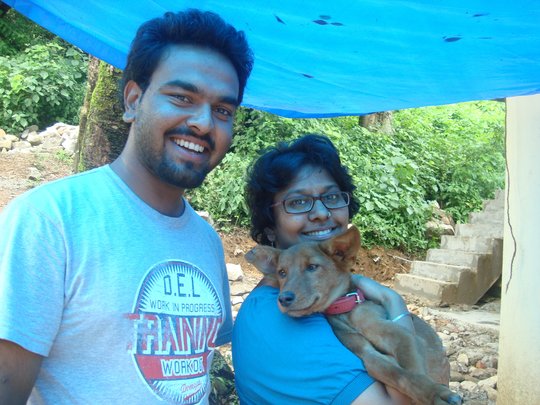 I am in India these days working on the ground. It always gives me new energy about our mission to witness the progress first hand. This is my 5th time in India and the difference in the health of the street dogs is just astounding. First off, all there are fewer of them,thanks to our sterilization program, and they look so much healthier!! The only problem about being here at this time is that is it monsoon season, which basically means it is wet and rainy all of the time and nothing ever dries.

One thing that has ramped up this year is our adoption rate! We used to have about 2 to 4 per year, now we are seeing 2 to 4 per quarter!!  I was lucky enough yesterday to witness a puppy we rescued with a fractured leg, recover and get adopted by a lovely family!! I have attached a photo. It was a really special day for me to see this first hand.

On the other hand, there are still so many dogs to be sterilized and vaccinated, especially in surrounds villages. Locally, we also have many cases of mange, broken bones from car accidents, distemper and parvo in puppies, and cancerous tumors. There also seems to be an uptick in cows being hit by cars. It is a really sad state of affairs. I am also attaching a photo of a calf we recently rescued and a dog with severe mange.

However, due to drought and food prices rising, power outages, and medicine prices our monthly budget has increased. If you can, please help us to be able to meet our goals.

We are now able to take tax exempt donations in both the US:

If you can make a recurring donation, Global Giving has a sponsor who will MATCH MONTHLY. So if you can donate $10 per month it will be $20!!

As always, thank you so much for your support. With much gratitude. Deb Jarrett, Executive Director 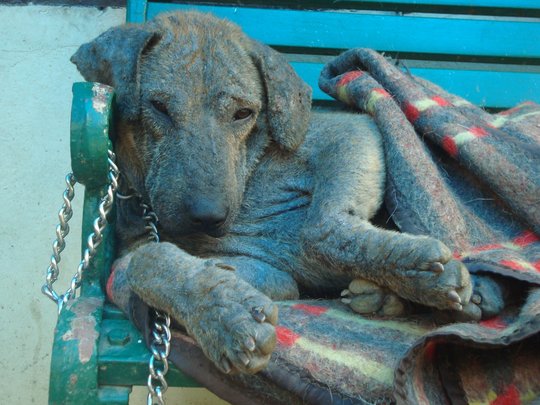 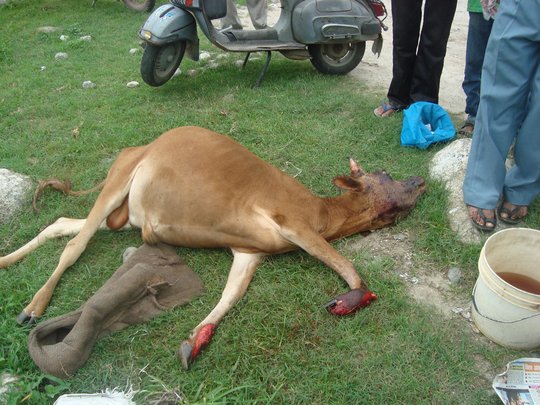 The origins of Dharamsala Animal Rescue 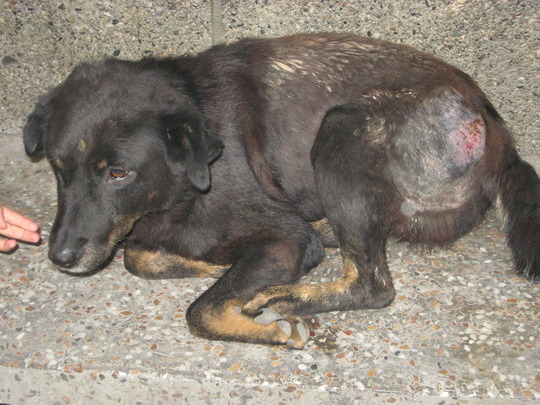 Tommy when I first met him.

First of all, I want to thank each and every one of you for making the partnership with GlobalGiving happen!! Many of you have been supporters for a long time and some of you are brand new.

Today, I want to share with you how I became involved in this project.

In 2008, I volunteered at a preschool in Dharamsala, India. The children were unforgettable, but my heart was taken by an injured dog I saw outside of the school. When I mentioned my concern for the dog to the people who live in the village, it was received with indifference. I was saddened by the reactions and felt helpless. Incredibly, my path crossed with Arvind Sharma, a man doing everything in his power to change the way India views animals. He quickly sent a volunteer vet to help. Miraculously, my actions and concern sparked a change. Today, I am happy to report the dog, Tommy, is healthy and cared for by this very neighborhood! Upon returning home, I knew I needed to do everything in my power to help. I created “Dharamsala Animal Rescue” to raise awareness about Arvind’s work and to fund his projects.

In 2008, Arvind had no funds coming in and no home base or employees. Today, working together, we have a fully functioning clinic which consists of; 16 kennels with 16 more almost completed, an operation theater, a consulation room almost completed, a full time veterinarian, 3 paravets, 1 vet nurse, as well as a helper and a manager.

Attached are before and after photos of "Tommy" who brought Arvind and I together almost 4 years ago to make this all happen. 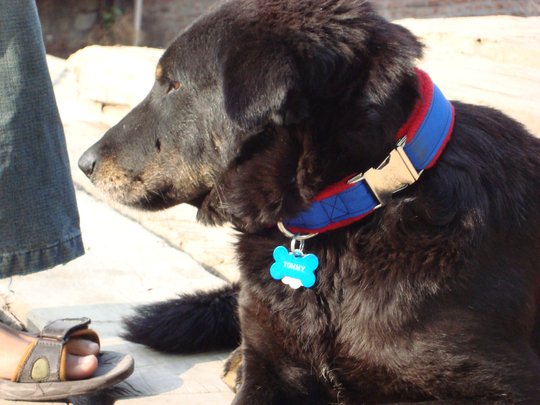 Tommy after he was healed and cared for.
‹ 1 ... 9 10 11 12 13 14 15 16 17
WARNING: Javascript is currently disabled or is not available in your browser. GlobalGiving makes extensive use of Javascript and will not function properly with Javascript disabled. Please enable Javascript and refresh this page.