Farmers are planting their water-saving trees!

By Trees for the Future Staff - Project Leaders 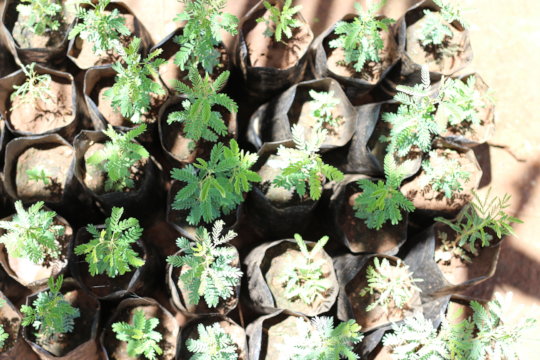 Acacia seedlings in their nursery

Our farmers in Tanzania have been keeping very busy preparing their vegetable and tree nurseries to plant around and within their Forest Gardens. This time of year is one of the most important as it sets the foundations for success for farmers in our program. Before Forest Gardens, farmers would plant a monocrop, sometimes with a very small home garden that allowed them to have one pay day a year and did not focus on higher value crops such as fruits. Now that farmers have Forest Gardens, we build their capacity as farmers to cultivate a wide variety of fruit trees, nut trees, medicinal plants, fodder trees, and field and vegetable crops to support themselves and their families.

Each farmer works hard to grow healthy tree seedlings and understand the important processes that it takes to create a successful tree nursery and thus a successful foundation for their Forest Gardens. Many of the trees that a farmer will plant in their Forest Garden are thorny species that are planted around the perimeter of a garden as a living fence to keep out livestock. Many of these tree species, such as Acacia mellifera, grow very well in arid areas and need little water. They grow well into a fence, sequester carbon, and their seed pods provide fodder for livestock and traditional medicines.

For example, in order to propagate this tree, farmers have to learn seed treatment and planting techniques. In order to grow, the seed pod must be soaked in water for a few hours and then the seeds come out easily for planting in nurseries. When it comes time to out-plant the tree into the fence line, farmers must space the seedlings close together (about a fist's distance) so that they can form an impenetrable barrier as they grow.

Building capacity of farmers to grow these trees is what makes our Forest Garden Approach and training unique and empowering. As our Tanzania farmers are in the middle of their nursery and planting times, we are happy to have your support for their work. Happy planting! 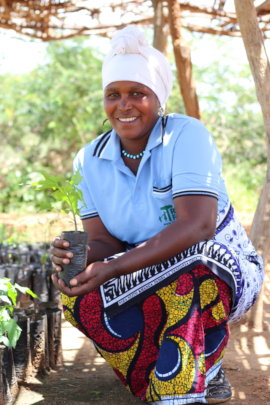 A farmer ready to plant her seedling 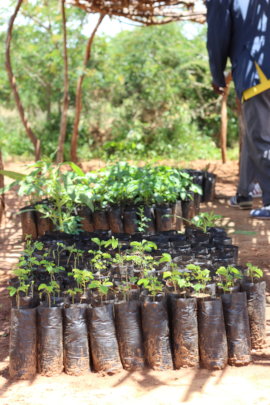 A variety of seedlings soon ready for planting 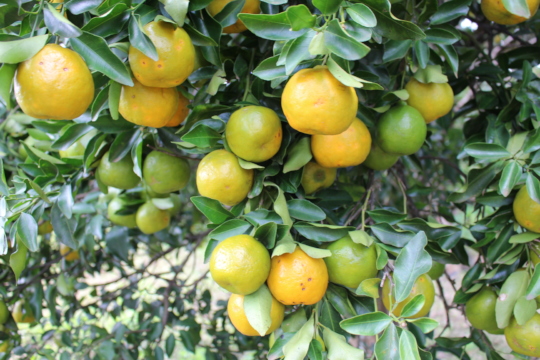 Next to George’s Forest Garden, his land is ripe with oranges streaming from trees, many fallen to the ground, unable to be picked or gathered, as that manpower would be costlier than his profits from selling the oranges locally at market. While his family and neighbors enjoy the sweet juicy fruits of this small orchard, George no longer is singularly focused on this one crop. In fact, in his second year with the Forest Garden Approach, his family has never eaten so well.

In addition to oranges, George and his wife Janet also grow cassava, maize, millet, sesame, and pigeon peas. In the past few months, they have also added sukuma wiki, boyo, amaranth, and pumpkin, all of which are cultivated for their green leaves. Additionally, the seeds of the amaranth are also eaten, as well as the vegetables from the pumpkin. George and his four grandchildren he cares for had never had leafy greens as part of their diet. Now, they are eaten daily.

Their Forest Gardens helps them ensure a more diverse diet and continued profits throughout the year and the diversification of their field has protected his family against crop failure. When the rains were shorter than usual this past year, George’s soybean plants died off. In the past this would have devastated his family. This year, they still had millet and cassava to eat and sell.

Through the introduction of new plant species and tools, George is very thankful for the gifts Trees for the Future provided him. However, he is most thankful for the trainings and knowledge he has absorbed through his trainings. Previously, he used to haphazardly cast seeds across his lands, hoping some would survive. Now he grows his vegetables and timber in nurseries with significantly improved germination and survival rates. This has been critical when the rains have not arrived as expected- or for the duration anticipated. He can water his seedlings in the nursery, and out-plant once the rains have started. George explains his soil is also richer and healthier now that he is composting. Through a handful of trainings and tools, George has transformed his life, his land, and his future for himself and his family. 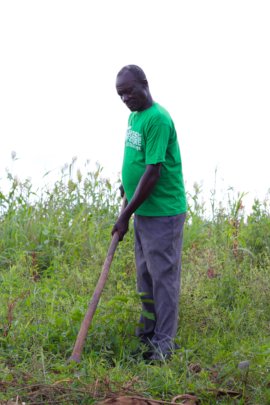 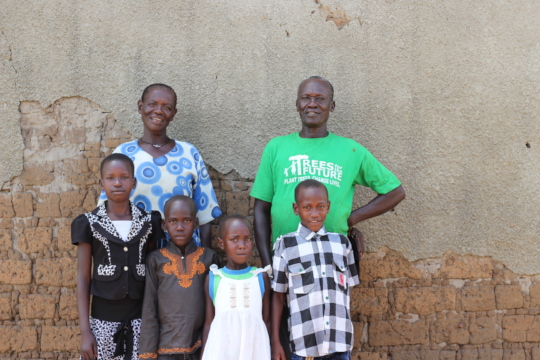 George with his family 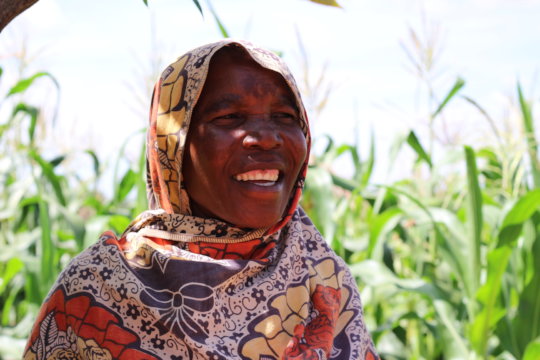 Safia in her Forest Garden

Safia, one of the farmers in Trees for the Future's Forest Garden farming program, is making the most of her land, time, and energy by cultivating a Forest Garden. Ending her second year in the program, Safia looks forward to her vegetables growing for her family to eat and to sell at market. Her trees are steadily growing since she planted them last year. This upcoming planting season, she will grow okra, pumpkin, amaranth, and spinach, alongside her sunflowers, maize, and chickpeas that she currently grows. While her region of Tanzania is dry, the intercropping techniques she is learning really help conserve soil moisture and help to keep the rain that does fall on the land.

Through her trainings with Trees for the Future, Safia's land has been given renewed purpose. She plans and plants things thoughtfully and to maximize her land and the soils health. Moreover, she also enjoys the camaraderie of her farmer group and often barters and trades among the group. With the proceeds from selling vegetables at market, Safia looks forward to establishing savings for the first time, hoping her children will be able to achieve a higher level education. She plants and plans so that her children's future can look bright. 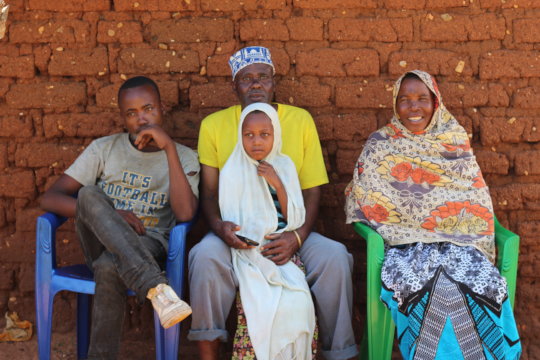 Safia and her family