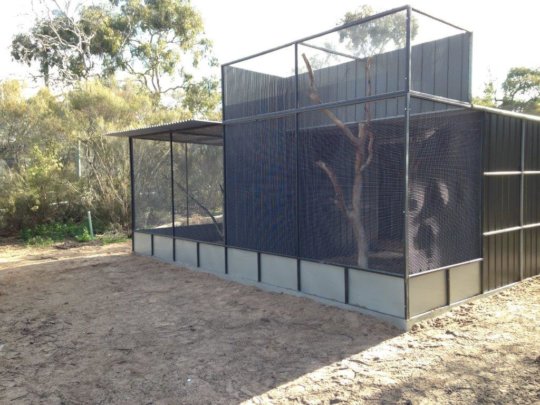 Late last year we were received a grant from the Victorian State Government’s Department of Environment, Land, Water and Planning to redevelop our wildlife education and captive breeding facility. We are proud to announce that this redevelopment is now complete, and we have accommodation to house a suite of locally extinct, nationally threatened species.

In this project we have:

The next step is the fun bit, finding some animals to come and live in them! We look forward to this critical milestone, and to bringing these animals back to the region for the first time in over 100 years. Along with contributing to a national network of predator proof facilities and help prevent these species from becoming extinct.

To accompany the new experience, we also developed a number of high-quality wildlife education and interpretive experiences to help improve the knowledge and awareness of biodiversity and wildlife conservation issues. By highlighting the plight of these locally extinct native species and housing them in our safe havens at the Little Desert Nature Lodge, we will create a rare and unique chance for the community and visitors to see, experience and connect with, our cryptic threatened species and thereby increase knowledge and awareness of these species and their conservation issues.

Now with this significant milestone completed, we will turn our attention to developing our research and rewilding reintroduction program. However, before reintroductions begin we still need to make some critical upgrades to our external predator proof fences. To make this happen we need your support to buy rolls of wire, netting, fence pins, posts and screws! So please continue to give generously!

To our amazing supporters and donors, we would again like to say thank you! Without your support we cannot continue this critical project and help conserve Australia’s weird, wonderful and highly threatened native wildlife. 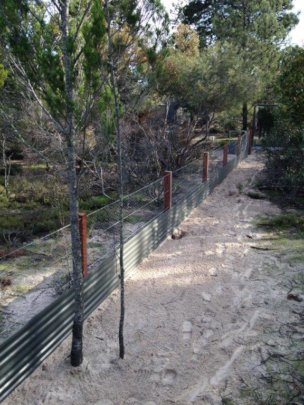 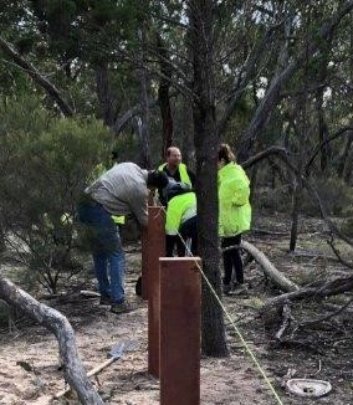 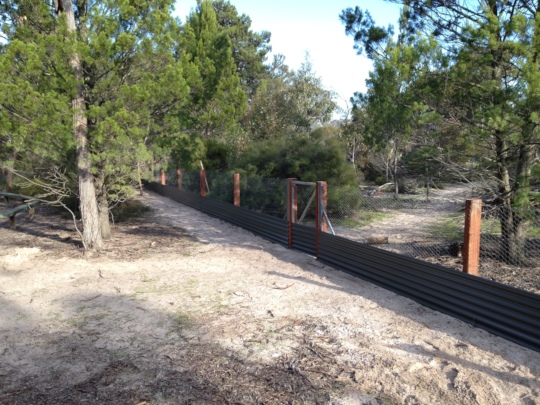 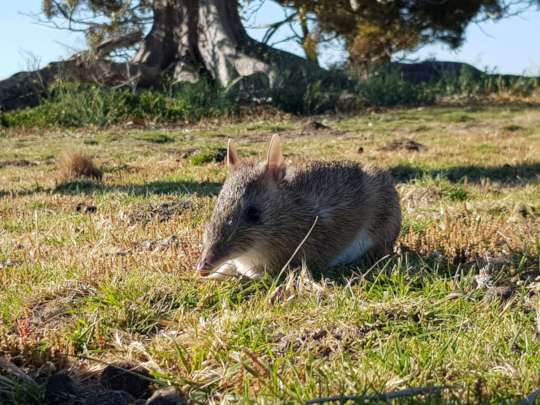 Since our last monitoring events in autumn this year, we have been hoping for rain to help our grasslands come along. Thankfully, Hamilton Community Parklands has had some decent rain and the grasslands are in good condition. Unfortunately, Woodlands Historic Park had gone through a dry winter, as well as dry previous summer months. This meant monitoring still had to be done to see how our bandicoot population was fairing.

Woodlands Historic Park trapping took place during the month of October. Approximately 230 traps were set for four nights of surveying. This equates to 23 kilometres to be walked at first light every morning, all in less than four hours. A massive task. This is achieved by breaking the property into six teams to be able to process all the traps effectively. Zoos Victoria play a huge role in assisting the event by providing trained bandicoot handlers. Along with all the volunteers who help, the handlers enter the data gathered electronically, hand over processing gear, and clean and reset the traps.

Earlier in autumn we caught 45 bandicoots. The hope for this monitoring session was not to have the ant population decline during the dry period which would significantly affect their food supply. The good news is that a total of 50 bandicoots were processed. A positive increase from the previous season. 20 of these were cleanskins (never been caught before),32 male,18 female, and the females were carrying a total of 27 pouch young. This is exciting, as at our last event no pouch young were recorded.

The most positive outcome was that the bandicoots were in a healthy condition. The success of bandicoots breeding strongly depends on the quality of their habitat conditions. So, it was fantastic to see them healthy and having adapted so well to their current habitat. We are also very hopeful, that when the grassland habitat starts to restore itself, there should be an increase in their numbers. For now though they are doing well in this scenario.

Hamilton's update will have to be in our next report, as they trap in mid-November. All the signs are looking good for a positive monitoring session. The habitat looks fantastic, so there is plenty of grass nesting sites and plenty of food for the bandicoots. In recent spotlighting events there have been great numbers recorded, of both adult and juvenile animals. Catching them however, is still a challenge.

Woodlands and Hamilton both have plenty of brush tail possums which get to the traps early, and they often set the traps off, getting caught in the process. But we are still hopeful to catch a good number of bandicoots to see how the population is progressing. During the winter there has also been plenty of upgrades done on the properties predator proof fence, weed control and habitat improvement.

So all in all, it has been a great start to the Spring monitoring season

Once again, great work everyone. Thanks for those involved from Conservation Volunteers Australia, Parks Victoria, and all the volunteers, along with the members of the Eastern Barred Bandicoot Recovery Team, who have all assisted in making this project possible. 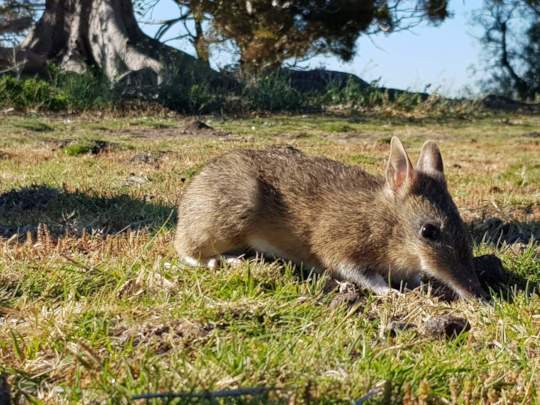 Thank You for Supporting our Wombats!

Thanks for your incredibly generous support of our wombat program over the past few years. Our program is ending now, but the part we have played in the development of a simple survey technique and in training local volunteers and community groups in mange surveying is invaluable. With your help, we have now created a huge community of people who can assist in identifying wombats with mange around the state – what a wonderful legacy!

Throughout the course of this project, we surveyed 2,005 wombats, assessed 1,725 for mange and calculated that for the sites we surveyed, the average mange prevalence was 2.3%, which is great news for wombats!

As the program moves into the next phase, from surveying to management, our project partner The University of Tasmania, is now conducting safety trials on a new drug that will potentially provide a long acting, single dose treatment for mange affected wombats. If successful, this will be a real game changer in the way mange in managed in the wild. We look forward to seeing the results at the end of the safety trials.

Once again, thank you for supporting our project and helping to provide a future for the wombats.

‹ 1 ... 5 6 7 8 9 10 11 12 ... 38 ›
WARNING: Javascript is currently disabled or is not available in your browser. GlobalGiving makes extensive use of Javascript and will not function properly with Javascript disabled. Please enable Javascript and refresh this page.