Taking Care of the Elders

The completed ‘Retirement Village’ now stretches approximately 600m across the hill of Bonorong Wildlife Sanctuary. The only remaining task before devils can inhabit their new home is to install water facilities and a range of native vegetation trees and shrubs. Irrigation of fresh drinking water is naturally of prime importance as is the creation of native habitat. Once these vital tasks have been completed we will see devils on the ‘waiting list’ released into this enclosure to begin their lives of leisure. Before this can eventuate however, financial contributions are continuing to be sought - big or small they will all help to bring this project to a close while a new life for the devils will just be beginning.

As we wait for the final stages of the Retirement Village to be completed, we are looking to the next stage of our devil conservation efforts. We will be working with a number of groups to source new programs to support our ongoing devil initiatives, and we look forward to keeping you up-to-date with these in the coming months.

Why do we choose to support the Tasmanian Devil? This iconic species is under threat and in just 18 years its rating has changed from ‘common and stable’ to ‘endangered’. Their dramatic population decline over the last decade is due to a fatal, contagious cancer — devil facial tumour disease. There is currently no known vaccination, treatment or way to detect the disease, before the tumours occur. According to some predictions, the devil facial tumour disease could wipe out wild Tasmanian devils in less than 40 years.

As the facial tumour disease is spread through contact, separating these populations is of utmost importance. Creating the Retirement Village at Bonorong Wildlife Sanctuary was a significant first step towards preventing the interaction from diseased populations to clean populations. Colin Jackson, CEO of Conservation Volunteers Australia says, “CVA is committed to making a meaningful contribution to a sustainable future for the Tasmanian Devil and we encourage everyone to do the same.” 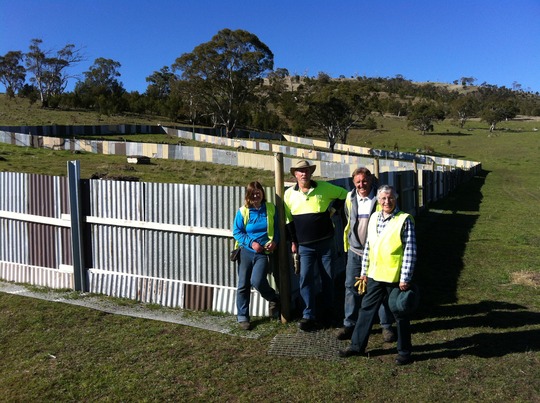 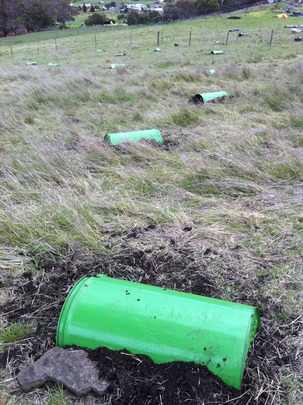 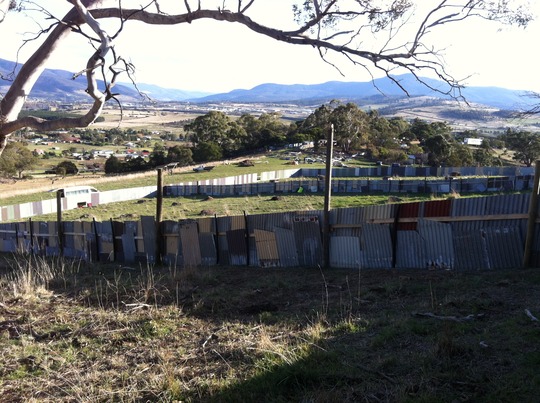 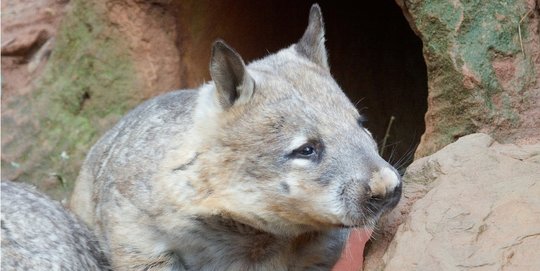 With a small amount of rain and some sunny weather, it is amazing how the landscape can respond with new growth on vegetation, plants flowering and wildlife on the move. Although we are still struggling to get a good supply of Austrostipa (native grass) for the Southern Hairy-nosed Wombat to feast on, we have had some excellent results in collecting its seed from surrounding areas. This is in anticipation of creating a seed orchard which will secure future seed source and increase this preferred food for the Southern Hairy-nosed Wombat across the Park.

Over 300 volunteer days have been spent on ground in the past few months. Volunteers have been removing  heavily infested areas of weeds, clearing the way for our native plants to re-establish themselves. Adelaide volunteer Tom says, “It’s one of the satisfying parts of volunteering – knowing you are having a real impact on weeds and ultimately the survival of the wombat. I thought it would be hard going but to spend a day in this fantastic place – nothing could be further from the truth!”. Volunteers have also undertaken eight days of wombat warren surveys, adding to the crucial data collection that takes us that little bit closer to finding out what the population is in the region. Wildlife Researcher, Dr Mark Lethbridge has been collating this data and said we are very close to having enough information to start getting some results. “Just a few more surveys on wombat warrens and vegetation surveys around the warrens is all we need. Then we can start extrapolating information that will help guide us in the management of the Southern Hairy-nosed Wombat and improve its chances of survival in this region.”

As we move into 2015, we have set the dates for vegetation surveys and wombat warren surveys and eager for people to continue to support this critical program – there’s still much to do!

Thank you again for donating to the Southern Hairy-nosed Wombat appeal this year. Your contribution is directly supporting the management and survival of this unique and much loved animal. We look forward to keeping you up-to-date with our progress throughout 2015. 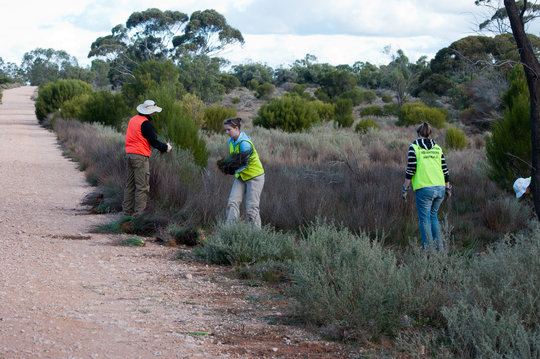 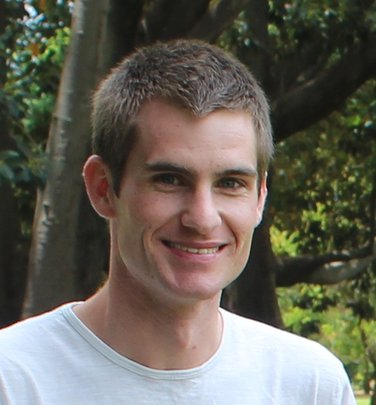 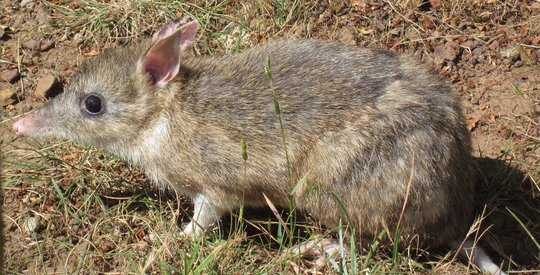 With such a great result in our winter trapping, we just had to get back out there and do it all again.  Two weeks later we reset the traps, and to our amazement, the results the second time around were better than the first trapping.

Conservation Volunteers Australia’s Project Officer, Travis Scicchitano, reports:  “We trapped for 7 days over a two week period, and across the 7 days we had 130 bandicoot captures with 56 individuals caught, 31 clean skins, 34 males, 22 females and 56 pouch young! Two females were caught with 4 pouch young. The break down for the two weeks was as follows:

The incredibly exciting news is that our numbers grew from day to day for the first time since trapping started.  Also the number of new clean skin animals increased the second time around, which was fantastic.”

We have our final monitoring session for the year coming up at the end of November.  According to Travis, “Due to the success of winter we will have to work even harder.  Currently we need three teams to help monitor the site, but due to the large number of new animals, we are going to have to increase to five teams.  This is to speed up the process so we can reduce the time in traps and send our bandicoots back on their merry way.”

In more positive news Melbourne Zoo’s veterinary team have been out testing the blood work of the bandicoots to make sure any disease is picked up on site.  Travis says, “ I’m very happy to report that all results have been negative so far, which means our little friends are not only doing well in their new home, but in top shape health wise as well.“

One more bandicoot was released from the breeding program in late August, and based on these latest numbers he would have many new friends on his first night in his new home.

Our volunteers have continued their outstanding efforts, maintaining the newly planted grassland as a priority.  Travis says, “With earlier than expected hot weather, combined with not much rainfall, plenty of watering is needed at the site.  It’s a long task but certainly worth all the hard effort after getting the plants in.”

So once again great work everyone involved from Conservation Volunteers Australia, Parks Victoria, volunteers, donors and all members of the Eastern Barred Bandicoot Recovery Team who have assisted with making this possible.

We look forward to updating you in the New Year with our latest trapping results! 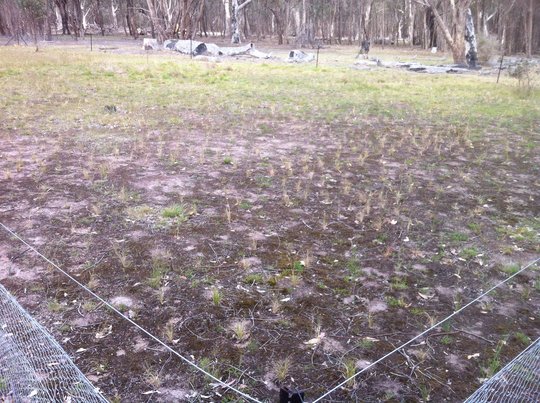 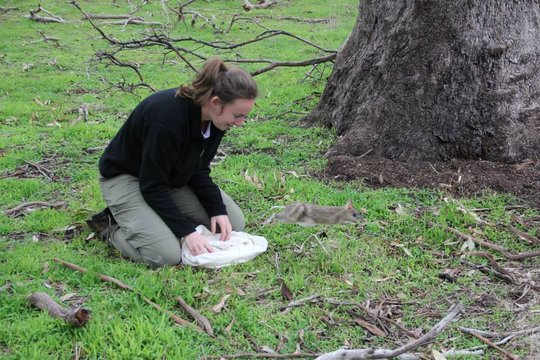 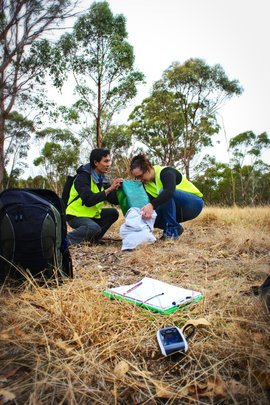 ‹ 1 ... 28 29 30 31 32 33 34 35 ... 38 ›
WARNING: Javascript is currently disabled or is not available in your browser. GlobalGiving makes extensive use of Javascript and will not function properly with Javascript disabled. Please enable Javascript and refresh this page.