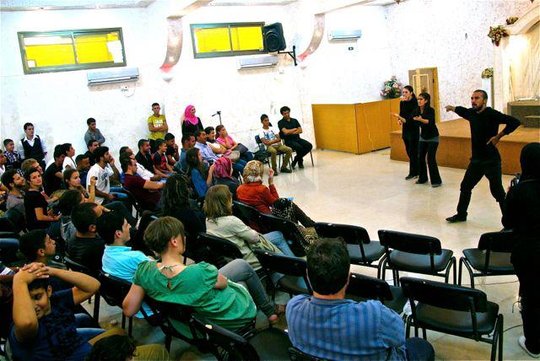 Since the completion of the first Freedom Ride, the Freedom Bus troupe has been on the move visiting communities across the West Bank.  In November, the Freedom Bus partnered with students from BirZeit University, just outside Ramallah.  The students who are part of the Juzoor/EWASH water justice advocacy programme joined the Freedom Bus in Faquaa and the Jordan Valley as part of our Ride for Water Justice, which also visited Battir, Bethlehem near the end of November.  All three events succeeded in raising awareness about the water situation in all three locations.  Additionally, the days with student participants from BirZeit University succeeded in fostering connections between Palestinian media students, international activists, and community members.

The Freedom Bus ended the year with a visit to Nabi Saleh, located in Area C.  Palestinian society is divided into three “areas”, Area A (under full Palestinian civil and security control), B (under full Palestinian civil control and joint Israeli-Palestinian security control), and C (under full Israeli control – security, planning, and construction).  In 2009 an Israeli settlement, now called Halamish, was built in Nabi Saleh claiming the one spring on which the village relied.  The spring, which was privately owned by Mustafa Tamimi, was an obvious affront to the sovereignty and rights of the village.  Two year later, Israeli soldiers shot a tear gas canister into Mustafa Tamimi’s face causing severe wounds and eventually death.  This past December the community of Nabi Saleh came together to pay tribute to Mustafa and Rushdi Tamimi, two unarmed civilians shot and killed during, regular, peaceful demonstrations in Nabi Saleh.  The day included a Playback performance by the Freedom Bus troupe, Dabke (Palestinian folk tradition), and a play by local children.  The Freedom Bus troupe was honored to be the only group from outside Nabi Saleh to be given time on stage, demonstrating the communities understanding and value of the role Playback Theatre plays in remembering, grieving, and affirming identity. 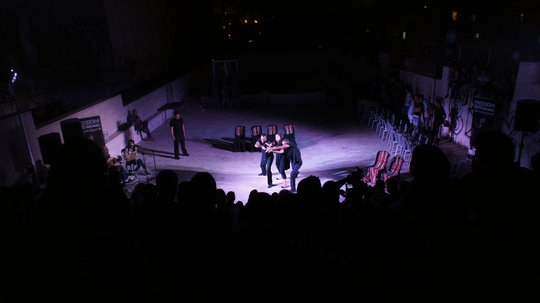 The Freedom Bus project has just completed its first Freedom Ride, bringing together hundreds of Palestinians and internationals on a tour to communities all over the West Bank of occupied Palestine.

During the ride, The Freedom Bus visited some of the most besieged areas of the West Bank. Palestinian actors and musicians enacted personal accounts of community members, touching on issues such as home demolitions, land confiscation, nightly army invasions, arbitrary arrests, settler violence, water shortage, the effects of the Wall and much more. Interactive theatre and music performances were complemented by hip hop concerts, university seminars, community tours and giant puppet shows.

The Freedom Bus made its first stop in Faquaa, where although the village's name means spring water bubbles, the villagers are struggling to get access to clean water due to Israel's separation barrier and land confiscation. The performance was watched, from a distance, by Israeli soldiers looking through binoculars and photographing and filming the crowd over the barbed wire.
The bus continued to Nabi Saleh, a small village surrounded by settlements, where we heard several stories from women in the village who are very involved in the non-violent resistance. A newly released prisoner also joined the performance, and as the villagers joyfully crowded around him to welcome him home he told the audience about his experiences of being held in Israeli prison.
In Aida Camp, close to Betlehem, the Freedom Bus actors had the opportunity to perform in a beautiful purpose-built outdoor theatre directly next to the separation wall. As we performed in the shadow of the wall the lights of our show lit up the resistance graffiti. It was a truly astonishing setting. An elderly man began his story with a joke: “When people come into your house, they usually choose to enter through the front door. But in the Second Intifada our visitors [the Israelis] came through the walls.” He was referring to the Israeli practice of bombing the walls of neighbouring houses to move through the camp internally. His house was entered in this way and occupied by a group of soldiers for seventeen days before the army set off a bomb that exploded through the walls of five adjacent houses.
Another stop was made in Ramallah, where in the unlikely setting of a corporate conference room, we heard stories from Gazans who lived through the war on Gaza of December 2008 – January 2009. The performance was beamed to the people in Gaza and as the Freedom Bus actors introduced themselves they said they dreamed of one day being able to perform in Gaza without the need of wires and cables. A woman from the Gazan group summed up what many were feeling when she said; “I am happy to see you, but unhappy about the borders between us.”
In Al-Walajah, a village facing impending strangulation by the separation wall, the Freedom Bus joined community members in a creative march to protest the attacks on their land and homes. The villagers of Walaja have owned the land for generations, but only inhabit one side of the valley after they were expelled from the location of their original village in 1948. Soon, the valley will also be lost and the wall will essentially imprison the village.
In a desert valley overlooked by hilltop settlements near Jerusalem, we found the tiny village of Khan al-Ahmar, a Bedouin encampment of ramshackle hand-built shacks of tin, plastic and wood. The Freedom Bus tour purposefully chose to visit Khan al-Ahmar in order to highlight the conditions of the often-forgotten Palestinian Bedouin population in Israel-Palestine. These people are prevented from pursuing their traditional way of life and their homes are constantly under threat. Nonetheless, an older Bedouin man described the Bedouin as “fierce and resilient people” who will resist as long as they can. As one young Bedouin man put it: “The singer may die, but the song will live.”

It is hard to do justice to the experiences of this Freedom Ride. In short, the international participants left occupied Palestine with memories for life. The perhaps strongest impression was the steadfastness and creativity of people living under occupation. The stories, brought to life by the Freedom Bus actors, acted as a remarkable testimony of a collective struggle to live with dignity in the face of oppression.

This historic Freedom Ride would not have been possible without your support. As we look ahead towards what we hope to be many more rides, we invite you to join us on our continued journey. 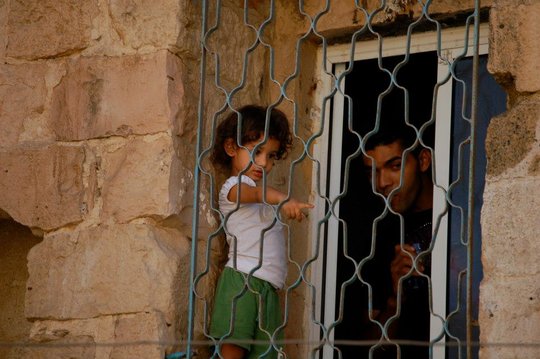 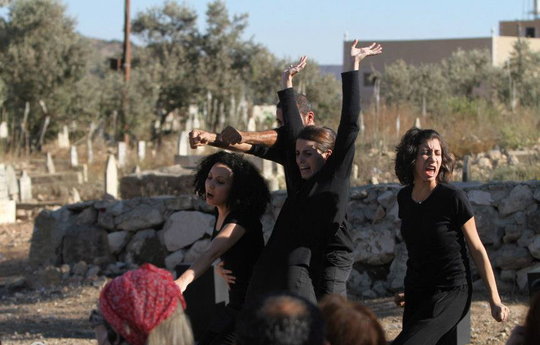 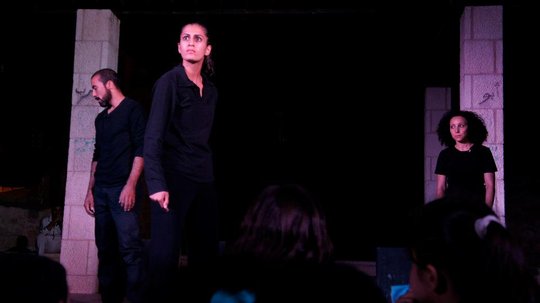 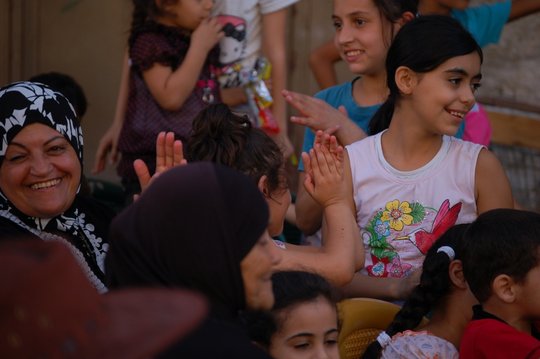 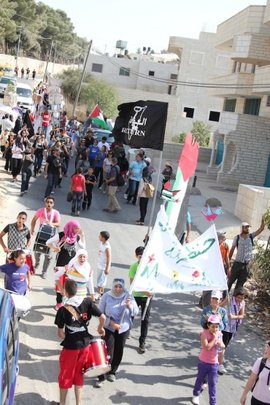 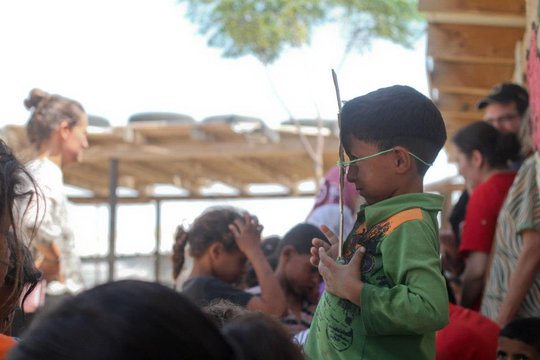 The Freedom Bus project is ready to take off! On September 22nd people from around the world will gather in Jenin to get onboard the bus, joining Palestinian actors, musicians, writers and activists in a Freedom Ride to key sites of resistance and oppression in the West Bank.

Join this ride for justice and hear first-hand accounts of resilience, courage and determination. Witness stories come alive through theatre, giant puppets and music. Attend seminars with some of Palestine’s leading activists, writers and scholars, exploring issues such as the mechanisms of occupation, colonialism and apartheid. Meet with community members to share experiences of the many ways that they are engaging in the struggle for freedom and justice. In short: it will be the ride of a lifetime!

In addition to community visits, interactive theatre performances and seminars, the ride will also include several concerts featuring some of Palestine’s best contemporary music artists:

If you can't join the Freedom Ride this time, you can stay connected through our many social media channels:

You can also support the project by making a much-needed additional donation at:http://www.freedombus.ps/donate

Thank you and welcome onboard the Freedom Bus - if not in body then in spirit. 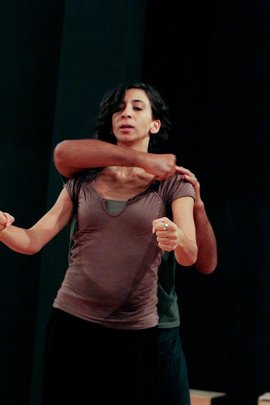 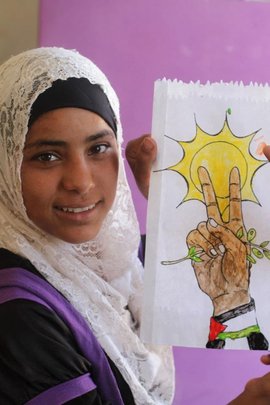 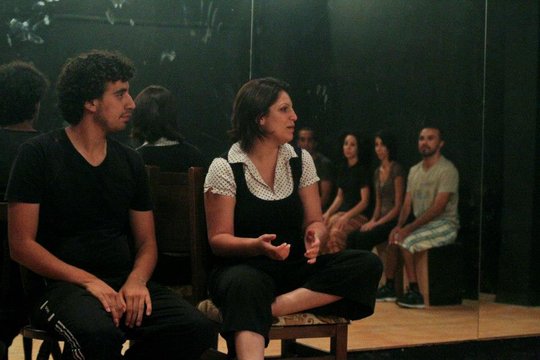 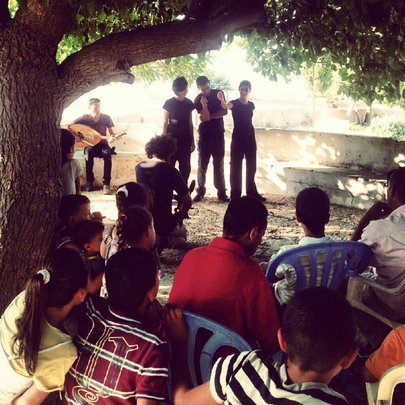