Draguation and the power of personal narrative 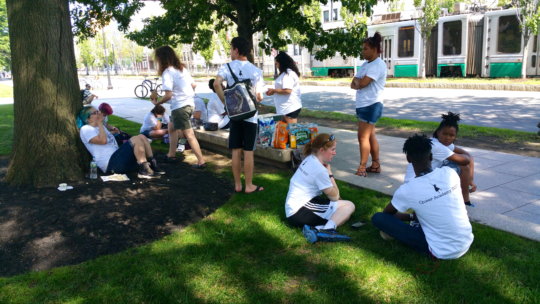 Look what you did.

Allie* came in the first day of the True Colors summer program, Queer Academy, with her head down, shoulders slumped, and trembling. It was one of the first times she had been 'out' as a girl. The youth and staff of "Queer Academy" welcomed her with wide smiles and open hearts.

Over the course of the next six weeks, she and the other nine youth, explored themselves and their world. They did team building activities every morning and discussed the lessons of the day every afternoon around their 'queer campfire".  They teamed with community leaders to explore topics that mattered to them - like LGBTQ icons with Sarah Prager author of Queer, There and Everywhere and gender with transgender writer, activist and media personality, Tony Ferriaiolo.

They went on field trips every Friday to area museums, queer history archives, and even the "Big Gay Ice Cream Shop" after touring the Stonewall Bar as the recognized start of the LGBTQ civil rights movement.

They researched and completed a 'Presentation of Learning' on an area of queer culture that mattered to them.  And, Allie began to thrive. She stood straighter, made eye contact, and ultimately developed a preformance piece called, "The Importance of Being Me" that SHE PERFORMED at Draguation.  All this in just six weeks.

That is the difference support makes. This is what affirmation looks like.  And the truth?  We couldn't do what we do without you. Queer Academy has no funding source other than our donors. No grants, no public money.  Just you.

And look what you did for Allie. 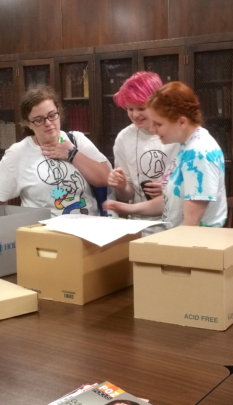 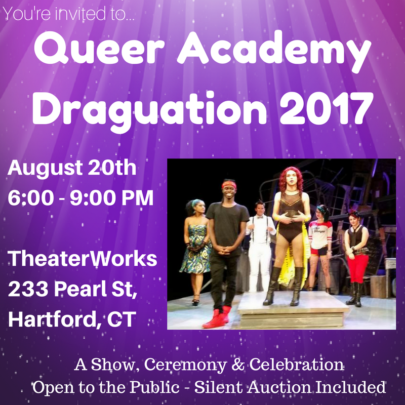 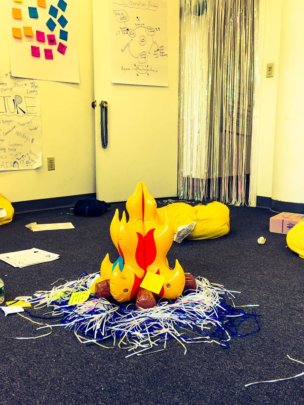 Words fly, kids die. We need to get out front and have our kids' backs. 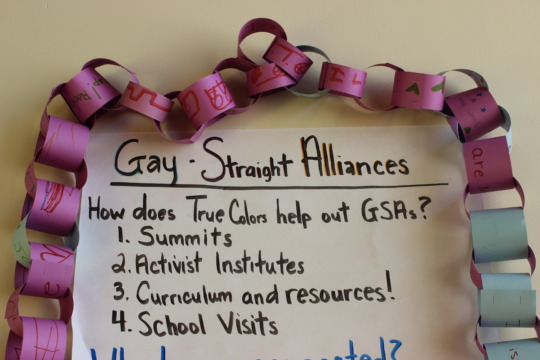 In some ways this has been a difficult quarter. Three Connecticut youth who identified on the LGBTQ spectrum died by suicide since our last update. That is unbelievably painful to their families and friends -- and to us who have made LGBTQ youth support our mission for the past 25 years.

I want to share with you my message (below) from the press conference we held along with Senator Richard Blumenthal, CT Child Advocate Sarah Eagan and Executive Director of the Commission on Children, Women and the Elderly on July 5th.  I hope it leads you to take some action as an ally or LGBTQ adult to intervene when your hear mean; to volunteer in organizations that share your values, and to speak up and out. As LGBTQ/Ally adults we need to do more to make this world a safer place for our children.

At the same time, we are very grateful that your support allows us to do what we do. Here is some of what your donations helped make possible between last quarter:

I am also honored to note that I was chosen as Connecticut’s representative for The Advocates 50 American Heroes and one of the 50 Stories about Pride in USA Today in June. Thank you for your support.  We know we couldn’t do what we do without YOU! And we are very grateful.

Thank you all for coming. My name is Robin McHaelen. I am the Executive Director of True Colors, Inc. a Hartford-based, statewide agency dedicated to ensuring that youth of all orientations and genders are valued and affirmed, at home, at school, and in the community at large.

A reporter asked me if we were going to have youth here to tell their stories. I said no.  Although youth are being dramatically impacted by what is going on, they are not responsible for it.

We are. This is a grown-ups problem. This is a problem where so-called adults spend much of their time, making so many people, “other”.  Refugees, undocumented immigrants, Muslims, people with disabilities, unarmed Black men and women, and people who are transgender.

Much of the rhetoric isn’t new – but it has been generations since so many people felt so empowered to act on their biases publically.

It is time for actual grownups to say, enough is enough.  Stop it. Just stop it.  It is time for us to act like grown-ups.  And it is past time for every grown person to speak up.

When you hear mean, intervene. No matter who says it. Biases are passed from generation to generation. Every time we hear something and we don’t say something – we have said something. We have said what just happened is okay with us. It is not okay.

A lot of us grew up with the adage, “sticks and stones may break my bones but words will never hurt me…” it was wrong then and it is wrong now. Words do matter.

It isn’t that hard. Hear something? Say something. Say, ouch. Or I disagree, or I feel differently about that. Or please don’t use that language around me or my children. Or stop it.  Just stop it.

Words fly and kids die. It is long past time for every one of us to take responsibility for that. 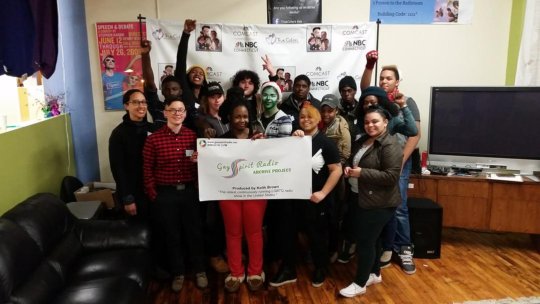 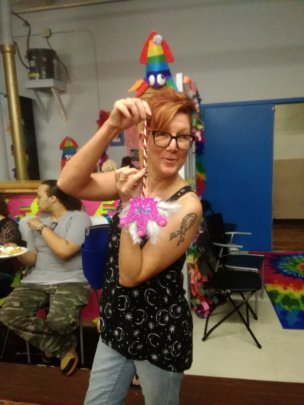 A Fairy Godparent/Mentor at True Colors

Because of you TC 24 is a huge success! 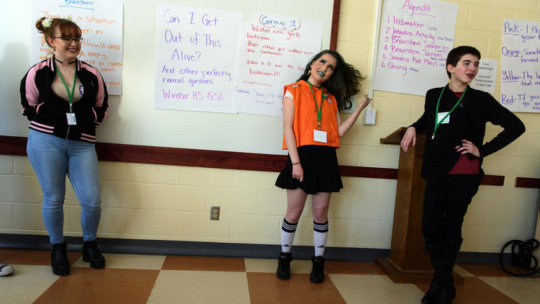 one workshop out of more than 200

Like every year, our 1st quarter report focuses on our annual conference.  The 24th annual True Colors conference, "Imagine a world!" was incredibly successful - largely due to the support of people like YOU!

“Not only was it the place where I learned I was transgender 7 years ago, this conference is responsible for helping me become the activist I am today. If it weren't for true colors, … I would have never had the courage to stand up for my rights in high school and college, and trained the faculty on transgender rights.  I just wanted to thank you from the bottom of my heart, and let you know how much the conference and organization means to me.”  —a young adult participant

“I wanted to reach out to you and tell you what an amazing time I had this weekend...I was educated, enlightened and inspired. What a very necessary organization you have for these amazing youth.” —a presenter

“You have created an environment  filled with joy for another year for our students to enjoy.  I also took away valuable information as an educator.”— a teacher

Please feel free to contact us at (860) 232-0050 or by email at director@ourtruecolors.org. We would love to hear from you -- feedback about our reports, programs etc; for more information about the programs your donations help support or for any reason. Your voice is always welcome here.

Thank you again.  Together, we imagine -- a create - a world in which every child is welcomed, valued and affirmed. 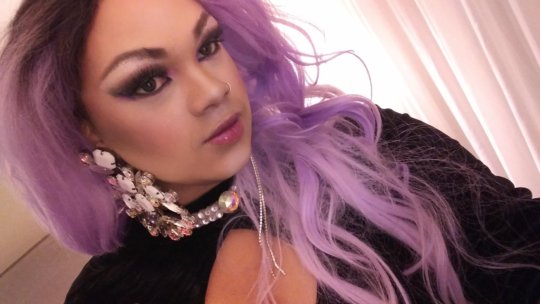 Xiomarie - back by popular demand

Attachments:
‹ 1 ... 5 6 7 8 9 10 11 12 ... 14 ›
WARNING: Javascript is currently disabled or is not available in your browser. GlobalGiving makes extensive use of Javascript and will not function properly with Javascript disabled. Please enable Javascript and refresh this page.