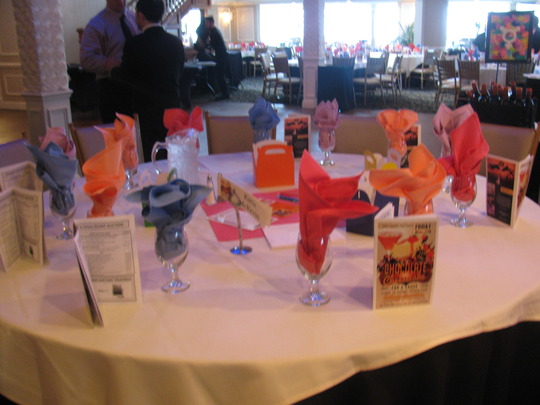 TR* just turned 21.  She graduated from college in May and is trying to figure out what is next for her. She identifies as a Masculine of Center, African, Lesbian Woman – and she has no place to call home.  Her African family rejected her because of her lesbian identity and masculine gender expression. Her white mentors and friends can’t fully understand the depth of her rage and fear about the events in Ferguson, Baltimore, New York and South Carolina.  Her attempts to talk about her experience of systemic racism and/or homophobia have often led to further isolation. She has been rocked off her moorings when people she loves and admires spit out the taint of bias inherent in growing up white and/or straight in America.

Her story isn’t that unique. Many of our youth of Color have to juggle multiple social identities and loyalties – there are too few places where they get to bring their whole selves.  At True Colors, we are working very hard to become a place that all of our youth experience as ‘home’.

Over the last several months, we have co-sponsored and helped organize a series of “Chicago Dinners” bringing people of diverse backgrounds and experiences together over dinner to talk about the ways in which racism impacts us all. We joined the Black Lives Movement and participate in weekly meetings, direct actions and even civil disobedience. (Our Executive Director was one of the “Hartford 17”, 17 activists who were arrested at a Black Lives matter action in downtown Hartford). We are training our staff; engaging in difficult conversations, and changing the look and feel of our office to be more inclusive.

Undoing racism isn’t a destination – it’s a journey. With the support of people just like you, we are walking it side by side, day by day, with our youth.

PS.  Marriage Equality also happened in June when the Supreme Court ruled that it was unconstitutional to prevent same sex couples from marrying if they chose to.  True Colors was quite active in the marriage rights movement and we are thrilled with the results.  Many, many volunteers, advocates, donors and individuals just like you and I, invested time, energy and resources to make this happen. We are very grateful.  And, we are excited to know that because you help us, help us our kids grow up safely, the world will now allow them to marry if they choose.  How cool is that? 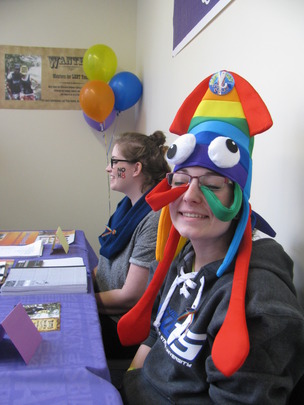 Partnering with NoH8 to raise awareness 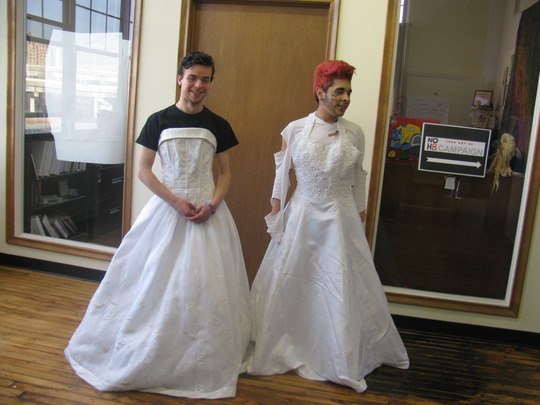 fun in the office 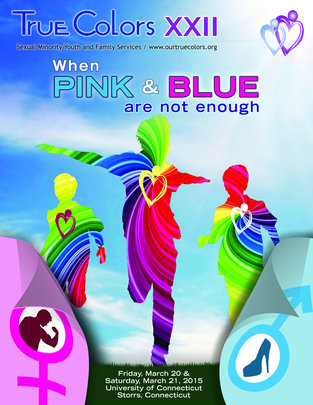 For the first quarter of 2015, our focus was on our annual LGBTQIA youth conference – True Colors 22 – which was held on March 20 and 21 at the University of CT in Storrs.

Here’s just a taste of what our youth participants said:

Registration fees only cover a portion of the costs of the conference. That is yet another reason why our donors matter so much! Your donations and support made it possible for us to offer over $6,000 in scholarships for the event. Each of the youth responses above came from a student who wouldn’t have been able to attend without the support of people like you!

It is an honor to be able to do the work we do on behalf of LGBTQIA youth. We are so grateful to each of our donors and supporter – to you – for making this work possible! 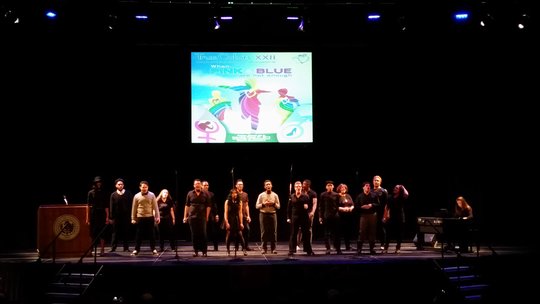 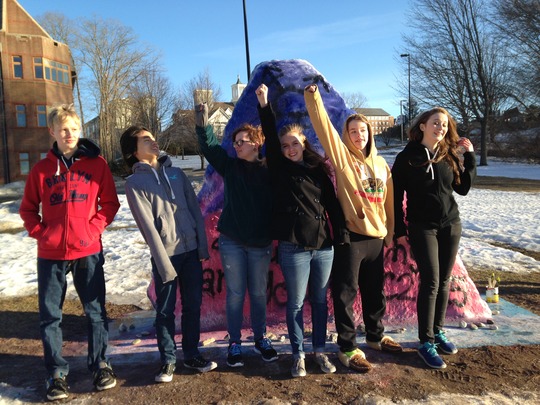 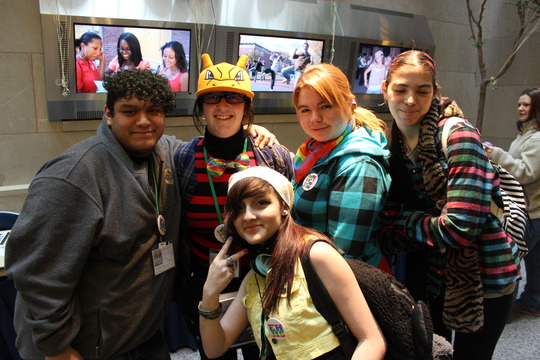 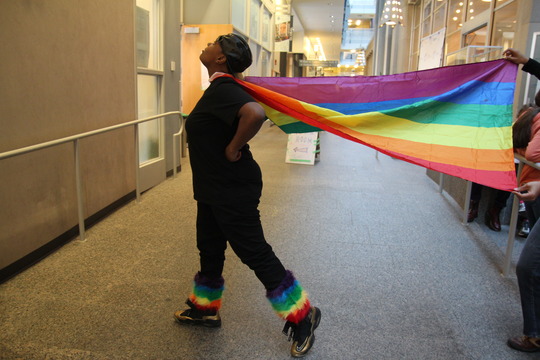 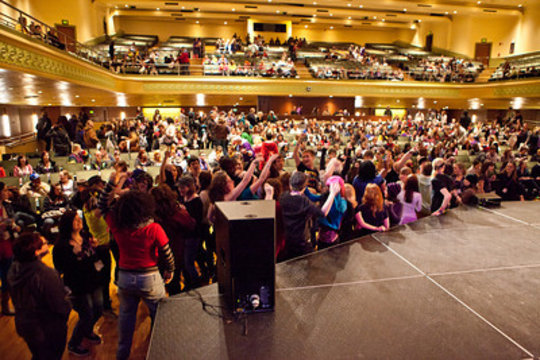 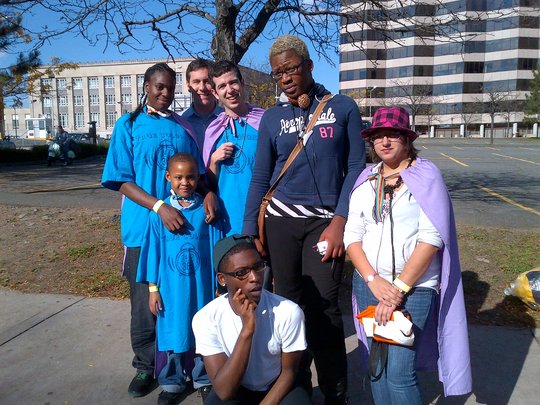 During the last quarter of the year, people's thoughts turn to the holidays and this "Currier and Ives" images of happy families, great get-togethers, lovely times.  The picture of how 'life is supposed to be' is so clear that even those of us with happy families, great get-togethers and happy times can feel a little let down when the reality doesn't quite live up to the hype.

Now imagine you are 13 or 15 and live in 'out-of-home' care like foster care or a group home or a shelter... Imagine further that you live there because your family rejected or abused you because of you were gay, lesbian, bisexual or transgender...  The Holidays can be hell.

But, because of the support of people like you, we are able to help youth create new memories during these difficult months.  Several years ago, we launched a 4th quarter project called, "Donate a Memory".  Instead of money, people donate experiences!  This past year, for example, people donated tickets to live theater, movies, museums, trampoline parks, skating, restaurants and other new and interesting places. We then gave the tickets to mentors and mentees for paired and group activities. In each case, the mentee gets to spend time with someone who cares about them and have a fun and exciting new experience.  We can't replace their families or change what has happened to them in the past. But, because of people like you, we can give them some new memories to treasure. And maybe next year, when the holidays come around, they will have some Currier and Ives of their own. 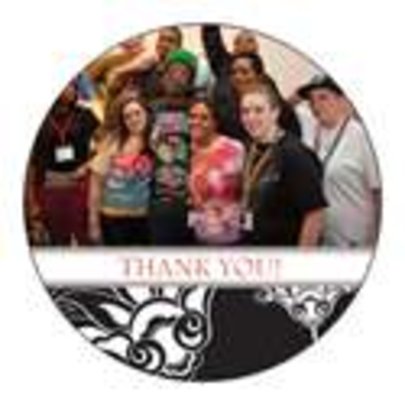