From Laborer to Business Owner: A Grandmother's Story 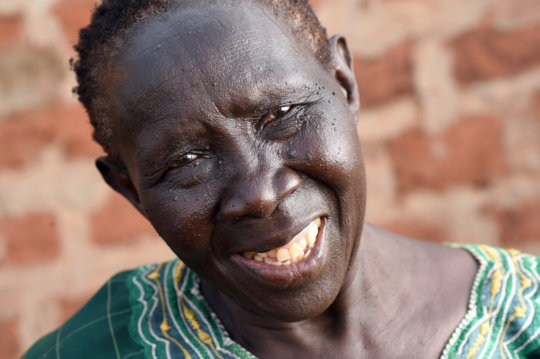 At 67, Juliana has seen a lot in her years and has endured unimagineable struggles.  Yet, she perseveres.

Juliana’s parents died when she was very young and her elder brother raised her. At that time, education was not readily available, especially for girls. They were farmers, as were most in their home in South Sudan. It was there, in later years, that she met and married her husband. In 1980, Juliana and her husband were caught in the crossfire of the war.

As they fled the violence with their four children in tow, she became separated from her husband. Caught in rebel fire, she was shot and her left arm was badly damaged. She awoke in the hospital and her husband was missing. For years she held out hope that he would be found, but that hope never materialized.

Juliana relocated to Kampala’s Acholi Quarter with her children, who have now multiplied to include 11 grandchildren and great grandchildren.  Like most grandmothers, she wishes the best for her family and is concerned for their welfare when she is no longer able to contribute financially.

Two of her children perished in different quarry accidents, and she knows that she is getting too old to continue to work in the quarry.  The work is back breaking, but it is all she knows.  Although she feels too old to find a new means to support her family, she has requested and received a loan through our program.  Juliana owns a small “plot” within the quarry and with the loan, she has hired laborers to do the excessive manual work required to crush the stones, providing her with an income without having to do all of the work herself.

Juliana is just another success story of the power we each have to make this world a better place.

A donation of just $25 gives a woman the power to build her own future. 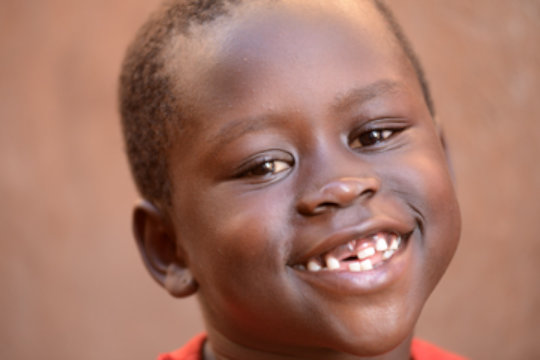 "I am 13 years old and the youngest in my family. I have one sister and one brother, neither of them go to school. I do not like missing lessons, so I am eager to go to school every day. It is important to me to go to a school where the teachers are good and they have time for the students. When you have knowledge, you can excel in life. I hope to become an accountant. It’s easy to get a job if you know how to manage business. I have a dream of finishing my studies and getting a god job. Then I will construct a house for my mother. And once I have a good job, I also want to help the needy, so I can support someone like someone has supported me."

For just $25 a month, you can give a young scholar the education needed to empower her to dream and build a better life.

My children can succeed in reaching their dreams. 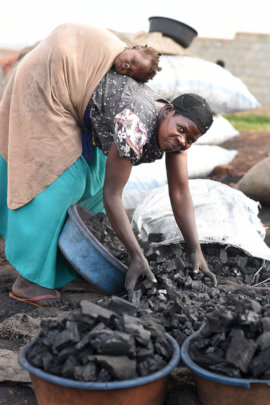 Rose grew up in Gulu. Originally, Rose hoped to become a nurse, like her Aunt.  She saw how well-respected her aunt was and wanted to be like her.  “I wanted to be a nurse so my father would also respect me.”  However, in primary 7, her father passed away.  He had supported her education, not her mother.  Her mother had never attended school herself, and could see no value in it.  The combination of Rose’s father’s untimely death and the ensuing civil war, conspired to end her studies.

She met her husband in the North and followed him to the Acholi Quarter once he secured work.  When she first came to the Quarter, she would sell grilled maize and worked in the stone quarry.  In time, she would learn the trade of making recycled paper bead jewelry.  She is a fast learner and a skilled artisan and is one of Project Have Hope’s most talented artisans.

Together, she and her husband have eight children, including a set of twins. Her husband works in a fish factory, but the work can be sporadic, making it difficult to support their large family.  To generate more income, Rose partnered with a friend to start a small business selling charcoal.  Her friend no longer wants to pursue the work because of the long hours required.  Rose, however, sees the potential money that can be made and is trying to expand the business and make it her own.  With a loan, she would invest in a larger quantity of charcoal to sell within the Quarter.

Rose wants to secure education for all of her children.  Her eldest is enrolled in a competitive secondary school and is at the top of his class.  She sees great things for him.  “I never succeeded in my dreams of becoming a nurse, my hopes are in my children.  I encourage them to follow their dreams, since mine were stopped.”

Once her children have completed their studies though, she would like to return to the North where her mother lives alone.  It costs much less to live in the North.  Additionally, they are more self-reliant and can grow their own food.

A donation of just $25 gives a woman the power to build her own future.

‹ 1 ... 6 7 8 9 10 11 12 13 ... 27 ›
WARNING: Javascript is currently disabled or is not available in your browser. GlobalGiving makes extensive use of Javascript and will not function properly with Javascript disabled. Please enable Javascript and refresh this page.