Entrepreneurship and Career Readiness at Agahozo-Shalom 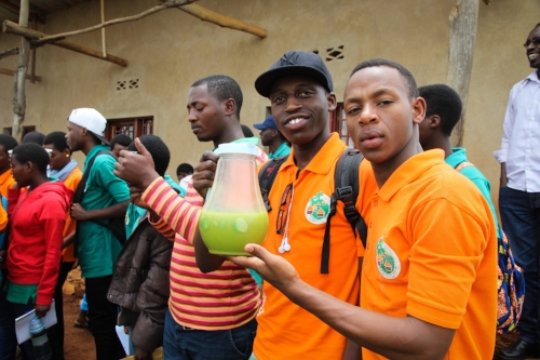 Agribusiness on the Entrepreneurship Field Trip

As a holistic learning community designed to heal and educate Rwanda’s most vulnerable youth, one of our top priorities at The Agahozo-Shalom Youth Village is to prepare our students for life after graduation. Through Formal Education and Life Enrichment Applied Programs, we strive to ensure that our kids are ready for higher education and sustainable employment. Because of a renewed emphasis on entrepreneurship, computer literacy, and English comprehension, we believe that our future graduates should be better equipped than ever before to lead fulfilling adult lives. We are excited to give you a glimpse into how these programs have already begun to change lives in the first term of 2017.

Rwanda is counting on young entrepreneurs to carry its rapid development forward, and thanks to your generosity our students are eager to contribute. With two years dedicated to studying personal finance, goal setting, and agribusiness, and one year dedicated to generating a realistic business plan, we are confident that our graduates will have a meaningful part to play in Rwanda’s burgeoning economy. In Term 1 of 2017, our S6 students even had the opportunity to go on an Entrepreneurship Field Trip with TechnoServe. Visiting five sites across Kayonza District, our kids enjoyed hands-on learning experiences with local entrepreneurs and met low-tech, low-cost innovators in accessible fields like agriculture and construction to gain a better appreciation for how they could create jobs to support themselves.

Rwandan employers have also identified a skill-gap in their country, and our computer literacy program is preparing our kids to help close this gap. With 90 new laptops and a robust curriculum already in action, our students are rapidly gaining experience in key programs like Microsoft Word. Many of our kids had never even touched a computer before coming to the Village, which makes their growing talent for typing and editing documents, including CV’s and cover letters, all the more impressive. Combined with an introduction to the basics of hardware and software in Term 1 of 2017, we believe that this level of computer literacy is critical to breaking the cycle of poverty.

Finally, with Rwanda’s rapid pivot to the East African Community, the English language has become integral to both education and commerce. By focusing on four key skills – listening, speaking, reading, and writing, our revised program strategy is creating an immersive learning environment capable of giving our students the confidence they need to succeed. According to Naomi, our English Enrichment Fellow, English education in Term 1 of 2017 was both fun and innovative. Reviewing the basics of speech, verb tenses, and introductions, our youngest students expanded their English vocabularies. One student named Diane even managed to read 20 novels in just six weeks. As they get ready to tackle storytelling and reading comprehension in Term 2, our latest Enrichment Year has already gained the solid foundation they need to master the language.

In the ten years since we first broke ground on our Village, your compassion and abiding support have allowed us to transform 1,130 young Rwandans into true leaders and ethical change-makers. As we enter our second decade of operation, we hope that you will stand by us in making a difference for the children of Rwanda. 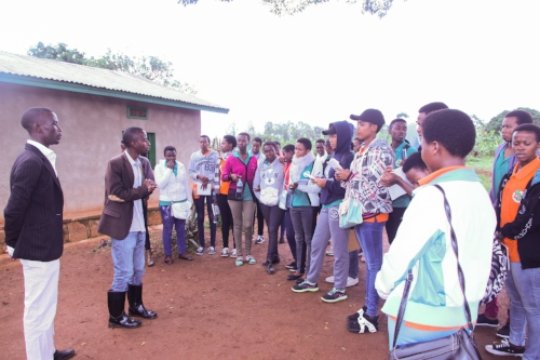 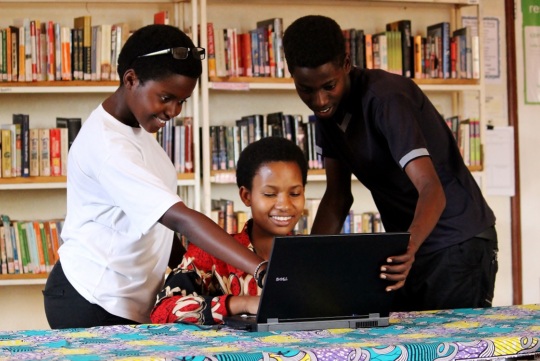 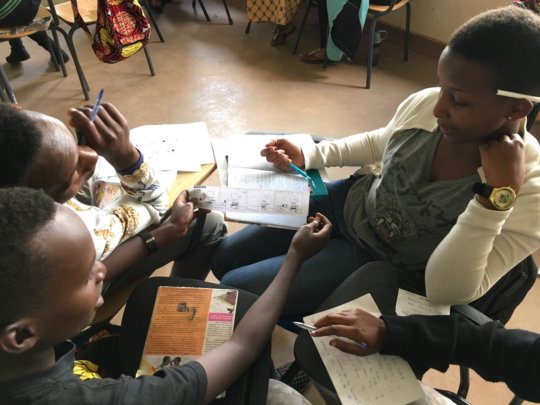 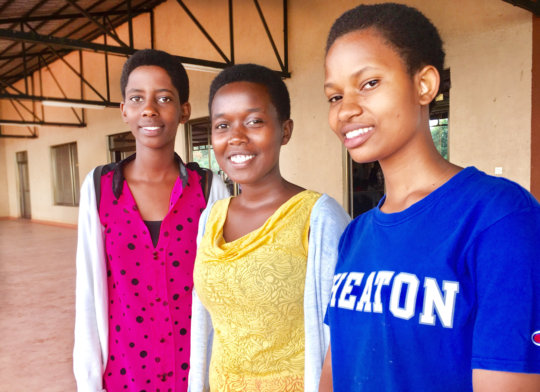 The Agahozo-Shalom Youth Village is home to an incredibly diverse and talented student family. Representing each of Rwanda's 30 districts, our 528 kids have overcome terrible hardships to earn a rich and rewarding education. Each of our students has accomplished so much, and they could not be more grateful for your support. Truly, it is thanks to your compassion and generosity that students like Merci, Desange, and Bella have the knowledge and resources they need to succeed. We hope you take heart in their courage:

Before coming to the Village, Merci lived with her mother, brother, and two of her five sisters in Kicukiro District, Kigali Province. Her mother could not find reliable work and often struggled to pay her children's school fees. While Merci was able to attend a local girl's school, her education was always at risk. With your steadfast backing, Agahozo-Shalom was there to lend a hand. Now entering her third year in the Village, Merci has become an accomplished student of physics, chemistry, and biology, and has found her calling in medicine. Having served as our Student Government's Minister of Health, she hopes to study medicine abroad while joining "the effort for gender equality worldwide."

Living with her mother and two sisters in Musanze District, Northern Province, Desange's family was often unable to afford her education. Your giving made it possible for her to leave those worries behind, however, when she came to ASYV. Now a student of mathematics, economics, and computer science, Agahozo-Shalom has improved Desange's "confidence and...English skills." These strengths have empowered her to serve as our Student Government's Minister of Student Initiatives, a position that she says allows her "to be the voice for those who have ideas but lack the confidence and conviction to share them." With a plan to study business and information technology in the United States, Desange hopes to contribute to Rwanda's development by starting her own business.

Bella lived with her mother, sister, and two brothers before attending Agahozo-Shalom. Much like Merci and Desange, Bella's mother struggled to pay her children's school fees. When Bella learned of her admittance to Agahozo-Shalom, she felt "overjoyed." She knew that her mother would never again have to worry about the cost of her education. An eager student of mathematics, economics, and geography, Bella has served as our Student Government's Minister of Education and helped our debate team win at the national level in 2016. Thanks to your help, Bella now dreams of studying politics and economics in the United States, and finding work with the Rwandan Ministry of Education.

Thank you for taking the time to learn just a bit about Merci, Desange, and Bella. We know that these bright young people will build a better future for Rwanda and the world, and it is because of you that they can do more than dream of a brighter tomorrow. They can achieve it. Once again, murakoze cyane (thank you very much).

If you would like to learn more about Merci, Desange, and Bella, please visit the "Meet Our Students" page on our website. 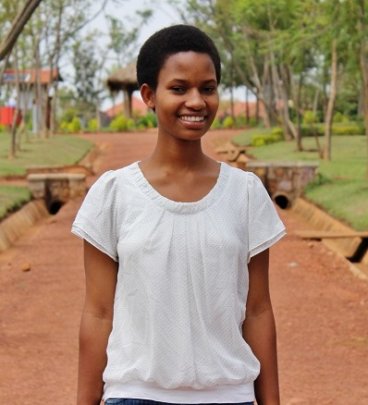 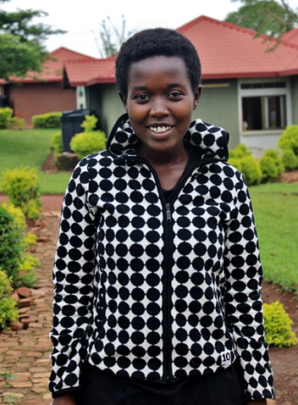 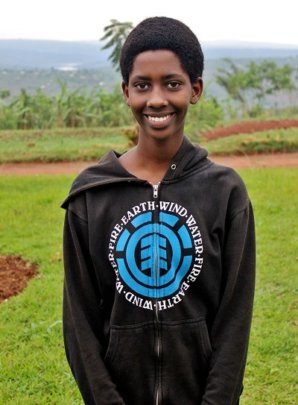 Ishema Grade "Lights Up the World" 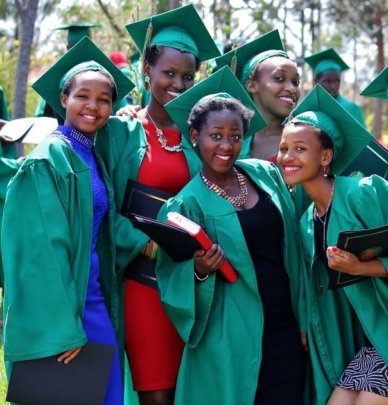 On October 20th, we celebrated Ishema Grade's graduation. The fifth Class to graduate from The Agahozo-Shalom Youth Village, Ishema Grade joins an illustrious group of alumni, now numbering over 600. Thanks to your generosity, every one of our graduates develops a resilient sense of determination and a profound hope for the future. With 335 of our alumni studying at university in Rwanda or abroad, and 83 of our alumni working across Rwanda or serving as interns in the Village, we have every confidence that Ishema Grade will pay it forward in similar ways.

With the understanding that many of our students will never get to enjoy another graduation ceremony, we always do our best to make the event memorable. Following a moment of silence in honor of our late Founder, Anne Heyman, the first speaker of the day stepped up to the podium. Vincent Kalimba, our Village Director, recounted all of the ways Ishema Grade has given back to the community. From building houses to cultivating kitchen gardens, the students of Ishema grade have been eager and effective change-makers. In his closing remarks, Vincent called on our graduates to keep it up as "socially responsible citizens." We have no doubt that they will exceed even our greatest expectations.

During one of the more moving segments of the ceremony, graduates of Ishema Grade then shared their memories and ideas for the future. From a video recounting all of the ways Agahozo-Shalom has made a difference in their lives, to a spoken word performance asking every graduate to work hard to achieve their dreams, our graduates showed that Agahozo-Shalom healed their hearts, and gave them the courage to heal others, too.

Finally, it was Ornella's turn to speak. Valedictorian of Ishema Grade, Founder of Girl Up ASYV, and a four-time National Debate champion, Ornella rose above a neglectful background in the spirit of Agahozo-Shalom. Given the chance to speak to her brothers and sisters of the Village, Ornella praised her peers before asking them to "light up the world with their luminous light." As Ornella said, she and her classmates once suffered in the darkness, but now they have the knowledge, skills, and drive to light up Rwanda and the world.

Thank you for taking the time to read about Ishema Grade's graduation ceremony, and thank you again for your generosity. None of this would have been possible without you. 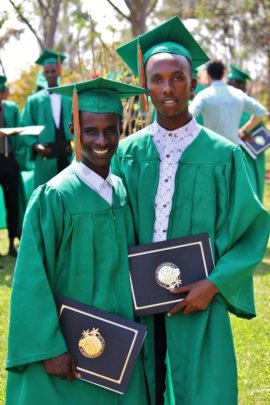 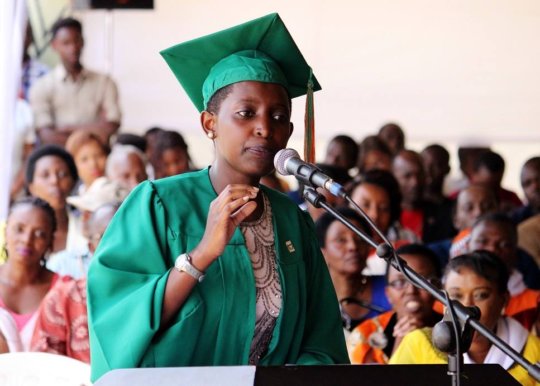 Ornella
‹ 1 2 3 4 5 6 7 8 9 ... 11 ›
WARNING: Javascript is currently disabled or is not available in your browser. GlobalGiving makes extensive use of Javascript and will not function properly with Javascript disabled. Please enable Javascript and refresh this page.