Getting screened for the first time 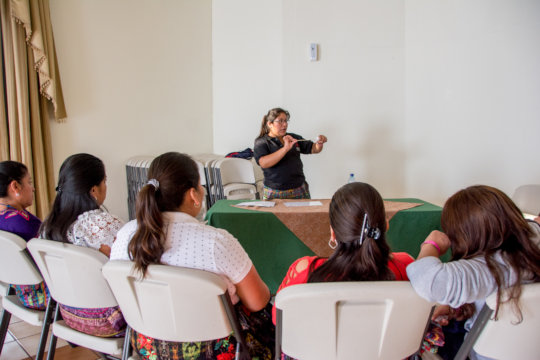 Nurse Senayda explains how the screening is done

As the Medical Director for WINGS Guatemala, I am proud to present last year’s cervical cancer prevention results, which you can now check in our recently published 2017 Annual Report. In 2017 alone, we screened 3,345 women, we detected 135 positive cases, and we were able to treat 84 of them using cryotherapy.

As you may know, we use visual inspection with acetic acid (VIA) to detect precancerous cells, an effective and simple method that allows us to deliver immediate results and treat some of the abnormalities straightaway. The VIA technique is recommended for women between the ages of 25 and 50, as this method may diagnose false positives in patients out of that age range. Last year, 872 women chose WINGS to get a cervical cancer screening for the first time. This means 26% of the women we examined had not been screened before the age of 25.

All women should begin to get cervical cancer screenings upon initiating sexual activity. However, according to the Guatemalan Ministry of Health, only 3.7% of women between 15 and 19 years has ever had a pap smear. This percentage increases to 24.8% in the age range between 20 and 24 years, and to 52.9% in ages 25-29, but it does not reach 70% until the age of 35. We find this data exceedingly worrying, as the average age of Guatemalan women’s first sexual intercourse is 15 (Ministry of Health, 2015).

WINGS offers free cervical cancer screenings in all our contraception and surgery clinics. We counsel our patients on the importance of taking care of themselves and how getting examined is part of that self-care. It takes a lot of courage to decide to have a cervical cancer screening if you have never done it before. Some of our patients hesitate to get screened, because they are afraid we might find abnormalities and that they might be too late to treat. It fills our hearts with joy every time a woman decides to take the plunge and have a VIA for the first time. This step is certainly essential to ensure their good health and peace of mind.

Thank you very much for supporting these brave women. 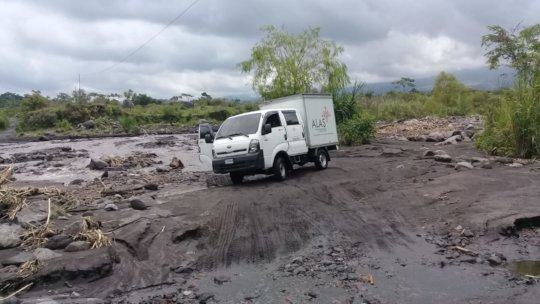 WINGS mobile unit on its way to the shelters

June and July have been particularly challenging months in Guatemala. Fuego Volcano erupted on June 3 and buried entire communities in the department of Escuintla. According to official data, the death toll has reached 161. However, it is very difficult to determine the real number of deaths, as Guatemala has not had a census since 2002. According to the National Statistics Institute (INE), there were 2,345 people registered in the buried communities (1,535 people in El Rodeo and 810 people in San Miguel Los Lotes). Conversely, the National Civil Registry (RENAP) states there are 4,295 adults registered in El Rodeo and 397 adults in San Miguel Los Lotes, but it is unknown whether they were still living there.

Due to the danger and uncertainly caused by the volcanic eruption, WINGS had to cancel the clinics scheduled in the affected areas, as the hospitals were attending injured people and the health centers and clinics were partially destroyed. Nevertheless, WINGS continued doing what we do best: take supplies directly to those in need. As an immediate response, WINGS started bringing short-term contraception to the shelters, as well as basic hygiene and rescue goods. These visits allowed us to identify suitable strategies to provide long-acting reversible contraception (LARC).

WINGS’ first LARC clinic after the disaster in one of the areas adjacent to the volcano was overwhelmingly successful. Our medical team attended 27 patients in Osuna, Escuintla. We are proud of how quickly and efficiently we were able to detect and respond to needs as they arose. We continue to work hard to assure Guatemalans’ right to access contraceptive information and services regardless of this natural disaster and ongoing crisis. 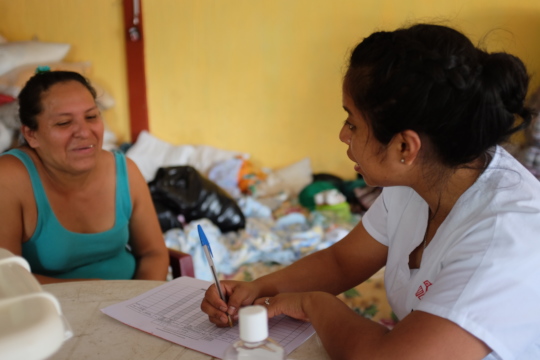 Nurse Alexia provides contraception in a shelter
May 16, 2018 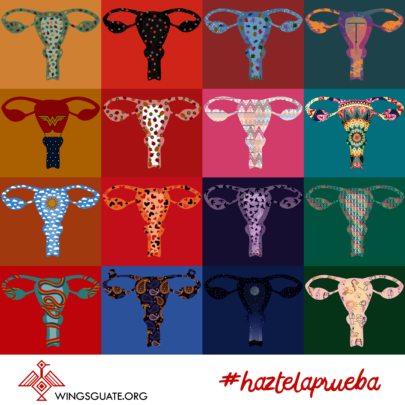 We are very pleased to present the initial results of our most recent campaign aimed at raising awareness for Guatemalan women to have cervical cancer screening. After seeing incredible engagement with our Guatemalans followers on Facebook, we launched the campaign #haztelaprueba (#getscreened) in March to encourage women to get screened regularly. We finished the campaign on May 10 and can proudly say it was resounding success: our Facebook posts reached more than 26,000 Guatemalans!

After every announcement we posted, we received several private messages asking questions regarding the procedure: “How does it work?”, “Do I get the results the same day?”, “Can I get cryotherapy treatment?”, or even “Is it really necessary that I get screened?” People wrote from different areas (Sacatepéquez, Quiché, Baja Verapaz and Guatemala City) and we successfully referred them to upcoming clinics or other resources in their communities.

We believe part of the success of this awareness campaign was talking about cervical cancer prevention while simultaneously addressing other subjects. The focus of the campaign was to show a vast diversity of uteruses (as shown in the picture) to let women know that they should get screened regardless of their medical record, sexual practices or personal situation. We tackled topics such as LGBT, teenage pregnancy, and indigenous culture, amongst others.

Approximately 1,500 Guatemalan women are diagnosed with cervical cancer every year, and some groups are significantly more vulnerable to it. In fact, indigenous and rural territories are more likely to have restricted access to health services than urban areas, and homosexual and bisexual women get less routine sexual health care, even though they can also be exposed to HPV and cervical cancer.

The overwhelming response to this campaign shows the need to provide trustworthy information about cervical cancer prevention, as well as the need to pay particular attention to groups that may be more at risk of not being diagnosed on time.

In 2018 alone, we aim to provide 3,700 cervical cancer screenings, and thanks to your support, we know we are on the right path!

‹ 1 ... 4 5 6 7 8 9 10 11 ... 33 ›
WARNING: Javascript is currently disabled or is not available in your browser. GlobalGiving makes extensive use of Javascript and will not function properly with Javascript disabled. Please enable Javascript and refresh this page.